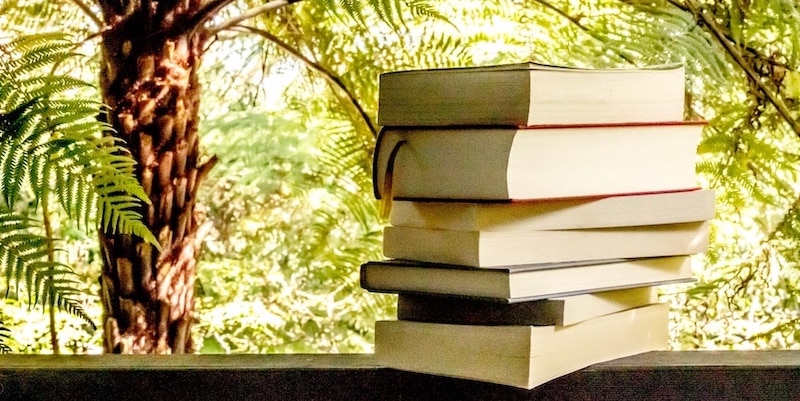 Geraldine Brooks’ Horse, Andrew Holleran’s The Kingdom of Sand, and Ed Yong’s An Immense World all feature among the Best Reviewed Books of June.

“… thrilling … This layout may seem a little too neat—and, indeed, the symmetry of the novel’s interlocking plots might well have dulled its emotional effect were it not for Ms. Brooks’s almost clairvoyant ability to conjure up the textures of the past and of each character’s inner life … Above all, she makes us both impatient to see and fearful to learn what might befall Theo, the black graduate student who rediscovers the painting, and, centuries earlier, Jarret, the enslaved horseman whose story forms the heart of the novel … Alongside this personal drama, Ms. Brooks expertly stages the larger one of the Civil War … Chapters set in the 19th century are therefore richly populated and dense with talk of emancipation, sedition and corruption. Yet none of this seems forced or perfunctory. Ms. Brooks’s felicitous, economical style and flawless pacing—the way she smoothly accelerates from languor to high adventure—carries us briskly yet unhurriedly along. And the novel’s alternating narratives, by suspending time, also intensify suspense … Ms. Brooks folds into a love story the weighty matter of racism and its lethal consequences without stalling the graceful narrative flow.”

“Fierce, lyrical … Through Mottley’s deft maneuvering of a resolute mind in free fall, we watch, powerless, as a steady trickle of decisions usher Kiara into darkened city streets … The story’s skeleton (the ache in its bones, the truth in its spine) is drawn from recent history … Light reading, it is not; essential to understanding how maddeningly elusive justice can be, absolutely … As a writer, Mottley channels the natural prose of everyday life, the way people and cities breathe and spit and shiver. It is unflinching writing, the kind that soothes even as it strikes; the darkest, most denigrating passages are reliably followed by the light.”

3. The Kingdom of Sand by Andrew Holleran
(Farrar, Straus and Giroux)

“… feel[s] like a summation of Holleran’s work, circling tighter than ever around matters of desire and mortality … The tension in the two men’s ‘shared loneliness together’ has little to do with plot—it’s clear from the start that everybody is headed in one direction, underground. Rather, the suspense is over how—and whether—the narrator is going to confront his and Earl’s mortality … isn’t persistently mordant, but its humor is inevitably of the black-comic sort … It’s rare to find fiction that takes this kind of dying of the light as its subject and doesn’t make its heroes feel either pathetic or polished with a gleam of false dignity … Aging, frailty and death are universal themes. But Holleran also understands them as particular to a culture trained on (as the title of his 1995 novel put it) the beauty of men … This sad, beautiful book captures the sensations Holleran’s characters are chasing—as well as the darkness that inevitably comes for them, and us.”

1. The Facemaker: A Visionary Surgeon’s Battle to Mend the Disfigured Soldiers of World War I by Lindsey Fitzharris
(Farrar, Straus and Giroux)

“A fascinating medical history … As Fitzharris works her way through various types of trauma…she chronicles the rise of the various medical arts brought to bear in treating them. She threads into such discussions cultural commentary and a social history of ableist notions of beauty and health … Fitzharris successfully balances the story of plastic surgery’s growth with a compassionate attention to those whose wounds made it possible. Photos that document the ‘before and after’ faces of patients are chosen with due care.”

2. An Immense World: How Animal Senses Reveal the Hidden Realms Around Us by Ed Yong
(Random House)

Listen to an interview with Ed Yong here

“That I found myself surprised at so many moments while reading An Immense World, Ed Yong’s new book about animal senses, speaks to his exceptional gifts as a storyteller—though perhaps it also says something regrettable about me. I was marveling at those details because I found them weird; but it turns out, if I try to expand my perspective just a bit, they aren’t so weird after all … Yong offers these facts in a generous spirit, clearly aware that part of what will enthrall readers is discovering just how few of these facts many of us have known … Yong’s book is funny and elegantly written, mercifully restrained when it comes to jargon … If there is a benefit to trying to imagine ourselves into the experiences of others, maybe it lies in the enormous difficulty of doing so; the limits of every species’ sensory bubble should serve as a reminder that each one of us has purchase on only a sliver of reality.”

3. Also a Poet: Frank O’Hara, My Father, and Me by Ada Calhoun
(Grove)

“[A] grand slam … Also a Poet began as Calhoun’s attempt to finish what her dazzling, absent-minded father couldn’t … But it turned into something much less dutiful, and more interesting, a story about both the impossibility of reconstructing another person’s life and the importance of trying … Calhoun’s through-her-teeth hisses at her father’s fumbling are great, as are the tapes: snatches of poetry unto themselves … A big valentine to New York City past and present, and a contribution to literary scholarship, molten with soul.” 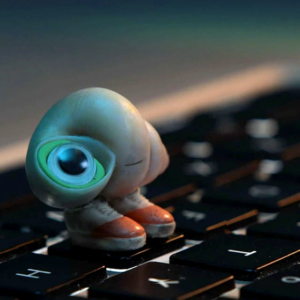 This week, I saw a dear old friend at the movies and I am pleased to say that he seems better than ever. I first became...
© LitHub
Back to top
Loading Comments...