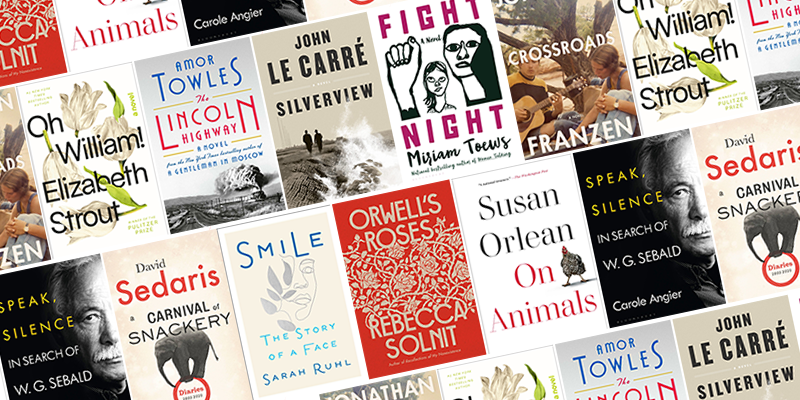 “[A] mellow, marzipan-hued ’70s-era heartbreaker. Crossroads is warmer than anything he’s yet written, wider in its human sympathies, weightier of image and intellect. If I missed some of the acid of his earlier novels, well, this one has powerful compensations … Franzen patiently clears space for the slow rise and fall of character, for the chiming of his themes and for a freight of events—a car wreck, rape, suicide attempts, adultery, drug deals, arson—that arrive only slowly, as if revealed in sunlight creeping steadily across a lawn … Franzen threads these stories, and their tributaries, so adeptly and so calmly that at moments he can seem to be on high-altitude, nearly Updikean autopilot. The character who cracks this novel fully open—she’s one of the glorious characters in recent American fiction—is Marion, Russ’s wife … The Franzen-shaped hole in our reading lives is like a bog that floods at roughly eight-year intervals. This time that bog is shot through with intimations of light.”

“… a novel-cum-fictional memoir, a form that beautifully showcases this character’s tremendous heart and limpid voice … Lucy’s determination to tell her personal story honestly and without embellishment evokes Hemingway, but also highlights fiction’s special access to emotional truths … A memoir, fictional or otherwise, is only as interesting as its central character, and Lucy Barton could easily hold our attention through many more books. What Strout is trying to get at here—how the past is never truly past, the lasting effects of trauma, and the importance of trying to understand other people despite their essential mystery and unknowability—is neither as straightforward nor as simple as at first appears. Oh William! explores William and Lucy’s relationship, past and present, with impressive nuance and subtlety … You needn’t have read Strout’s previous books about Lucy Barton to appreciate this one—though, chances are, you’ll want to … Being privy to the innermost thoughts of Lucy Barton—and, more to the point, deep inside a book by Strout—makes readers feel safe. We know we’re in good hands.”

“… gorgeously crafted … The Lincoln Highway deftly shifts between first- and third-person narration … Towles binds the novel with compassion and scrupulous detail: his America brims with outcasts scrambling over scraps from the Emerald City, con artists behind the curtain, the innocents they exploit … Examining the dynamics of race, class and gender, Towles draws a line between the social maladies of then and now, connecting the yearnings of his characters with our own volatile era. He does it with stylish, sophisticated storytelling. There’s no need for fancy narrative tricks … The Lincoln Highway…is a long and winding road, but one Towles’s motley crew navigates with brains, heart and courage. The novel embraces the contradictions of our character with a skillful hand, guiding the reader forward with ‘a sensation of floating—like one who’s being carried down a wide river on a warm summer day.’”

“Le Carré favors the close third person, but every point of view has just enough opacity that readers can never be sure they’ve seen everything … Typically, le Carré’s narrative warheads are lodged in his endings. The novels patiently build up to a final explosion, leaving readers with a greater sense of dismay than of triumph. Endings, for le Carré, were reckonings. This slender volume (just over 200 pages) does conclude, rather abruptly, but it lacks what le Carré has taught us to expect of an ending. You can wonder, indeed, whether he had quite got around to finishing the book … if Silverview feels less than fully executed, its sense of moral ambivalence remains exquisitely calibrated. Besides, novelists of le Carré’s stature are not diminished by their lesser efforts; Henry James closed his career not with his masterly The Golden Bowl but the wanly schematic The Outcry. The Republic of Literature has room for both.”

“… brilliant … she triumphs over a tough assignment: to write an entire novel in the voice of a child … Toews gives Swiv a voice that is sophisticated, childlike and utterly believable … The novel features a supporting cast of men that allows Toews to comment on examples of the patriarchy at work … This material could have been strident, but the wonder of Fight Night is that it’s a warmhearted and inventive portrait of women who have learned to fight against adversity.”

“Essayist that she is, Rebecca Solnit pursues her subjects down multiple pathways of thought, feeling, memory and experience, aided by historical research and the intuitive literary hunch, as needed. Like George Orwell as essayist, the subject of her latest book and her model, she deploys the full human instrument in service of her curiosity … wide-ranging yet disciplined … This is Solnit applying economic and social analysis to longstanding cultural mythology. How, the reader wonders, is the life-loving Orwell she has just conjured going to survive this scrutiny? … She implicates us in these comfortable delusions … I won’t give away how Solnit rescues her portrait of Orwell from the bear trap she has sprung on it. Suffice it to say that in the end she throws us up on the shores of our flawed, vulnerable selves through a detailed portrait of Orwell dying in his mid-40s on an island in the Hebrides as he writes 1984. That novel, Solnit convincingly shows, is not primarily about how totalitarianism works but rather about what it destroys: consciousness, experience, life lived with the full human instrument—the very vision of political freedom that she has earlier identified at the heart of Orwell’s values … Solnit doesn’t argue with her own counterpoint. She just creates a frame large enough to contain both revolutionary brilliance and unwitting reactionary associations in the same person—large enough to contain life’s contradictions in a way that only the essay, that humble literary mouthpiece, can.”

“What he does in his exquisitely crafted essays is reconstruct his life as a funny story, the kind you’d hear at a dinner party if you were very lucky in your friendships … When Sedaris’s first volume of diary entries came out, I was curious to peek behind the curtain of his prose. It turned out, the diaries…are as clear, direct and funny as his essays … Sedaris’ essays have a strength: They exist for a reason — namely, to describe and preserve his family. His family is the deciding factor that makes him a warm and funny writer to the core, and not a lonely, abstract one … The entries in A Carnival of Snackery focus on small things, the kind of thing Sedaris notices … What sets Sedaris’s diaries apart from his essay collections is not that they’re more intimate (more wouldn’t be possible) or that they show a different aspect of the author or his life, but that the collections themselves are longer. Time passes … To portray the passage of time is, I think, the great artistic advantage of a thick novel or a long memoir. It’s large-scale art: architecture rather than sculpture, grand painting rather than doodle. The problem with a big, structural work of art is that the small parts often atrophy and drift away. Someone like Sedaris, who has such a gift for illuminating small things, would normally have no business crafting an edifice. But the beauty of a diary is that it doesn’t need to be crafted. It just grows on its own, while the diarist concentrates on the human-scale (or even microscopic) things that interest him.”

5. Smile: The Story of a Face by Sarah Ruhl
(Simon & Schuster)

“In her thoughtful and moving memoir Smile, Ruhl reminds us that a smile is not just a smile but a vital form of communication, of bonding, of what makes us human … Ruhl may have had access to more resources than most, but her struggles nonetheless feel universal. And that is the thread that binds this beautifully written story … Ruhl may have lost the face she once knew but she reminds us that ‘in truth, we don’t have to win to be grateful. We can always thank the people we love, the people who help us, even when we don’t win an award. We often just forget to.’ That’s the kind of simple poignancy that elevates this book.”

“The Way the Tides” 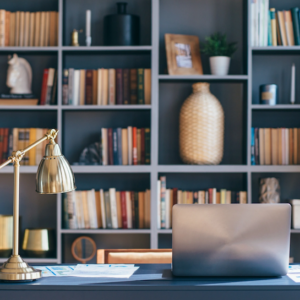 Nearly 600 days into the national health emergency of the COVID-19 pandemic we now face a concurrent mental health pandemic....
© LitHub
Back to top
Loading Comments...