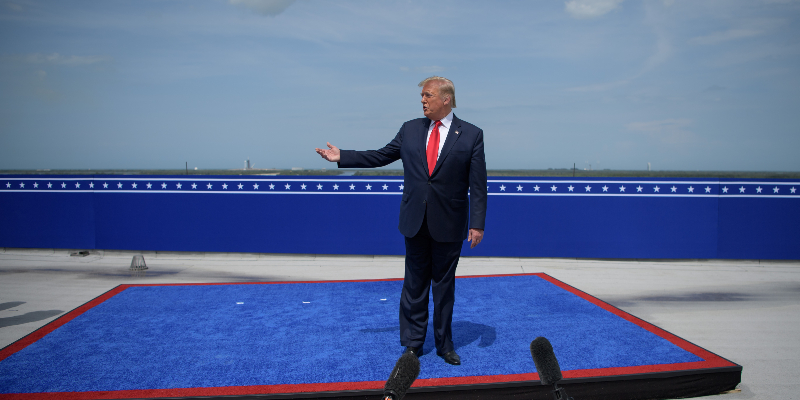 Carlos Lozada in Conversation with Andrew Keen on Keen On

On today’s episode, Carlos Lozada, author of What Were We Thinking, discusses why all the recent literature dissecting the Trump era has gotten it all wrong.

Andrew Keen: One thing that was interesting as well, there wasn’t a section in the book on foreign observers on America. I guess that first section on the white working class was kind of foreigners going to another land. Of course, the greatest classic of all about America, at least in written form, was Tocqueville’s Democracy in America. Perhaps it requires a foreigner, Carlos, to really make sense of America.

Carlos Lozada: There’s a great tradition, starting with Tocqueville, of doing that. And I think there is a sense in which bringing that kind of different eye to any society can let you see things a little bit more clearly. But with the drawback of, you become sort of captive to whatever you happen to see and to your own preconceptions about what’s going on.

Andrew Keen: I thought that if there was one argument that you have in the book, that was it—that Trump is this figure who confirms whatever you believed in the first place. He’s the Rorschach test. You come to an argument and he fits into whatever you believe in the first place. That’s perhaps why there are so many books, so many theories, so many TV shows and podcasts about him.

Carlos Lozada: There were several books, including some books that I thought were quite good and persuasive, that have that underlying vibe to them: “See, this just shows you what I’ve been thinking all along.” You see that in books as diverse as Naomi Klein’s book, No Is Not Enough, where in Trump she sees basically the culmination of all the forces she’s been writing about for years, but also in a book like Audience of One, which is James Poniewozik, the TV critic for the New York Times, his book about Trump in television, and how he sees in Trump proof of all the trends in programming and audience silos that he’s been writing about as a TV critic for years. It doesn’t mean they’re wrong. It just means it’s easy to see in a figure as polarizing as Trump confirmation of your worst fears or of your hopes.

Andrew Keen: I’m actually in his camp; I think that he’s right on the television quality. If you had a home in one of your ten chapters, Carlos, where would you be?

Carlos Lozada: Oh, I had not thought of that. Well, it’s interesting, different parts of your identity come to the fore in different moments. And, you know, I’m an immigrant. I came to this country as a child from Peru, and that absolutely affects the way I evaluate this period. There’s a chapter in the book on the debates over immigration. And for me, reading those books and reflecting on those debates became inseparable from reflecting on my own experience.

Now, it’s solely my own. I won’t pretend to speak for anyone else. Everyone’s immigrant experience is different. But I have gone through the naturalization process to become a citizen. I’ve been terrified of losing my green card. I have friends and relatives at varying levels of of legal status. And so, that’s an understanding that I could bring to it.

At the same time, immigration is an act of faith, and an act of hope and confidence in the country that you’re going to. And so, that experience doesn’t limit me to the immigration debate. The debates over the American idea and the future of American democracy, immigrants also have voice in those conversations.

Carlos Lozada is the nonfiction book critic of The Washington Post and winner of the 2019 Pulitzer Prize for criticism.

On Sylvia Plath's Creative Breakthrough at the Yaddo Artists' Colony 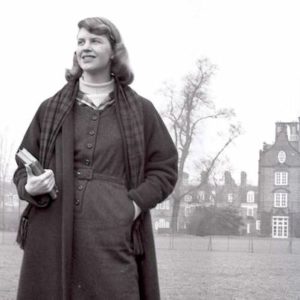 On Sylvia Plath's Creative Breakthrough at the Yaddo Artists' Colony

After ten months of living in Boston, Sylvia Plath and Ted Hughes spent the fall of 1959 at Yaddo before returning to England....
© LitHub
Back to top