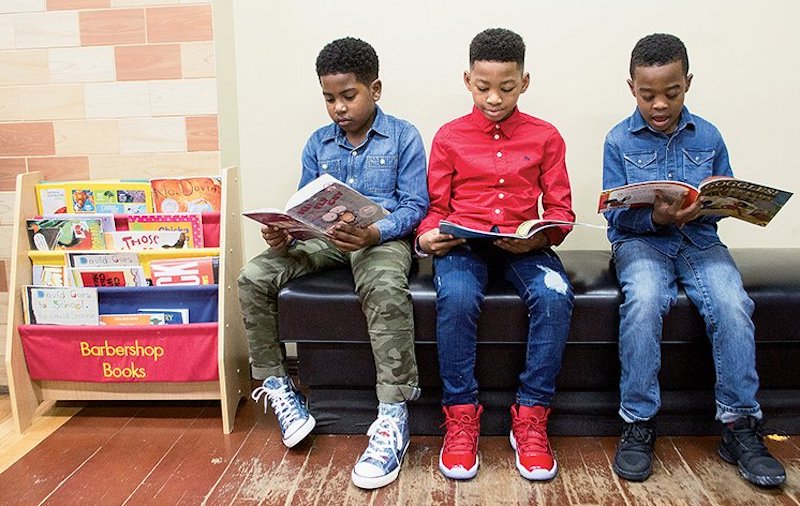 What One Person Can Do to Get People Reading

The Story of Alvin Irby and Barbershop Books

Alvin Irby never wanted to become a teacher, the same profession his mother held for over 30 years in the Little Rock, Arkansas school district in which he grew up. But the adults in Irby’s life saw potential in him that he couldn’t see in himself. “My high school principal, one day during my senior year, he told me, ‘You’re going to be a better principal than I ever was,’” Irby recalls. “And I remember looking at him and saying, ‘Never! I will never go into education!’”

Yet his principal proved prescient. Irby did go into education, and after teaching for several years, he founded Barbershop Books, a reading incentive program that connects young black boys, ages four to eight, to books in male-centered reading spaces. “Barbershop Books’ primary goal is to increase the out-of-school reading time among black boys and to help young black boys identify as readers,” Irby says. “A lot of reading programs are focused on reading skills. That’s not what Barbershop Books is about. Our program is about connecting fun books to a male-centered space, and involving black men in boys’ early reading experiences.”

The seeds for the idea were planted when Irby was a high school sophomore. “In tenth grade, I was in regular English class,” he says. “We were reading short stories and doing spelling lists. This is what we were doing in tenth grade English. And I remember being bored out of my mind.”

So he went to his guidance counselor and requested a more challenging class. “When I switched into this pre-AP class, one of the first things that I noticed when I looked around, or a question that popped in my head, was, ‘Where did all of these white people come from?’” Irby says. “My regular English class was all black. When I switched into this advanced class, all of a sudden, there were white kids everywhere. I didn’t even know they were in the school! And then I started to wonder, why are these classes divided along racial lines like this? What is that about?”

In the advanced class, they read entire novels and wrote book reports. When the teacher handed out the book list, Irby didn’t recognize most of them. He had to sit down with a dictionary while reading The Great Gatsby because there were so many words he didn’t know.

Irby admits that at the time, he didn’t have the conceptual understanding or the vocabulary to name institutionalized racism. But seeing the disparity between the reading expectations of these two classes did something to him. “I began to really think, if this is what tenth grade English is supposed to be, why aren’t my friends and the people I know from my neighborhood getting the same thing in regular English?” he says. “This experience sparked my interest in investigating and figuring out what the reading habits of my peers were.”

Junior year, Irby ran for student council president. “My platform was that I was going to create a reading incentive program for my high school,” he says. “I began to really view reading as a political issue.” Irby conducted a survey of 200 of his peers to find out more about their reading habits. “What I found out was most students didn’t read at all if it wasn’t required for class,” he says.

The survey results led Irby to create It Takes Two, in which students had to write two paragraphs summarizing books they read and enter them into a competition. He partnered with the local Barnes & Noble and was awarded an $810 grant to give gift cards to the top three entries. “Creating the It Takes Two program, it really expanded my realm of possibility,” he says. “What it taught me is that my ideas matter. And not only do my ideas matter, but they matter so much that they can inspire other people,” he says.

“My regular English class was all black. When I switched into this advanced class, all of a sudden, there were white kids everywhere.”

After high school, Irby went to Grinnell College. When he graduated, he tried a variety of professions, from stand-up comedy to trading stocks. Eventually, he pursued a Masters in childhood education from Bank Street Graduate School of Education. He taught a variety of grades in all kinds of schools: private, public, and charter.

But it wasn’t until his year as a first grade teacher in the Bronx that a chance encounter changed the trajectory of his life. “While I was teaching in the Bronx, there was a barbershop across the street from my school,” he says. “One day after school, I was getting a haircut in this barbershop, and one of my first grade students walked [in]. And while I was sitting there getting my haircut, he was just sitting there doing nothing—looking bored, getting antsy, and staring out the window. And the whole time I was looking at him, all I kept thinking to myself was, he should really be practicing his reading right now.”

Since Irby knew the child’s reading level, all he wanted was to give the child a book while he waited. “I spent my whole life going to barbershops, so I understand the cultural significance for black people,” he says. “And because I was a first grade teacher, and that’s the biggest year for reading, I was sensitive to kids reading and what would help support their reading.”

According to Irby, in the US, less than two percent of K-12 teachers are black males, and a majority of black boys are raised by single mothers. “A significant amount of black boys don’t have black male reading models at school or at home,” he says. “Because many of these same boys visit the barbershop once or twice a month, barbershops, and more specifically the relationship that barbers have with young boys, creates a unique opportunity to cultivate black boys’ reading identities.”

Eventually, Irby left teaching to become Education Director for Boys Club of New York. There, he learned first hand what goes into running nonprofits. A year later, he went back to grad school at NYU to receive a Masters in Public Administration, with the aim of starting his own reading nonprofit.

In November 2013, Irby formally founded an organization that he called Reading Holiday Project. He soon realized that name was a mistake. “I started reading branding and marketing books, and I realized ‘Reading Holiday Project’ was a horrible name for what I was doing,” he says. Originally, he got the idea when he studied abroad in London. He had an internship at an office that was charged with finding truant children. “Unauthorized Holiday” was the number one reason kids were absent from school. “When I had this idea to put children’s books in barbershops, I said I want kids to have to take a little reading holiday,” Irby says. “But of course, people were like, does this have to do with Christmas?”

In 2014, he re-branded the initiative as Barbershop Books. That same year, the first barbershop reading space opened up: Denny Moe’s Superstar Barbershop on W. 134th and Frederick Douglass in Harlem. “I began to make a distinction between the organization, Reading Holiday Project, and the program, Barbershop Books,” Irby says. “And I kid you not, as soon as I had [the logo] and I started calling this idea Barbershop Books, it just began to take off.”

In 2015, Barbershop Books was a finalist at the University of Pennsylvania’s Fels Institute of Government Public Policy Competition. It received a write up in Governing Magazine, which is distributed to local government officials across the United States. That article led to another one in CityLab, which led to a story on CNN. From there, Irby says there has been a domino effect of publicity and opportunity. In 2016, he secured a partnership with Scholastic to purchase bulk books at a discounted rate. Previously, Irby was buying books online with his own money.

The growth of the program has been explosive. In 2015, Barbershop Books was in ten barbershops in NYC. Today, there are reading spaces in over 100 barbershops across 34 cities in 20 states. Whenever they go into a new city or barbershop, Irby’s team provides in-person early literacy training to barbers. “We actually train them how to create early positive reading experiences for kids in their shops,” he says.

While the growth has been encouraging, Irby doesn’t want to stop there. “Our goal is to reach 800 barbershops across 20 target cities over the next three to five years,” he says. “When we reach that amount, we will be able to reach 32,000 black boys per month.”

After a short pause, he adds, “And all we have to do is raise $3 million dollars somehow. . .”

To find out more about Barbershop Books and help them reach their goal, visit their website and consider making a donation.

Edmund White and Emily Temple on Literary Feuds, Social Media, and Our Appetite for Drama 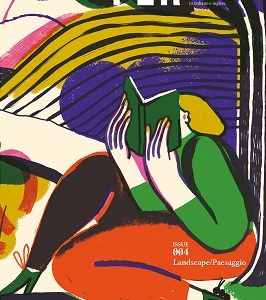 Matteo’s feet don’t touch the floor. The seats on the train are enormous and he swims in his, filling my fatherly heart...