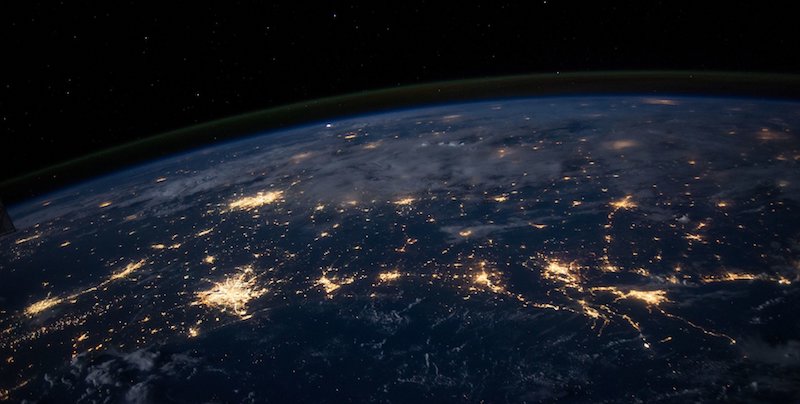 Benjamin Percy on Creating a New World Within the Old

My nerves felt short-circuited, incapable of the sensory overload I have experienced when holding my newborn son for the first time or carving up powder on a black diamond run at Mt. Bachelor or standing before Pollock’s Autumn Rhythm at the Met or listening to the Stones play “Sympathy for the Devil” live in San Francisco. I was numb, a flat-lined feeling, as if I had lost my capacity for awe.

Within seconds of something happening—in DC, Rio, Beijing, wherever—I can log on to social media for a shouty stream of live updates as people parse out truths. Here are ten cell phone videos mixed up with a grainy kaleidoscope of body cam and surveillance camera footage. Here are five witnesses and ten newscasters and fifty experts all hashing it out.

We know everything, always. Even Mars is no longer a question mark, with drones and rovers and Elon Musk crawling all over it.

I liked the idea of battling back against this—in my life and in my work.

I stopped reading the news online and pivoted to print newspapers and magazines for their patient solidity, their marinated thoughtfulness. It was okay, I decided, to not live in a constant state of breaking news.

And I dreamed up a project that reveled in uncertainty and mystery. I wanted to upend my reader’s understanding and expectations of the world. If I built something that defied easy explanation I might create something that was in short supply in my life and the world: awe and wonder. The sublime.

The idea behind my new series, the Comet Cycle, at a glance, appears to be an age-old sci-fi familiar. A comet streaks through the solar system. When our planet spins through the debris field, we’re introduced to the unexplainable.

But the origin of all this change isn’t important really except as a trigger event. I wanted to create a new world within the old. There isn’t one thing that changes. Everything does. The rules of biology and physics are redefined. The geopolitical theater is ruled by chaos. It is a new dawn for heroes and villains.

The first book—The Ninth Metal—concerns a substance known as omnimetal. It has conductive and absorbent properties that make it a game-changer to the weapons and energy market. And so when a major strike is discovered in northern Minnesota, the middle of nowhere becomes the center of everything.

But that’s just one dent I put in the universe. One novel.

The second novel is not a sequel. It takes place at the exact same time—in a different corner of the country. The Pacific Northwest is in a sudden state of growth, and the alien plant life has produced an unfamiliar garden. The third novel—which also takes place within the same time frame—jumps over to Alaska and focuses on dark (or mirror) matter.

And glowing at the edges of these three books are references to what’s happening on the global stage. In China. In Iran. In the Amazon. In Russia. In a trench at the bottom of the ocean.

I call it the Comet Cycle for a reason. It is not a trilogy. There might be three books to start with, but I am trying to build something infinitely generative. A shared universe.

That’s, after all, where my wonder as a reader began—when I was a kid, pulling down comics for the spinner rack. I’ve been lucky enough to be writing my own cape-and-spandex adventures since 2014. First for DC—with Batman, Green Arrow, Teen Titans, Nightwing. I now work for Marvel, writing X-Force and Wolverine. Nothing gives me more joy, a childhood dream come true. That magic I felt as a kid I still feel now. But I am merely a custodian when I write Wolverine popping his adamantium claws or Batman crashing through a window. The characters and the worlds don’t belong to me.

If I built something that defied easy explanation I might create something that was in short supply in my life and the world: awe and wonder. The sublime.

So I guess you could say, in an effort to bring myself back to life at the keyboard, I decided to fill my brain to the limit. Not with news feeds buzzing in from around the world, but with my own imaginative flood. I was going to construct my own sweeping mythology, my own curious version of an MCU or DCU. It’s a brazen dream, but the uncertainty that came from the challenge stoked a Promethean fire inside me so intense I felt the heat in my fingertips.

The initial creative dare—to create something wondrously experimental, challenged by the unknown—extended to the manner in which the stories would roll out as well. I realize that this is a bold claim, but I wanted to upend the book industry.

Here is how a novel releases. A hardcover hits the stores—maybe with a 27 or 35 dollar price tag stamped on it—and six months to a year later a cheaper paperback rolls out. If I—a giant nerdy reader, an insider in the industry—sometimes hesitate to buy a hardcover, then how must most people feel?

That makes so much more sense to me. And it’s certainly a replication of my buying habits. If I love a novel I read as a mass-market paperback, like Dune, I’ll pick it up as a hardcover to sit on my shelf forever. If I love a movie I saw in the theater, I’ll buy the blu-ray with the director’s commentary and deleted scenes. Collectors invest in high-end items. Casual buyers don’t.

That’s how I pitched the Comet Cycle. I wanted the material itself to be a provocation—so why not its marketing and rollout as well?

So the books will release—as paperbacks—in six-month intervals. And then later be collected into a deluxe hardcover with ancillary short stories, illustrations, and an author’s note.

I don’t know if the books will hit or not. That’s out of my control. But that’s kind of the point. To go wild, do something different, change shit up, and create an experience—from a creative and business perspective—that was lit from beginning to end 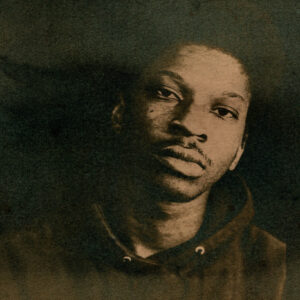 The Longest Year: 2020+ is a collection of visual and written essays on 2020, a pivotal year that shifted our way of experiencing...
© LitHub
Back to top
Loading Comments...