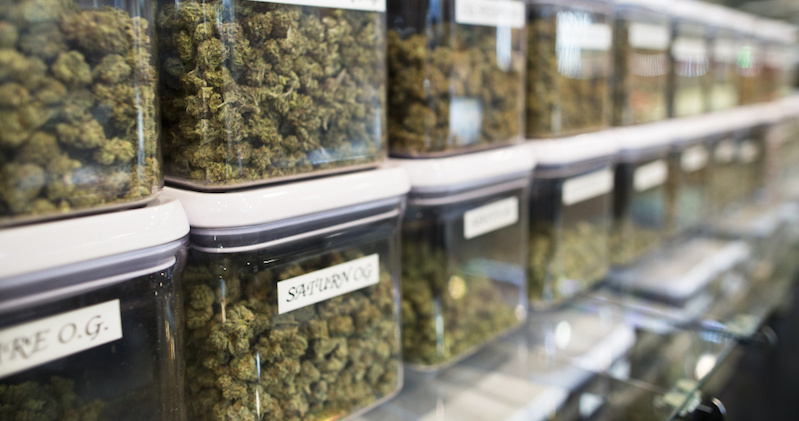 Even When Federal Law Technically Prohibits Them

Twenty-five years ago, marijuana dispensaries did not exist. In 2020, many states deemed them to be “essential businesses” allowed to remain open during Covid-19 stay-at-home orders. While many of those in the burgeoning cannabis industry have continued to operate in the midst of the shutdown, such businesses are ineligible for federal assistance under the various economic recovery plans passed by Congress, as the distribution and possession of marijuana remain illegal under federal law.

The variable treatment of marijuana dispensaries during the pandemic is a microcosm of how marijuana is treated under federal law. Marijuana is a legal product for medicinal use in most US states, and nearly a dozen allow the sale and use of marijuana for recreational purposes. Yet the federal prohibition on marijuana remains in place, so what is legal under state law still violates federal law.

The conflicting treatment of marijuana puts those who produce, sell, and consume various marijuana products in an interesting position. Marijuana businesses pay taxes, but cannot deduct business expenses on their federal tax returns. They sell products to consumers, but are generally excluded from credit card transactions and banking services due to federal regulation.

A state-issued medicinal marijuana card may enable an individual to obtain cannabis-based medical treatments, but may also preclude them from buying a gun or living in public housing. And because lawyers are not allowed to assist clients with actions that will violate the law, marijuana businesses can face a harder time trying to comply with the law of their state.

If Uncle Sam wants to prohibit marijuana, it has to enforce the law itself, at least in those jurisdictions that prefer a different approach.

How did we get here? This state of affairs is a consequence of America’s federalist system, in which individual states have substantial legal authority and practical ability to go their own way. Under the US Constitution, government power is divided between the states and the federal government. Article I of the Constitution delegates to Congress a set of broad, but limited, powers, leaving all other government powers to the states, including most criminal law enforcement, land-use planning, and regulation of businesses.

What this means as a practical matter is that if Uncle Sam wants to prohibit marijuana, it has to enforce the law itself, at least in those jurisdictions that prefer a different approach. This is a real constraint on federal power because the average cop on the street is part of a state or local police force, not a federal agency. In the case of drug enforcement, there are approximately four times as many state and local law enforcement officers in the first two states to allow recreational use of marijuana—Washington and Colorado—as there are federal Drug Enforcement Administration (DEA) agents across the globe.

So while a federally regulated bank may have to worry about providing financial services to a local dispensary, the dispensary and its customers have little to fear from federal law. If the dispensary’s activities are allowed in their local jurisdiction, the likelihood of prosecution is very small.

This practical reality meant states felt free to experiment with marijuana policy reform despite federal prohibition. Beginning with California, some states tried legalizing marijuana for medicinal uses in the 1990s, and then in 2012 Colorado and Washington became the first states to legalize recreational use. Nine more states and the District of Columbia have followed since, and over half of the states allow medicinal use.

Because different jurisdictions have adopted different policies, we have been able to learn a fair amount about the effects of marijuana law reform. As it turns out, the predictions made by supporters and opponents were exaggerated. Legalizing marijuana has generated tax revenue, but has hardly been an economic savior. Making marijuana more available did not eliminate drunk driving, but it does not appear to have had significant negative consequences either, nor is there evidence yet of new youth epidemic.

And some of what we have learned was totally unpredictable, such as that respiratory illnesses from vaping THC are much lower in states that legalized marijuana, perhaps because users have legal alternatives to black-market products.

The key marijuana policy debate going forward may not be whether to legalize so much as how to make marijuana laws work in our federalist system.

When the nation ended its experiment with alcohol prohibition by adopting the Twenty-First Amendment, alcohol did not suddenly become legal throughout the nation. Rather, the decision whether to legalize was left to the states. But that’s not all. The federal government retained its prohibition on interstate trafficking such that violations of state alcohol laws became violations of federal law too.

This enabled the federal government to assist states in implementing and enforcing their alcohol policy preferences. A similar approach could work with marijuana, thereby making it easier for businesses to operate where marijuana is legal, and protecting those states where marijuana is not.

Allowing different jurisdictions to try different things makes states into “laboratories of democracy,” in Justice Louis Brandeis’ famous formulation, whereby citizens and policymakers can discover the effects of different policy choices. Thus far, voters in most states that have reformed their marijuana laws seem happy with the results, as political support for legalization has continued to climb, but that could always change as latent effects of marijuana legalization emerge over time.

As recent political events demonstrate, there are wide divergences in policy views between Red and Blue parts of the country. One virtue of a federalist system is that we all don’t have to agree on a policy for each of us to have the opportunity to live in a jurisdiction where the laws reflect our preferences. The key marijuana policy debate going forward may not be whether to legalize so much as how to make marijuana laws work in our federalist system, where people in some states want marijuana available, and others do not. Allowing divergent policies proliferate could be a better approach than assuming every part of the nation needs to embrace the same approach. 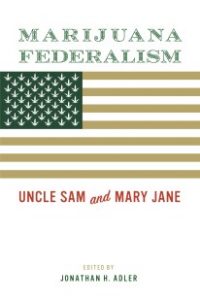 Jonathan H. Adler, editor of Marijuana Federalism: Uncle Sam and Mary Jane, is the inaugural Johan Verheij Memorial Professor of Law and Director of the Coleman P. Burke Center for Environmental Law at the Case Western Reserve University School of Law.  Among his books are Business and the Roberts Court, an examination of the influence of business groups in the Supreme Court, and a forthcoming book on federalism and environmental policy. He lives with his family in northeast Ohio. 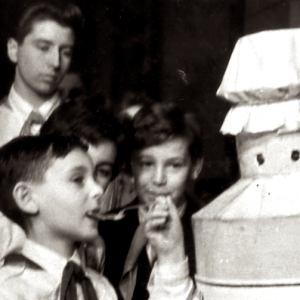 I lost my twin brother to a polio pandemic in Romania in 1957. During the Cold War, polio visited Eastern Europe often. The cure...
© LitHub
Back to top
Loading Comments...