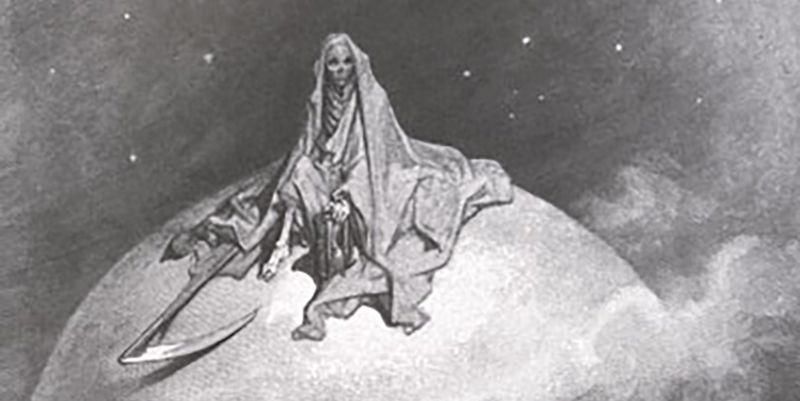 With our third episode, we grab a flashlight, head into the dark woods to that house on the hill or just maybe the closet in our own room to creep around the corners, waiting for the tingling sensation in the back of our necks. And we try to find what’s in the darkness as we confront the genre of horror.

This episode’s special guests include Jeff Jerome, Curator Emeritus of the Poe House and Museum; Susan Scarf Merrell, author of Shirley based on the life of Shirley Jackson; and novelist and screenwriter C. Robert Cargill, who wrote the films Sinister, Doctor Strange, and The Black Phone.

On how horror stories help us gain access to a more grown-up world:

Rider: It seems like it always starts in childhood, right? It always starts with wanting to read these. I mean, for me … Stephen King was sort of a gateway drug to reading for me, but I don’t remember really being scared by Stephen King. I think it was more like I remember being scared of books like Scary Stories to Tell in the Dark when I was six or seven. Those sort of folk tales are really predictable, but they’re still so effective. They’re still such great stories even if those scary stories are really basic. You know, it’s all about dread. It’s all about the setup. You’re getting a scary story. The whole point is to scare you, the whole point. And so you’re sitting around a campfire or your parents are putting you to bed or some situation where you want to be scared. So you’re setting up this situation of dread and then there’s usually repetition. There’s a scratching at the car door or the high beams are shining from the car behind you. And it builds and builds and you’re just waiting for something. And all of those Scary Stories to Tell in the Dark, they always end with the worst ending. It’s always like, and then it was you. And then ou’re supposed to literally jump. It’s like a physical thing to make you scared, you know, shock you, or it has a plot twist that just chills you with its meaning, right? Like the scratching noise was the hook and it was there, or the hitchhiker that you picked up was actually the dead girl. And it’s like you have to go back and realize, Oh my God, I was talking to a dead person or holding a dead person’s hand. So those were the ones that really scared me. The short stories, the sort of carnival ride of fiction by the time I started reading Stephen King,

I realized just recently I was talking to a friend whose son had seen The Ring. He was only 11 and he was really freaked out. And his parents are not horror movie people at all, and they couldn’t understand why he was really scared by it. But then he kept coming back and wanting to talk to them about it and kept wanting to see The Ring Two. I started thinking about it and I found myself explaining to them that for me, reading Stephen King and then eventually watching horror films was a way to sort of gain access to a grown up world that was being kept from me, that if I knew that if I was willing to go to the scary places that these books promised, I would also get a glimpse into something that was more grown up.

*
Jeff Jerome on the reality in Edgar Allan Poe’s stories:

Jeff Jerome: Poe was famous for reading the newspaper and taking topics out of that. He didn’t write about werewolves or Frankenstein. He wrote about things that could happen to you, and people could relate to that. And I think that’s the one thing that really captured the public. You know, what happened to Uncle Bob? He got buried alive. When I heard about this, I heard that you could be murdered. And like you said, they had horrific murders in that time period. Right. And I remember first reading about The Tell-Tale Heart, how people would read that, and they would look down at the floor, because that’s where people kept their money, their treasures beneath the floorboards. Okay. And I can just see Poe thinking, gee, where am I going to put that heart and the body parts? In the floorboards, because people can relate to that because that’s where they keep their money. I can just see reading The Tell-Tale Heart looking down at the floor going, all right. So I think he wrote about things that really could happen and they were realistic, people going crazy. And I think that’s one reason why people in his time period really were attracted to his stories. And even today, you’re talking about the middle school students. They love Poe, and that’s when they teach Poe, at least here in the Maryland areas, during middle school. And I would love going to the schools and talking to the students. And it was like, Yeah, man, people got buried alive.

The Romance Recipe by Ruby Barrett, Read by Chelsea Stephens and Natalie Naudus 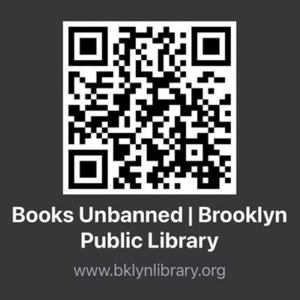 As mass hysteria continues to target American students' access to information in books, there's some particularly disheartening...
© LitHub
Back to top