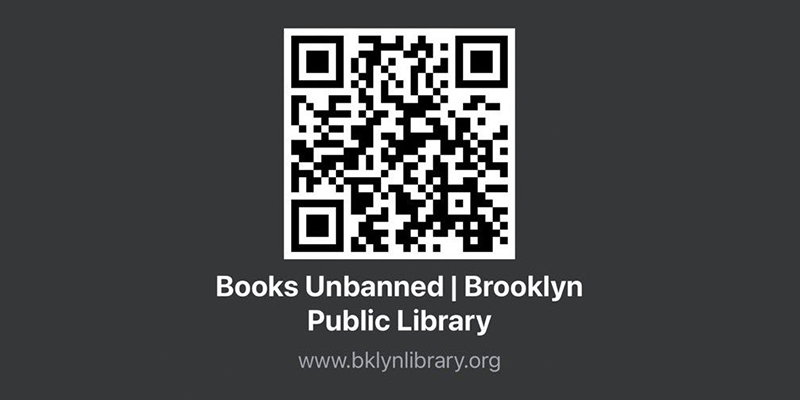 As mass hysteria continues to target American students’ access to information in books, there’s some particularly disheartening news coming out of Oklahoma this week.

Wendy Suares, an anchor at KOKH FOX 25, reported on Twitter that a teacher at Norman High School in Norman, Oklahoma, was fired for speaking to students about the Brooklyn Public Library’s initiative to make books—especially frequently-challenged books—accessible to students around the country. She also shared the above QR code from the library, which leads to more information about the project, Books Unbanned.

The Brooklyn Public Library announced the initiative in April following reports from around the country that school districts were pulling books on LGBTQ identity and race from libraries, a phenomenon that has been denounced by PEN America, the American Library Association, and many others. It made free eCards available for anyone in the country between the ages of 13 and 21, giving them access to tens of thousands of books and online databases.

Suares reported that the same school district was also pulling books off the shelves of classroom libraries “that don’t have 2 research articles demonstrating their value. Teachers were given virtually no time to accomplish this so students returned to classes with empty bookshelves.” (What constitutes a “research article” in this instance is unclear.)

While the teacher told Suares she had been “removed from my position and placed on leave,” the district said this afternoon, after Suares’ tweets had been shared thousands of times, that the teacher “[had] not been suspended or terminated,” and that they were planning to speak with her later today.

The entire thread, which begins with the tweet below, is worth reading—keep following it for updates on the situation.

‼️NORMAN BOOK BAN- A close source tells me an English teacher has already been removed at Norman High for providing students a qr code link to the Brooklyn Library and informing them there are free e-books there. This caused further fallout among other teachers in the district…