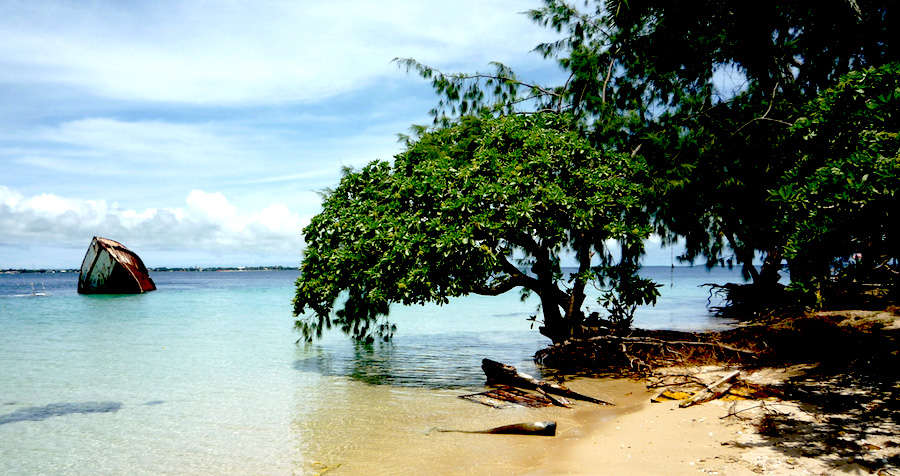 What Lord of the Flies got wrong: the kids are actually alright.

William Golding famously wrote Lord of the Flies (1954)—the story of a bunch of posh English school boys stranded on a deserted island—to redress what he saw as the unrealistically optimistic castaway stories of the 19th century, asking his wife if it would “be a good idea if I wrote a book about children on an island, children who behave in the way children really would behave?” It’s hard, though, to read the novel as anything other than a parable of societal collapse.

Though Golding was himself a school teacher, and had firsthand experience with the unique depredations of the English schoolboy, Lord of the Flies seems rather more informed by the grim recent history of Europe’s descent into world-historical chaos and cruelty than it does playground bullying. Whether he knew it or not, Golding wasn’t really writing about kids, he was writing about the grown-ups who’d nearly ended the world, and, in the early 1950s, seemed dead set on trying again.

For Golding, it was all about power. When he tips out his pallid young protagonists onto a tiny, unnamed Pacific island, he knows full well that the strongest among them (perpetually terrified of revealing their own frailties) will eventually target the weak. Yes, kids can be cruel, and they have poor impulse control, and they manufacture malevolence at incredibly high rates in order to mask their insecurities… But was Lord of the Flies—canonically bleak indictment of humanity in a state of nature—the realistic account Golding thought it was? Was that really how “children behave”?

Fast forward eleven years, 1965. A movie version of Lord of the Flies has come out, guaranteeing the novel a long life in the public consciousness. Half way around the world from Golding’s pastoral home in Wiltshire, England, a group of six boarding school students between the ages of 13 and 16 “borrow” a whaling boat to escape the rigid tedium of their lives. The journey from Tonga—where they are stuck—to Fiji—their home—is 500 miles across the south Pacific, but on the very first night at sea a huge storm rips the boat from anchor and destroys it sail and motor, setting the boys adrift with nothing but two sacks of bananas and some coconuts.

Thus begins a 16-month odyssey of survival—long enough for their families to presume them dead and have funerals—that saw the boys (Sione, Stephen, Kolo, David, Luke and Mano) drift over a hundred miles to a remote, uninhabited island called ‘Ata, at the end of the Tongan archipelago. So, did things quickly devolve into the grim state-of-nature so claustrophobically envisioned by Golding? Did the older boys eat the 13-year-old? How did children really behave when left to themselves, away from the domineering, condescending presence of adults?

Here’s how Peter Warner—the 17-year-old Australian sailor who eventually rescued the boys in 1966—described island life in his memoirs:

They had set up a small commune with food garden, hollowed-out tree trunks to store rainwater, a gymnasium with curious weights, a badminton court, chicken pens and a permanent fire, all from handiwork, an old knife blade and much determination.

At first the boys were able to survive on a diet of fish and docile, easy-to-hunt sea birds who hadn’t seen human beings for a century. Eventually, they discovered abundances of wild taro and banana, and a modest population of chickens descended from domestic fowl left over from the last time ‘Ata had people on it. Of course, it wasn’t all paradise: attempts to get off the island via raft failed miserably, and a few of the boys resigned themselves to life—and death—far from friends and family. But even then, when one might have expected deterioration and selfishness, they seemed able to find ways to cope. Said one of the boys:

We were often unhappy and at times we argued, but then we would walk away from our friends into the jungle. Sometimes we would cry a little.

I can’t find any record of Golding being asked about this real-world version of his dark, canonical parable; and anyway, fiction doesn’t—shouldn’t—lend itself to truth binaries. While it’s understandable that Golding might have developed a particularly bleak view of humanity, informed by both the brutalities of WWII and the English public school system, the unlikely case study of the Tongan castaways reminds us of one very important thing: as adults we are far too often guilty of projecting our disappointment and anger out into the world, rather than seeing what’s really there.

And maybe—if we’d just take a moment to look—we’d see that the kids really are alright.