What Listening Means in a Time of Climate Crisis

Tara Houska on the Voices of Indigenous Elders

Koko’s fingers move through the bit of tobacco I’ve handed her, sifting to an answer. The afternoon sun dapples the lines on her cheeks. I’ve asked about giniw, the golden eagle who flies between the world of the living and the spirit world beyond the veil.

In response, she speaks first of wild rice, the sacred plant intrinsic to our identity as Anishinaabe people. We’ve just harvested the rice in canoes, carefully knocking down the grains as we have for millennia. Thirty pounds of raw rice sit a few feet away from us, waiting for the work ahead.

“The changes are faster,” she said. “The worms are eating the rice up before it’s ready to pick. Lots of changes in the forest, too many to keep up with. Not enough are listening. Maybe they’ve forgotten how.” 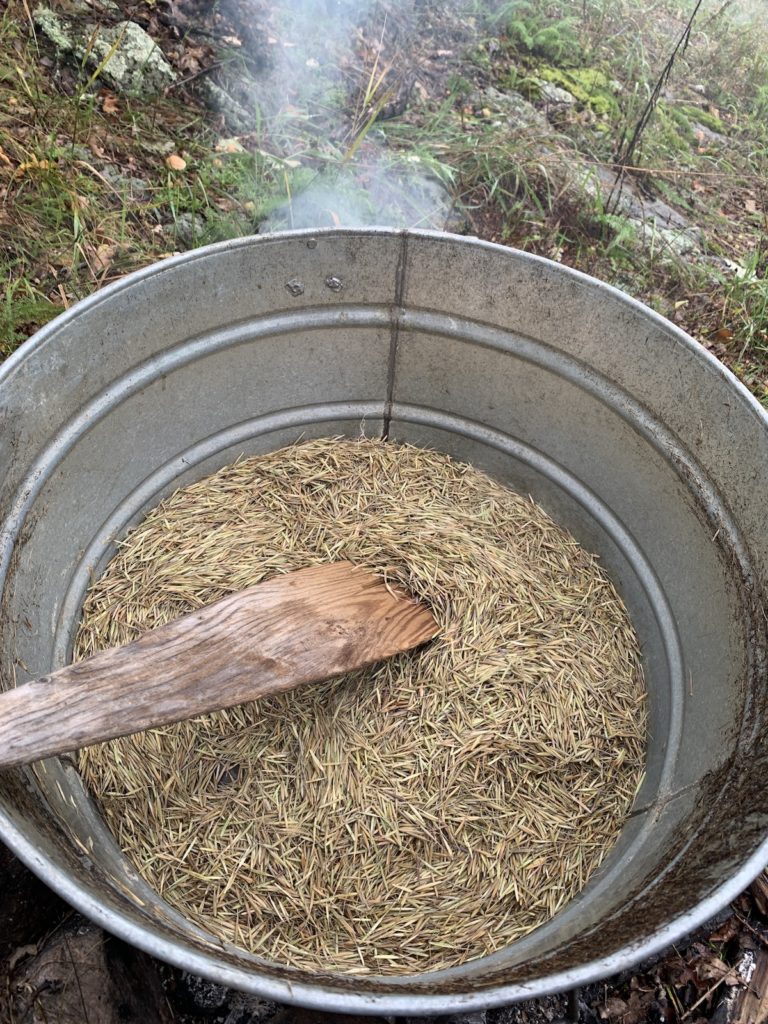 I’ve learned how to parse carefully through the words of elders over years of following traditional ways, to take time uncovering the wisdom hiding just past each word. Words are not empty, expendable sounds to cast away or manipulate in indigenous cultures. For over a year, I’ve thought through Koko’s words, about what it means to forget how to hear the earth around us. What happens to a living being when it no longer remembers how to communicate with its mother?

Whose story is being told and who is the teller?

Stories move hearts, minds, and bodies. The contents and the speaker are inherently part of the idea being shared. Seems simple, really. Yet on global and localized scales, the voices that would seem most critical to hear are largely absent.

Climate change is ravaging our shared world, yet the voices uplifted aren’t those of climate refugees or of frontlines land defenders. We rarely hear from indigenous peoples, the holders of 80 percent of the world’s remaining biodiversity.

My people are the keepers of the sacred—the last beautiful places, rich ecosystems, and healthy earth left.

My people are the keepers of the sacred—the last beautiful places, rich ecosystems, and healthy earth left. Eighty percent of the world’s remaining biodiversity didn’t happen by accident. When embedded traditional value systems are interwoven with the living world, stewardship, sustainability, the rights of nature and those yet to come are simply ways of life. Certainly, colonization did its best to wipe those values out of existence, but many of us hold on or revitalize and defend.

But we are doing so in a global environment of extreme capitalism that extracts labor and resources from the masses for the few. That pattern continues in the climate movement world, where a few organizations and thought leaders largely hold space while unheard communities, communities of color or low wealth, suffer the real-life consequences of climate disaster in a disparate, daily onslaught, to occasionally be brought in at the last minute to some televised event or to sit on a board in a seat that holds little weight.

I suppose I am not surprised to see who Westernized society turns to for leadership and solution-making in these times. It is reflective of the mainstream systems of governance that colonized societies have established.

Meanwhile, the frontlines of resistance piecemeal together a bail fund for the latest water protector imprisoned trying to stop a bulldozer from eradicating a sacred place out of existence, while another largely Eurocentric organization springs up to face down a Eurocentric government with marches and sit-ins and a massive budget.

A nameless indigenous matriarch speaks of connection and stewardship, while a crowd wipes away momentary, romantic tears and posts her speech on social media with a link to the latest round of climate statistics. Her words rivet your heart, but there is no readily consumable solution there. To put her words into practice would first necessitate giving her words credence and substantive consideration in the mind of the listener. The statistics hold the answers we need. Or so we are taught.

Westernized values tell us to focus up, never down or laterally. We are taught to look for an easy answer, or an easy scapegoat. It’s not us, it’s stopping the Bolsonaro baddie, or pushing congressional members to fix it. To stop the bad thing, we must find the source of the so-called power. We must believe that one person is more powerful than another, that a handful of people can either make or break humanity.

Taking the time to deeply and irrevocably connect with the earth can take the whole of a life.

But the power is in the earth. The earth will go on, with or without us. The critical source of power to this manmade climate problem is the people.

Organizing community is hard work. Educating oneself and listening is a life-changing effort often steeped in trauma for both learner and teacher. Taking the time to deeply and irrevocably connect with the earth can take the whole of a life, but more of us need to do it and far more quickly. Looking at a person, really looking at a person as a fellow human being without self-projection or ulterior motive, requires personal healing and accountability.

Developing personal accountability is often the hardest task of all—reducing one’s own individual carbon footprint is one aspect, but so too is coming to terms with privilege, bias, ego, hurt, and self-interest.

We live in an era in which the planet is literally burning around us, the glaciers are rapidly melting, and Mother Nature is slamming us with disaster after disaster. How logical is it, then, to employ the same models that got us here to now win in this fight for our lives? It seems more than a disservice, and outright destructive, that the stories and solutions of those on the foremost lines of the greatest threat facing humanity are either absent altogether, or told by someone else.

Authenticity is one component. Efficacy is another. The voices are there, if we listen. Our mother’s forgotten voice, our shared survival, wait in the wings.

What Would Happen If the World Lost the Internet?

The Soundtrack You Need for Traveling the World With Your Kids 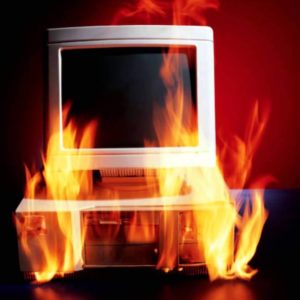 What Would Happen If the World Lost the Internet? 2:45 pm, Brooklyn, 132 S. Oxford St: Nearby intersection has become a citywide hub for protest activity. NYPD requests that...
© LitHub
Back to top
Loading Comments...