Improvise and Season Liberally; You Can Always Salvage Dinner

People who know about food often say you’re either a cook or a baker; either you enjoy the freedom of putting together a savory meal to your own particular specifications, or you like the structure required for making sweets. I’ve always fallen squarely on the cook side of this divide. I’m happy, even excited, to make dinner out of whatever happens to be in my kitchen—in grad school, one of my staples was pasta with canned clams, canned black olives, and kale. I season liberally and always without measuring. Sometimes I don’t even taste a dish until I’m ready to serve it—it feels like cheating, somehow.

Baking, by contrast, has always intimidated me. You have to have all the right ingredients ready beforehand, sometimes even at the correct temperature, and then you have to put precise amounts of them together in just the right order. I love the outcome of baking: I’m always happy to eat a cookie or a scone. What scares me is all the planning.

Perhaps unsurprisingly, my writing habits mirror my kitchen preferences. I hate to plot out anything in advance. Instead I like to feel my way through every scene, testing and tinkering as I go. When I start a book, I usually have a vague idea of a premise and a main character, and that’s it. Everything else I make up as I go along.

This approach has its benefits. I don’t waste too much time trying to force a scene if it isn’t working—I just cross it out and start something else. And I’m always open to new directions. When I was writing The Life and Death of Sophie Stark, for instance, I realized I could make a humiliating incident for the main character into the catalyst for her career. Writing without a plan lets me surprise even myself.

But being a cook-writer also has serious downsides. Sometimes my writing goes completely off the rails—I had to throw out 75 pages of my first novel after it devolved into a bizarre story of collective hallucination. It takes me forever to get into a project—I fiddled around with Sophie Stark for a full year before I found the multiple point-of-view structure that let me really get into the story. And never knowing where you’re going is incredibly stressful—until I finish a project, I’m never sure how, or even if, it will turn out.

In the last year, I’ve tried to expand both my culinary and my writing skills. In the winter, I took up baking. I was angry at the cold, and I wanted to do something that would cheer me up and make the apartment smell good. I made chocolate chip cookies with chunks of Hershey’s Special Dark instead of chips. A few of them burned, but most of them were tasty. My coworkers were impressed when I brought them in on Monday morning. The next time, they turned out even better. Soon I moved on to jalapeño corn muffins and fluffy buttermilk biscuits. As it turns out, once you practice it a few times, all the planning and organization required for baking starts to feel pretty easy.

I wish I could say I had the same experience with my writing. I’ve tried. I didn’t make charts or outlines—a cook can’t become a baker overnight—but I did try to plan ahead of time, especially for essays. I talked through ideas with my friends. I tried to come up with not just the germ of an idea, but an entire arc, before I started writing.

So far, it hasn’t worked. In every case, I end up throwing out my plans by paragraph two. An essay that was going to be about enjoying art we don’t understand turned into one about art created by people in pain (also, it still isn’t finished). Even this essay was supposed to end on a hopeful note—maybe, I was going to say, I’ll learn to use my newfound baking skills in writing someday. But the truth is, I probably won’t.

Instead, I’ve come to accept that I simply don’t know how a piece of writing—a story, an essay, a novel—is going to work until I’m in the thick of it. I have to fumble my way through to the ending, if there is one. No amount of planning is going to shorten or smooth this process. I just have to go through it and hope it turns out ok.

With this realization has come another one: I’m not sure baker-writers have it any easier. I know plenty of writers who outline their work; I don’t know any who find writing easy or worry-free as a result. I’m sure many careful planners have thrown out fat stacks of pages when their plans went awry.

Ultimately, writing isn’t exactly like making a meal. It’s more like setting out to make a meal, only to find out that the meat is expired, the onions are missing, and your oven just exploded. The best any of us can do is root around in the back of the fridge and try to find some way to salvage dinner.

It’s summer now, and I haven’t baked in a while, but I continue my haphazard cooking habits. Last week, I made macaroni and cheese from the box, with jalapeños. I was following a recipe, but it called for cauliflower, and I had some broccoli in my fridge that was going to go bad if I didn’t use it. I threw it in; it was delicious. Nowadays, I try to remind myself that in writing, as in cooking, if you’re flexible and you don’t give up, most things will turn out all right.

Anna North is a graduate of the Iowa Writers’ Workshop, and her writing has appeared in the San Francisco Chronicle, The Atlantic, Glimmer Train, Nautilus, and Salon; on Jezebel and BuzzFeed; and in the New York Times, where she is a staff editor. The author of America Pacifica, she lives in Brooklyn, New York. 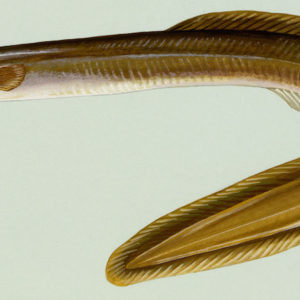 Along a seaside promenade there are notices announcing that dogs are strictly forbidden on the beach. It is early...
© LitHub
Back to top