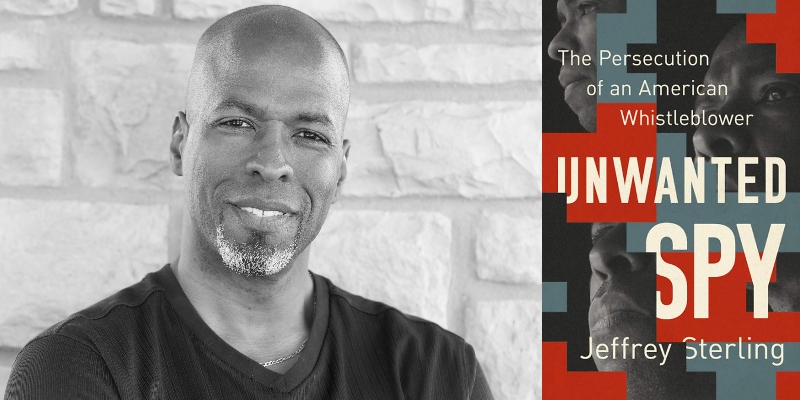 On Episode 138 of The Quarantine Tapes, Paul Holdengräber talks with Jeffrey Sterling. Jeffrey is a former CIA analyst and the author of Unwanted Spy: The Persecution of an American Whistleblower. He recounts his career within the CIA and his experience being convicted under the Espionage Act, a law that has been used increasingly in recent years to go after whistleblowers.

Jeffrey explains the danger that precedent sets for whistleblowers and journalists and the threat being posed to our ability to demand accountability from our government. In a riveting conversation about the meaning of justice and accountability, Paul and Jeffrey touch on Julian Assange’s trial, the need for change in the CIA, and reading Martin Luther King, Jr., from prison.

Paul Holdengräber: In the end, you were convicted under the Espionage Act. Forgive me for such a naive question, but what is the Espionage Act quite exactly? And can you give us a sense of its history and the ways in which it’s been recently used?

Paul Holdengräber: You write about that beautifully. You say, “Whistleblowing is not about the whistleblower. It’s about the information that the public is interested in and should be educated about, about wrongdoings in our government.” What should people be thinking about when they think about whistleblowers? What is it that this term, in a sense, obscures?

I think what people should bear in mind is that who is defining the individual or what was talked about is focusing on the individual, and that’s just distraction away from the overall issue. And I think what people should understand about whistleblowers is that these are Americans who love and care for their country just like anyone else, and have chosen to take a very risky step to say no and to stand up against the powers that be. If people start to understand that a little more, maybe there will be some additional accountability for our politicians, our leaders in government, to really give some substance to the protections that whistleblowers deserve.

Paul Holdengräber: In that context, how concerned are you about the precedents being set in the government’s case against Julian Assange?

Jeffrey Sterling: I think the precedent there is so dangerous. And what is really troubling is how the mainstream media in this country have basically ignored the extradition proceedings with Mr. Assange. The handwriting is on the wall there—that the government, our government, is going to use the Espionage Act to go after not only those individuals they consider leakers, or spies if you will, but also journalists and media who may report that information. How mainstream media can just ignore this issue is beyond me. I guess they feel they have such a position of importance or a cozy position with the powers that be that they think they will never be targeted as such. Maybe they think there is such a difference between, say, ABC News and Julian Assange that they’re not concerned. I think it’s a false sense of security.

Jeffrey Sterling grew up in a small, segregated town in Missouri, never feeling that he completely belonged. He jumped at the chance to broaden his world and serve his country, first in law school and, later, in the CIA. However, after an impressive rise, Sterling’s career began to stagnate when he was continuously denied opportunities because of his race. He refused to be silent on this and blew the whistle by suing the CIA for their blatant discrimination.

Sterling soon found reason to speak out about something even more serious. During the early years of the War on Terror, Sterling testified to Senate investigators about the CIA’s botched covert operation in Iran, codenamed Operation Merlin. Driven by an intense commitment to his country, Sterling wanted to highlight for Congress the real dangers that were being ignored by CIA leaders. Sadly, the members of Congress charged with oversight of intelligence matters ignored him too.

After being pushed out of the CIA and spending a few quiet years in Missouri with his wife, he was arrested suddenly and charged with espionage, becoming the CIA’s scapegoat. He served over two years in prison and his life has been irrevocably changed. Yet despite his hardships, Sterling always felt he did the right thing in testifying to the Senate and exposing the discrimination he faced at the CIA. 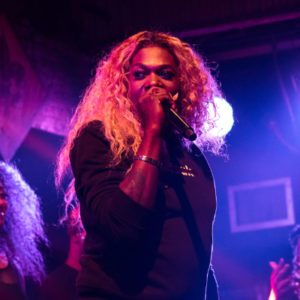 The last semester of eighth grade, right before my thirteenth birthday, my life changed for two reasons. One, the first Bounce...
© LitHub
Back to top