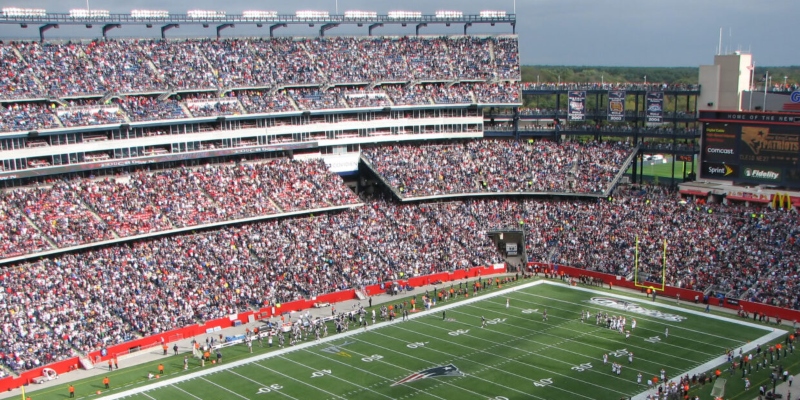 Mike Florio on the Dark Side of the Professional Football

Picture yourself walking out your door after dinner. The air is cooling after a hot day. There’s a bit of a breeze. You can feel it pushing your shirt against your lower back.

You’re standing in the driveway, seven feet away from the garage. The door is down. It’s painted off-white. You see the lines where the rectangular panels will separate as it slides up squeakily on the metal tracks, the dent from where your kid ran into it with his bike and then tried to deny it. A row of windows lines the top of the door, as if you (or anyone else) will ever climb onto a step stool to have a look inside. All you’d find is the Ford Taurus and the Subaru Forester and the weed whacker and the half-filled gasoline can with a rag stuck in the hole because you lost the nozzle. And a smattering of grimy and long-forgotten toys.

Now, run. Run right into the door. Run as hard as you can.

Get up. You OK? Who cares if you’re not? Go back and do it again.

After you’ve done it about fifty times or so, you’ll feel like an NFL player feels after a game.

Now, do it every Sunday (plus maybe a Thursday or a Monday or a Saturday instead) for the next eighteen weeks. Don’t worry. You’ll get one of those weeks off to rest—until you get to keep doing it some more.

And if you do it really well, you’ll get to do it even more. Another three or four weekends.

Do that from September through January, and you’ll begin to understand life in the NFL.

We’ve become conditioned over the years to think it’s glitz and it’s glamour and it’s riches and it’s luxury and it’s whatever else is good and enviable to play in the NFL. It’s not. It’s pain and it’s agony and it’s surgeries and it’s pressure and it’s stress and it’s everyone you know wanting some of what you have, and it’s a far cry from the fun, thrilling life that a resentful nation of fans believes it to be.

Welcome to life as a candle that burns quickly and has an unknown supply of wax.

Now, go back to your driveway. And before you run full speed into the garage door, pretend that you’re doing it in front of sixty-five thousand people. Half the time, when you’re on the home team, they’ll love you (unless they think you suck). The other half the time, when you’re on the road team, they’ll hate you with a flaming passion (especially if they know you don’t suck).

With millions more watching at home. With people who have get-rich-quick cash riding on the outcome of the game. With tens of thousands who “own” you in fantasy football needing you to score a touchdown, or three. With an unlimited number of assholes on social media who will hurl insults at you, your wife, your mother, your kids. Who will threaten to kill you, or them, if you fail to perform in a way that advances their financial interests, their rooting interests, or both.

Welcome to the real life of an NFL player. Welcome to the pain. The stress. The heartache. Welcome to the hours spent trying to mend a broken body to the point that it can keep running into that garage door. Welcome to the challenges of realizing your peak earning potential well before your twenty-fifth birthday and the demands from family and friends who believe that the fountain of cash will last forever, or at least a lot longer than it actually will.

Welcome to life as a candle that burns quickly and has an unknown supply of wax. One year? Two years? Three? Four? Five, maybe. And only a handful can stretch it out much longer than that.

And every year, there’s a new crop of players, younger, cheaper, healthier, fresher. They’re coming to take what’s yours. Eventually, one of them will. Until that happens, you get to worry about the inevitability of it.

Along the way, everyone is watching everything you do. The reward for success is a life led in public, with constant requests for photos and autographs and tickets and phone calls. It sounds great at first, but it gets old quickly. Very quickly.

Although success in any professional sport will invite many of the issues that NFL players confront, few exact a physical toll so extreme that some must wonder whether it was all worth it.

There’s a story that has made the rounds for years in league circles that a female fan once approached Hall of Fame defensive tackle Warren Sapp while he was eating dinner and said, “I hate to bother you, but can I get your autograph?”

Sapp pushed his chair back, as the legend goes, glared at the woman, and pointed at his meal.

“Do you see any peas on my plate?” Sapp said.

The woman, confused by the question, looked at the plate.

“Do you know why there’s no peas on my plate?” Sapp said.

“Because I hate peas!” Sapp exclaimed. “So if you hate to bother me, why are you bothering me?”

And that’s just a sliver of life as an NFL player. For nearly every player who makes it there, it’s the realization of a lifelong dream. That dream in many ways can quickly become a nightmare, especially after the players retire to face decades of worry about potential physical and cognitive problems that they’d never even have thought about if their boyhood wishes had been different. If their circumstances and natural gifts had led them to become chemists, or doctors, or even pro athletes in a far less grueling game.

Although success in any professional sport will invite many of the issues that NFL players confront, few exact a physical toll so extreme that some must wonder whether it was all worth it. Most will say it was, because what else can they say? Deep down, however, many of the men who emerge from a career in the NFL with mangled joints and scarred flesh and empty bank accounts and fingers that point in every direction other than the proper one and memories that, if they’re lucky, mix good and bad almost equally know that the reality simply didn’t live up to the dream.

So remember all of this the next time you’re inclined to heckle an NFL player, or to tweet insults or threats at him, or to otherwise mock or deride his performances. Most if not all NFL players are doing the best they can with the talents they have while facing the most talented football players in the world. For many players, the will required to handle the hatred and abuse without becoming jaded or cynical reflects a much rarer quality than the skill needed to make it to the highest levels of the game.

And be grateful that the lack of supreme physical abilities saved you from the realities of a life playing football. In all probability, it’s not the life you think it is.

This book covers a wide variety of topics about life in the NFL, or at least what it’s been about for the past twenty years. Although the players are the game and the game is the players, the game is much more than that. The game is a multibillion-dollar business that continues to thrive in many respects because of itself, and in many more despite itself.

The game is a multibillion-dollar business that continues to thrive in many respects because of itself, and in many more despite itself.

Pro football has grown into a gigantic business, and at times it can be a strange one. Every other industry respects the notion that the customer is always right. For the NFL, the supplier has so little product (and the product has so much value) that if the customer does something the supplier doesn’t like, the supplier smoothly pivots to a new customer.

The networks that broadcast NFL games have learned that lesson, sometimes the hard way. In 2003, ESPN debuted its first-ever fictional show. The network, then and still now an NFL broadcast partner, called it Playmakers. It generated solid ratings and decent reviews. Given, however, the way it depicted controversies and misconduct involving pro football players, the league hated it.

“Everyone feels that it’s a gross mischaracterization of our sport,” then Commissioner Paul Tagliabue told CNN at the time. So the league huffed and it puffed, and ESPN blew its own house down, canceling the series in direct response to relentless pressure from the NFL. Since then, Tagliabue’s statement has often been proved prescient; the TV show was a gross mischaracterization of the sport because, in some respects, it was far too tame.

This version of Playmakers isn’t fictional. It represents, in many ways, a history of the NFL over the past twenty years. The sections are organized by broad subjects, and each one unfolds chronologically. The book looks at what the league gets right and gets wrong, driven largely by the individuals who have played significant roles, whether they realized it or not, in the events of the past two decades. It focuses on how the NFL has evolved and how change has happened more swiftly. It’s a series of anecdotes, surprises, and opinions. It focuses on a league that never stops making more and more money but that also never seems to be very far from actual or potential scandals—scandals that never seem to do much damage to the ever-rising bottom line.

The NFL does plenty of things well, as this book shows. The book also reveals some of the things the NFL doesn’t do well. Hopefully, it will nudge the league toward finding a way, over the next twenty years, to do things even better. 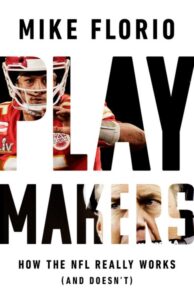 Excerpted from Playmakers: How the NFL Really Works (And Doesn’t) by Mike Florio. Copyright © 2022. Available from PublicAffairs, an imprint of Hachette Book Group.

Mike Florio is the creator and owner, in partnership with NBC Sports, of ProFootballTalk.com, one of the leading NFL news organizations in America. He hosts a daily show, PFT Live on NBCSN, which has a radio simulcast on SiriusXM. During the NFL season, he also appears weekly on the Sunday Night Football broadcast. With regular appearances on national and local sports radio programs around the country, and more than 1.6 million followers on Twitter, Florio is among the most prominent football commentators working. 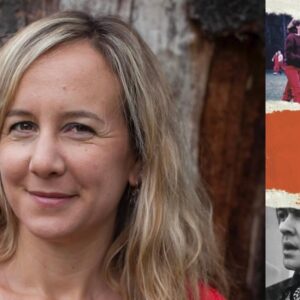