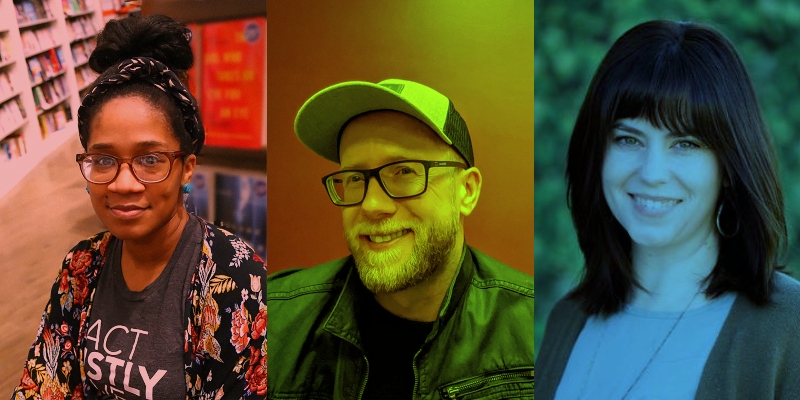 What It Means to Exist: Bethany C. Morrow, TJ Klune, and Naomi Wiens on Sci-Fi for Teens

Bethany C. Morrow talks about how A Chorus Rises sprang from a need to correct some assumptions, writing a follow-up that isn’t a sequel, how weird family can be, and totally re-conceiving how you think about worldbuilding.

TJ Klune talks about Flash Fire’s teens and superheroes and teen superheroes, responding to the real world in fiction, and navigating grief in Under the Whispering Door.

Naomi Wiens LMFT talks about therapy and working with teenagers.

I have to do the same amount of worldbuilding that somebody who is writing a fantasy would have to do, because you have intentionally been lied to. And there’s also that intentional denial. So I have to actually build the world you live in for you. That’s why when you look at any white, very popular book or series or movie or anything, almost all of them are fantastical. Number one, because it’s always a white protagonist. Number two, because they’re always surrounded almost entirely by white people, no matter where they are in the country. It’s false. It’s fiction. Small towns that are 100 percent white that don’t talk about the intentionality of a lily-white, unnaturally lily-white, small town. If you don’t deal with why this town is lily-white, this is fantasy.

I wanted to tell a story of queer kids who were already out, who already went through that, who are accepted by their families and their peers. And nobody gives a shit about the fact that they’re queer in these books. Maybe it’s a little unrealistic, but in these books, there’s no homophobia. There’s no bigotry when it comes to the queerness of the characters. That doesn’t mean it doesn’t touch on other social justice issues. But I made it a point not to write a coming out story because I hate how old I am when it makes me feel that kids these days are much savvier. They have tools that we didn’t get to have, that I didn’t get to have. Being 15, 16 years old in the late 90s, I didn’t get to have social media to to reach out to other people. I grew up in a very poor, very rural area of Oregon where me being the loudmouth, effeminate, queer kid with ADHD did not go over well. And I wanted to write a world where shit like that doesn’t matter, and that these queer kids have bigger things to worry about than people hating them for who they love.

Naomi Wiens on how stories can help teens define themselves:

I think the more we’ve seen of teens who have access to a larger variety of stories, we see that they have more freedom to choose something that fits them, where those of us who maybe didn’t have access to such variety end up finding that variety later in life and having the kind of existential issue of, like, who am I at 30 now that I have access to these different stories and these different ideas of who you can be? What are all the options? I love the idea that there are stories that are opening not just new ideas of what it is to be a young adult, but also what it is to exist. 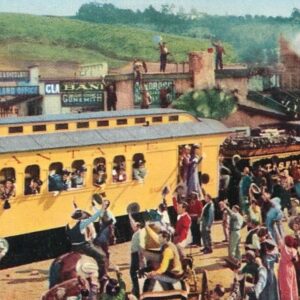 Wanted: Young women 18 to 30 years of age, of good moral character, attractive and intelligent, to waitress in Harvey Eating...
© LitHub
Back to top