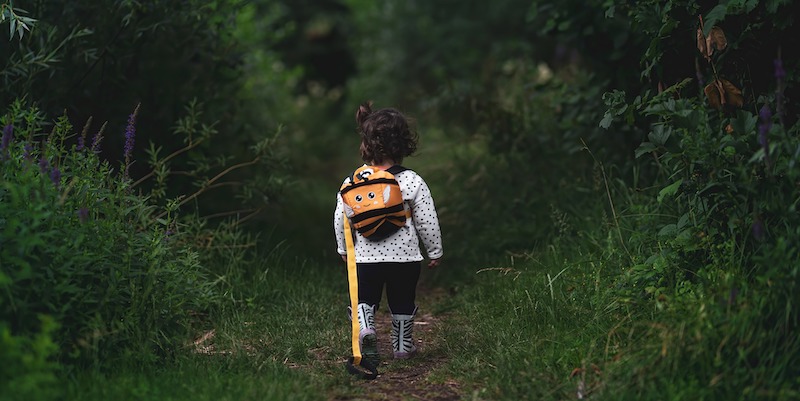 What is the Point of Children’s Books About the Climate Crisis?

Writers Consider What Books Can, and Can't, Do for Kids

The stories we tell our children about climate change are different from those adults tell each other. Middle grade books don’t shy away from formidable and overwhelming real-world forces like villainous corporations, selfish adults, pandemics, and disastrous weather events; they confront climate trauma head-on in order to explore future possibilities. However, these novels are significantly more hopeful than their adult counterparts; in recent climate fiction releases, the effects of the climate crisis are nothing that brave child heroes—with the help of wild stags, lost polar bears, endangered bullfrogs, and their fellow extraordinary children, of course—can’t handle.

But when child heroes are responsible for confronting the most dire crisis of our time, it raises questions about how adult authors handle the responsibility of imparting information about that crisis, and what, exactly, they should convey to young readers. “I feel a responsibility, especially when writing for a younger audience, to offer hope as a positive, practical response to big themes such as climate change,” children’s author Ele Fountain said. Fountain released her first climate fiction novel, Melt, in April 2021, about two children facing the rapidly melting Arctic. “Hope can be the stepping-stone to action. Hope for the future gives purpose, a sense that your choices matter, because it’s not too late to make a difference.”

Yet, writing about hope in the face of climate change is complex. In the midst of an ongoing and worsening crisis, it’s necessary to look at where the hope is coming from: Is it well-founded, or does it constitute false optimism?

Hope, in these stories, tends to be rooted in a simple, accessible source for children—namely, friendship, both with animals and other children. Stylistically, these books aren’t as intense as cli-fi for adults, and they tend to be fun and entertaining.

It’s difficult for these books to definitively show what heroism actually means in an unknowable, unprecedented crisis like this.

“Humor and hope are how I deal with everything in the real world, so making them central to a story about climate change wasn’t a huge leap,” Madelyn Rosenberg, the author of One Small Hop, said. In Rosenberg’s book, a group of boys discover what could be one of the very last living bullfrogs in the world and decide to bike miles upon miles by themselves in the hope that it will mate with another bullfrog they’ve located online and, as a result, save “all of frog-kind.”

“I believe humor is one way to set people at ease enough to focus on a problem, to discuss it,” she said. “You know how when kids, and even adults, are upset and heated, you just can’t have a conversation until everyone calms down? Humor makes calming down possible. Humor makes listening possible.”

Few things are more emotional or captivating to young readers than a miraculous bond with an animal; the stakes of that trope are significantly higher when authors take the climate crisis, and its effect on the animal world, into account. With the idea of mass extinction as a guide, the unique, extraordinary groups of young people in these stories often team up to do things that they couldn’t do alone, or things that adults can’t or won’t do. Kids taking on corrupt institutions is a tried-and-true trope of middle grade literature, but it does suggest new implications of real-world responsibility when these institutions are the very real stakes of climate change.

One Small Hop, for example, frames institutions that ought to be in charge of protecting the environment—here, the Environmental Police Force—as lacking and untrustworthy, and Rosenberg places her young characters in opposition to the rules that the adults around them have set. “I made the institutions a little inept in this book, but even if the Environmental Police Force had been ethical and competent, it would have taken the kids to solve the problem,” she said. “The ineptness just gave them the courage to try. What I hope readers will take away is that they have power—to do things and to influence adults around them.”

Greta and the Giants by Zoë Tucker, a picture book for readers as young as five, tells the story of a solution that is still unfolding in our real lives as a fictionalized Greta Thunberg asks the “Giants,” or adults in power, to listen to kids and animals and to stop destroying nature.  In Tucker’s telling, with the help of animals from the forest and other children, Greta succeeds.

While the youth have been leaders in the climate movement around the world,  and people like Greta Thunberg really have catalyzed change, looking to youth activists to set examples for adults toes a line of reliance on young, extremely capable people and highlights the need to focus on ethically writing kids into powerful roles in stories. Greta and the Giants encourages kids to set an example for the grown-ups by including a spread at the back of the book with tips on how to take action, describing why “Greta needs your help” and explaining that “you might think that you are too little, but Greta says ‘no one is too small to make a difference.’” This encouragement for young readers to take action is, hopefully, an empowering opportunity to participate in change alongside the adults in their lives, more than an overwhelming request to make up for the failures of the “Giants.”

Piers Torday highlighted the importance of acknowledging that the root causes of climate change come from corporations and governments in a recent panel hosted by Pushkin Press, moderated by Sarah Odedina. He described the nuances of writing child heroes into climate apocalypse stories, saying that the implications of responsibility placed on young people within climate fiction for young readers should be carefully considered. “I think every child will want to make a difference in their own way, and they must, and it’s amazing and inspiring what they do, and they must never let go of that. They must all equally never feel it’s their fault or it’s all up to them, because it isn’t,” he said. “The real power to stop the Arctic disappearing lies in the hands of these companies and governments, and that may sound political for a children’s book, but it’s really a structural point, actually, about how life works on Earth, and it’s hopefully a jumping-off point for discussion in the classroom.”

The kids in these stories aren’t immune to overwhelm, fear, and panic—it’s clear that they, at least, shouldn’t have to be heroes.

If he could plant a seed with The Last Wild series in young readers’ minds, Torday said, he would want that seed to be: “Don’t take your eye off where the power is.” Torday touches on this complexity of responsibility and heroism in a moment when Kester, the young protagonist of The Last Wild, feels overwhelmed. He is cast as a hero because of his unique ability to speak to animals, and he is perhaps the only one who can help humans and animals work together to fight the pandemic that decimated wild populations.

“You forced me to help you,” Kester says to his new companions, some of the last wild animals in the world. “Forced me to be some kind of hero, which I’m not. I’m just a kid who can’t talk. I can’t do any of this. I can’t save you. I can’t even save a single cat. I’m not the person you think I am.”

It’s difficult for these books to definitively show what heroism actually means in an unknowable, unprecedented crisis like this. The kids in these stories aren’t immune to overwhelm, fear, and panic—it’s clear that they, at least, shouldn’t have to be heroes. But they try anyway to do whatever they can, and they shouldn’t have to try alone.

“You cannot save us all, Kester,” the stag goes on to say. “You cannot save everyone and everything. … If you can only save some, then that is what you must do. You see, you are a hero.”

Perhaps the greatest through-line in children’s climate fiction is insistence that small actions do matter. This is a complex stance, because over-emphasizing the progress individuals can make by recycling or turning out the lights when leaving the room can be distracting and misleading from the fact that 71 percent of global emissions since 1988 have come from 100 companies, not individual consumers. But momentum created by enough people taking small actions together has been proven to cause shifts in global perception of the climate crisis. “There’s a real pressure to get it right, and to be perfect, but by starting small and working together I hope we can make a difference,” Tucker said. “Greta Thunberg started small, with her one woman protest outside the Swedish Parliament. And slowly one by one, people joined her… We all need to look up—see the people around us, and work together to support each other.”

Tucker reminds us that a happy ending is not inherently “a weak option.” The best middle grade climate fiction novels approach this crisis with the hope that we can avoid total disaster, but also with the knowledge that no one person, especially no one child, not even the best and brightest youth activist, can do it alone.

Fiction, for so many of us, provides a way to feel less alone in the world. “Climate change implies something so enormous, we might think as individuals we have no agency to influence it,” Fountain noted. “It’s a phrase which permeates many aspects of children’s lives, without them necessarily knowing what it means for them, or what they can do about it. Fiction can help readers to see a problem from the ‘inside,’ as they step into the characters’ shoes and see what they’re seeing, feel what they’re feeling.”

In The Last Bear by Hannah Gold, a girl spends the summer on Bear Island in the Arctic, befriends the very last polar bear stranded there due to melting ice caps, and takes on a mission to get him home. A conversation between the protagonist April and adults around her who are more skeptical starts with an ask to “imagine if every single person on the planet did one thing.”

“It’s still not enough,” is the honest reply.

“But it’s better than doing nothing,” is the hopeful counter.

With caution against promises that can’t be kept, authors of children’s climate fiction posit that hope can be honest. Even while recognizing failure and circumstances entirely beyond their control, hope is a choice that their protagonists can make.

“And maybe I’m being naïve,” Rosenberg said, “but I believe kids have two spheres of influence. They influence the people who have the ability to make a difference now—through science or with their pocketbooks. And they are also the ones who will be in charge in the future, politically and with the tools they invent. In stories, they have to have agency. I hope they’ll feel they have agency in real life, too.”

Megan Otto is a freelance writer and editor with a focus in climate and the arts. Learn more about her work at megotto.com or find her @megsotto on Twitter.

How Much Did the History of American Chattel Slavery Shape William Faulkner’s Absalom, Absalom!? 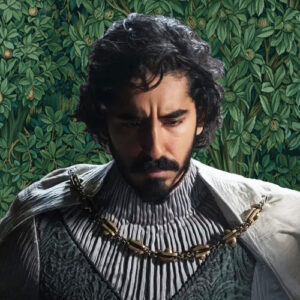 I first encountered Sir Gawain in a college course on the quest narrative. The class fulfilled the English major’s pre-1800...
© LitHub
Back to top