What If We Got Stuck on the Moon?

It is never any good dwelling on good-byes.
It is not the being together it prolongs,
it is the parting.
–Elizabeth Asquith Bibesco, The Fir and the Palm (1924)

All 24 men who flew to the moon knew they would have to face the same perils on the flight back to Earth, but only the 12 who landed on the moon knew the unique terror of facing the countdown to lunar liftoff. “Liftoff from the moon was probably the greatest anxiety of the whole flight,” recalls Apollo 16’s Charlie Duke, “primarily because you really had very little to do during the last 15 minutes of the countdown except sit there and think, ‘What if it doesn’t work? What am I going to do?’”

Although the onboard computer would execute most of the final countdown sequence, the lunar module had only one ascent engine. It was the one key component in the technological panoply of the spacecraft systems that lacked redundancy. There was no backup. No emergency escape booster. No second chance. The ascent engine had to light on time and keep on burning for just enough time to blast the LEM into lunar orbit—or else.

Apollo 11 astronauts Neil Armstrong and Buzz Aldrin deliberately refused to contemplate what might happen if the Eagle’s ascent engine failed on the moon. “That’s an unpleasant thing to think about,” Armstrong admitted at the crew’s final prelaunch press conference back at the Cape. “We’ve chosen not to think about that at the present time. We don’t think that’s a likely situation. It’s simply a possible one. At the present time, we’re left with no recourse should that occur.”

But the Apollo 11 commander would later admit that when he and Aldrin finally got ready to leave Tranquility Base, “We were not distracted by the question of whether the ascent engine would light, but we were surely thinking about it.”

Although the onboard computer would execute most of the final countdown sequence, the lunar module had only one ascent engine. There was no backup. No emergency escape booster.

Command module pilot Mike Collins, who could only keep orbiting in the mothership while his comrades waited out the countdown to lunar liftoff, worried enough for all three of them. “I have been flying for 17 years, by myself and with others,” he would write in his post-mission memoir. “But I have never sweated out a flight like I am sweating out the LEM [liftoff] now. My secret terror for the last six months has been leaving them on the moon and returning to Earth alone; now I am within minutes of finding out the truth of the matter. If they fail to rise from the surface, or if they crash back into it, I am not going to commit suicide; I am coming home, forthwith, but I will be a marked man for life, and I know it. Almost better not to have the option I enjoy.”

Despite the safe return of Apollo 11, the Apollo 12 astronauts felt considerable trepidation during the countdown to their lunar liftoff. Commander Pete Conrad tried to dispel their anxiety by recalling the equally critical engine burn he had to make to reenter the earth’s atmosphere at the end of his Gemini 5 mission. But his anecdote failed to relieve the qualms of lunar module pilot Al Bean, who was then a rookie astronaut.

“Old Al had the fidgy-widgets,” Conrad remembers, “and he kept going through his checklist looking at this and looking at that. I said, ‘What’s the matter, Al? You nervous? Worried about the engine not lighting?’ And he said, ‘As a matter of fact, I am.’ So I went through my song and dance about Gemini 5, and I told him he might as well sit back and relax now. If the engine didn’t fire, we would become the first permanent monument to the U.S. space program erected on the moon. Aside from that, there wasn’t too much we could think about on it. I’m not sure that gave him the comforting, reassuring words he wanted.”

Like Apollo 16’s Duke, all the astronauts on the last four moon landing missions admittedly agonized in greater or lesser degree over the countdown to lunar liftoff, for they realized that the success of previous missions did not ensure the success of their own. But in contrast to Apollo 11’s Collins, who declared that he was “very pleased to leave the moon” after his comrades rejoined him in the mothership, several felt sharp pangs of regret as they prepared to depart the lunar surface.

“I was tired and grimy and ready to rest,” recalls Apollo 14 lunar module pilot Ed Mitchell, “but I really regretted climbing up that ladder [to the LEM] for the last time because I knew I wouldn’t have a chance to come back . . . The feeling before liftoff as we went through the checklist was, ‘Take a good look. You’re not going to see it again.’”

Even so, all 12 men who landed on the moon couldn’t help reminding themselves that they would not see their home planet again either, unless the LEM’s remarkably solitary power plant blasted them into lunar orbit. Designed and manufactured by Bell Aerosystems and the Rocketdyne division of North American Rockwell, the ascent engine consisted of a four-and-a-half-foot-high box filled with slightly less than 5,000 pounds of the same hypergolic liquid oxygen and liquid hydrogen that fueled the giant Saturn 5. There were only two moving parts, a pair of ball valves that let the propellants flow into the combustion chamber. And there was no throttle or choke. The manually controlled master arm that ignited the engine at the climax of the automatic sequence had only two positions—on and off.

“I wanted to see the liftoff, and I said to myself, ‘I think I’ll just look out the window and enjoy it.’ And so I did.”

Thanks to the one-sixth gravity of the moon, the ascent engine could perform its crucial function with remarkably little effort. Whereas the Saturn 5 engines had to generate 7.5 million pounds of thrust to launch the 6.3-million-pound booster from the Cape, it took only 3,500 pounds of thrust to lift the 4,800- pound upper half of the LEM off the lunar surface. And whereas the Saturn 5 typically needed nearly ten minutes to get from the launchpad to Earth orbit, the average elapsed time from liftoff to lunar orbit was about seven minutes.

The Apollo lunar modules, however, did not have any auxiliary or second-stage ascent engines to share the load. Although each LEM was equipped with 16 reaction control system (RCS) rockets for rendezvous maneuvering, they could produce only 400 pounds of total upward thrust. The astronauts had to depend solely on the ascent engine to get them from their stationary position on the lunar surface to the desired orbital altitude of 60,000 feet by accelerating from zero velocity to over 6,000 feet per second, about 4,000 mph.

Houston always made sure to time the countdown to lunar liftoff so the LEM’s ascent engine would ignite just as the command module completed another regularly scheduled pass across the front side of the moon. In theory, this precaution would make it easier for the CMP to initiate an emergency rendezvous. But the mothership, which was in a 60-mile-high orbit, could descend no lower than 10,000 feet above the surface. And unless the LEM managed to climb above 30,000 feet, it would not be able to clear the peaks of the lunar mountains. Neither the CMP nor the men in the trench at Mission Control could do anything to save the astronauts if the LEM’s ascent engine failed.

The transcripts of the Apollo 11 radio dialogue offer only a hint of the tension in Houston and on the moon during the final minutes of the countdown sequence.

CAPCOM (Ron Evans): “Tranquility Base . . . Just a reminder here. We want to make sure you leave the rendezvous radar circuit breakers pulled; however, we want the rendezvous radar mode switch in LGC just as it is on surface 59 . . . Our guidance recommendation is PGNCS, and you’re cleared for takeoff.”

ALDRIN: “Roger, understand. We’re number one on the runway.”

CAPCOM (Evans): “Tranquility Base, little less than ten minutes here. Everything looks good, and we assume the steerable is in track mode AUTO . . .”

Houston reported there was less than one minute remaining in the countdown.

ALDRIN: “Got your guidance steering in the AGS.”

A split second later, the ascent engine ignited as a set of explosive charges simultaneously blew away the nuts, bolts, wires, and water hoses connecting the upper and lower sections of the LEM. Then the astronauts felt no more than “maybe half a G or two-thirds of a G” worth of gravitational pressure as they began to rise from the lunar surface.

“That was beautiful!” Aldrin cried, dutifully informing Houston that the spacecraft was already climbing at a rate of over 36 feet per second.

“There was no time to sightsee,” Aldrin would report in his autobiography. “I was concentrating intently on the computers, and Neil was studying the attitude indicator, but I looked up long enough to see the flag fall over.”

Unlike a Saturn 5 booster, the LEM did not lurch upward with a deafening roar or belch out a terrifying holocaust of smoke and fire. But as the remote-controlled TV cameras set up by the astronauts on subsequent moon landing missions would document, a lunar liftoff was in many ways more spectacular than a liftoff from the Cape because of its almost inaudible gracefulness.

“It’s like you’re riding in a very fast elevator,” remembers Apollo 12’s Al Bean. “First of all, there’s a big bang as you separate stages, but you don’t hear anything after that. You never hear the main engine, because of the vacuum of the lunar atmosphere. You hear the valves move, but you don’t hear them ring. All you hear is a little thump-thump-thump kind of sound.”

Bean says that the thumping nevertheless helped dissipate the intense anxiety he had felt throughout the countdown and made him realize that the wisest thing to do was to sit back, relax, and try to observe the visual drama of lifting off from the moon.

“You don’t have a lot of instrument displays telling you how the lunar module’s engine is working because there’s nothing you can do about it anyway,” he says. “I wanted to see the liftoff, and I said to myself, ‘I think I’ll just look out the window and enjoy it.’ And so I did. As we lifted off, I could see these sparkling things being blown off the insulation of the descent stage. It looked like the ripples you see when you drop a rock in a pond of water, this metallic insulation going out in concentric rings. It looked like those rings just went on forever.” 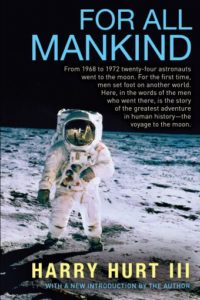 Excerpted from For All Mankind. Copyright © 1988 by Harry Hurt III. Reprinted with the permission of the publisher, Grove Press, an imprint of Grove Atlantic, Inc. All rights reserved.

Harry Hurt III is an American author and journalist. He was formerly senior editor of the Texas Monthly and a Newsweek correspondent, and his articles have appeared in publications such has The New York Times, Sports Illustrated, Esquire, and Playboy. His books include Texas Rich, a biography of oil tycoon H. L. Hunt and family; and Lost Tycoon: The Many Lives of Donald J. Trump, an unauthorized biography of real estate mogul Donald Trump. 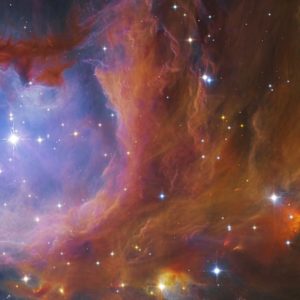