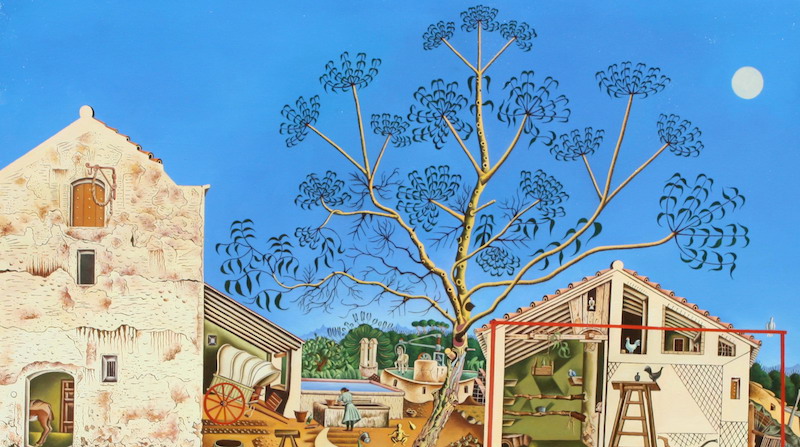 VIA UNIVERSITY OF NEW ENGLAND PRESS

On Lost Generation Lessons of Minimalism

By Charles A. Riley II

The ravishing descriptions in A Moveable Feast give a strong taste of the powerful role that art played in the life and thought of Hemingway. The highlight of his experience as a collector of art offers insight not just into his range of intellectual interests, but also into what he was trying to do as a writer.

His acquisition of Joan Miró’s greatest painting, The Farm, is more than just an anecdote illustrating a little-known artsy side to “Papa” Hemingway, so different from the machismo stories of his pounding poor Morley Callaghan in the boxing ring, cycling with Dos Passos, drilling tennis balls through the racket of Pound, boozing with matadors, and eventually slaying lions.

Miró had actually been timekeeper during some of Hemingway’s boxing workouts, and Hemingway visited the Miró family farm in Montroig, Spain, near Tarragona, in 1929 after he bought the work. The large (four feet by four and a half feet) painting was the main attraction in Miró’s one-man exhibition at the Galerie Pierre in the spring of 1926, but connoisseurs had begun talking about it five years before. It took Miró ten months to paint in his studio on the Rue Blomet. It was completed in 1922 and shown at the Salon d’Automne the next year (a show in which Murphy had two paintings), and in a letter written many years later Hemingway said he was smitten by the painting right at the opening. It was offered to two galleries (those of Léonce Rosenberg, best known for representing the cubists, and Pierre Loeb), but the sheer scale of the work made it difficult to sell. Miró nonetheless had major supporters early in his career, including Gertrude Stein, an admirer of the still life and landscape paintings he made in Horta, his home village in Catalonia. She praised the way they conveyed “the flatness of the continuous present,” a phrase that could be applied as well to both her writing and Hemingway’s. This evenly illuminated, tightly rendered adherence to form is also the essence of the large-scale still lifes that T.J. Clark called Picasso’s most truthful, and of the still-lifes Murphy painted at the same time.

The big guns of the surrealist movement turned out at the gallery opening on June 12, 1926, when The Farm returned to public view. Hemingway’s wife, Hadley, canvased the attendees for the autographs of people such as Max Ernst, Aragon, and André Breton, all listed in the catalogue. The centerpiece of the show was placed on hold at first by Hemingway’s friend Evan Shipman, who said yes to the 5,000-franc asking price but failed to leave a down payment. Hemingway had the 4,000-franc ($250) advance for In Our Time from Horace Liveright burning a hole in his pocket. Hadley’s 34th birthday was coming up on November 9, and he had a guilty conscience not just for spending the income from her trust fund but for other well-known reasons. Shipman, who was in on the birthday present scheme, consented to roll the dice for the chance to buy the Miró. Hemingway returned to the gallery the next day with a 500-franc deposit, and in September he borrowed the rest from the wealthy Dos Passos. Hemingway hung the work over the bed in his and Hadley’s second-floor apartment on the Rue Notre-Dame-des-Champs.

Among the cognoscenti, The Farm was already deemed a major aesthetic statement in 1926, and an essay by Hemingway enhanced its reputation. Today its art-historical significance is assured, in part because it advanced not just Miró’s career but modernism itself in an unexpected direction, serving as the pushing-off point for a type of realism that diverged from cubism’s promise of abstraction (so much so that the surrealists pounced, claiming Miró as their own much as they tried to corral Picasso).

Like Murphy, Le Corbusier, Fernand Léger, and Stuart Davis, in the Montroig paintings Miró emphasized tight brushwork, close focus on details, and the application of flat colors bounded in fine lines. In the next decade a committed group of American painters, led by George Ault, Charles Sheeler, and Charles Demuth and working with photographers under the aegis of Alfred Stieglitz, would develop precisionism, in part from this idiom. Miró himself would eventually leave the referential connection to the farm behind but retain the graphic style in which elegantly delineated figures become abstract (the dreamlike, biomorphic forms in their floating state have been related to the hallucinations the painter experienced as he fainted from hunger). Miró’s The Farm bears comparison with Murphy’s Watch, started at the same time and completed before Miró’s painting was finished. Hemingway and Dos Passos were among those who would have seen these two related works in progress, although there is no evidence that Miró himself saw Murphy’s painting. While Miró in Paris was re-creating each corner of the farmyard in Montroig, Murphy was combining the features of a railroad watch made for Mark Cross with those of a gold pocket watch that Sara had given him.

Both artists turn interiors into exteriors. Miró offers a masia, or typical Catalan farmhouse, with the inner space of the barn revealed in cross section, the edges of the walls traced in a schematic red square. Murphy pries open the case of the watch to examine the mechanism. The firm geometry of their compositions frames squares within squares and circles within circles. Miró’s full moon and the shadowy elliptical interiors of the cistern and buckets rhyme with the curves of the gears and winding stem in the Murphy painting. Just as Miró rendered each evenly lit leaf on the delicate tree, each tile on the roof, and the stones in the yard with calligraphic precision, Murphy scrupulously etches the gear teeth and springs and faithfully traces the anatomy of the watch movement’s forms, as tightly locked together as the gears themselves.

Did this detailism motivate Hemingway? Miró models a visual clarity that the writer, for whom the sun was a central symbol, used in the descriptive passages with which so many of his works begin. With Hemingway’s writing, this is not a passive record of the scene, but the probing vigilance of the hunter, fisherman, and combat veteran. Like Miró’s painting, Hemingway’s landscapes are as analytic as early cubism yet move away from its impressionist blur. They adhere to the firm pragmatism of Thorstein Veblen, William James, and Dewey. In his major late book Experience and Nature, published in 1925 and a major influence on Stein and Barnes, Dewey observed: “A bare event is no event at all; something happens. What that something is, is found out by actual study.” That same year, MacLeish observed: “To write one must take the world apart and reconstruct it.” John Updike was fascinated by the connection between Miró and Hemingway through this masterpiece. In an essay on Miró, Updike reads a great painting and tries imaginatively to recapture what another novelist saw in the work, finding that the connection is “an ecstasy of simple naming”:

One tries to look at The Farm with Hemingway’s eyes, seeing what made him fall in love. Under a cold blue sky and small gray moon, a landscape and two white buildings hold a meticulous inventory of tools, furniture, and farm animals; like Hemingway’s early prose, the painting is possessed by an ecstasy of simple naming, a seemingly innocent directness that is yet challenging and ominous. He and Miró, their reminiscences reveal, were both often hungry in Paris, and hungry people see with a terrible clarity.

The line from Miró through Dewey to Hemingway’s fiction is direct. The novel he was writing when The Farm hung on his wall, A Farewell to Arms, opens with a Miró-worthy binocular view from an isolated Italian village on a hilltop:

In the late summer of that year we lived in a house in a village that looked across the river and the plain to the mountains. In the bed of the river there were pebbles and boulders, dry and white in the sun, and the water was clear and swiftly moving and blue in the channels. Troops went by the house and down the road and the dust they raised powdered the leaves of the trees. The trunks of the trees too were dusty and the leaves fell early that year and we saw the troops marching along the road and the dust rising and leaves, stirred by the breeze, falling and the soldiers marching and afterward the road bare and white except for the leaves.

Many have connected the spare, unflinching observation in passages of this kind to Hemingway’s journalism, his “10,000 hours” (to borrow Malcolm Gladwell’s helpful formulation) as a reporter. The credibility that supports the illusion of the fiction is built on such unfiltered mimetic touches as those dusty trees, which, like the delicately rendered tree in Miró’s painting, can be registered only through firsthand observation. As the painter evened out the touch of his strokes from edge to edge, keeping the light level steadily bright across the farmyard, so Hemingway drops the monosyllable “and” into those signature long sentences to hold the diction to a certain uniform level. Miró was withholding painterly technique so assiduously that some have called The Farm a primitivist work, like the popular, flat style of Henri Rousseau, but I think it is closer to the constrained painterly strategies of Picasso, Corbusier, and Léger. Hemingway’s virtuosity (with that long sentence and the impossible excess of “and”) is understated in a similar way—the touches of white and blue are hardly expressive—and the transparent effect gives the reader confidence, in the first sentences of the novel, in the accuracy of what follows. The groundwork for truth is laid. 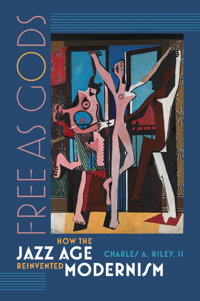 Charles A. Riley, II, is a curator, critic, and professor of English, is the author of more than twenty books on the arts, as well as hundreds of features, news articles, exhibition catalogue essays, and reviews published in national and international magazines. 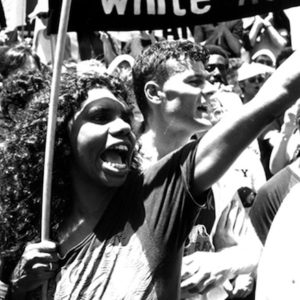 Earlier this year, a campaign started at the University of Sydney, where I work and study, calling for the renaming of the Wentworth...
© LitHub
Back to top
Loading Comments...