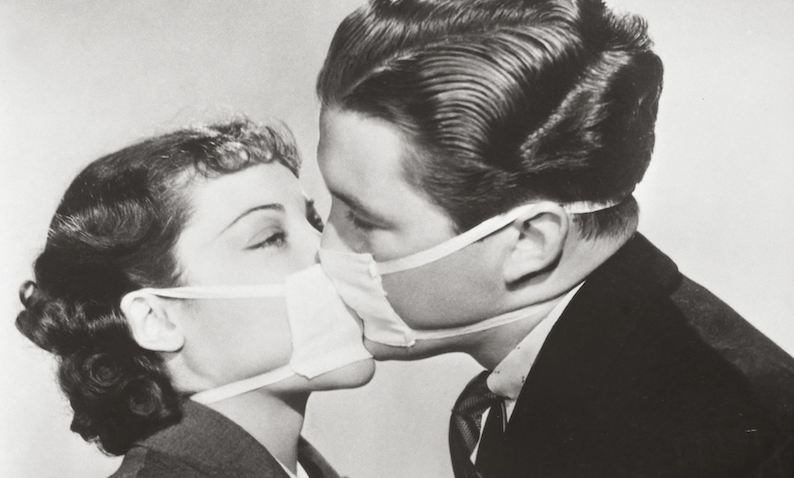 What Has COVID Done to Our Romantic Relationships?

If you’re reading this you recently survived a massive world­wide extinction event, congratulations. Too many didn’t. Have a nice big helping of residual simmering rage (so great for the immune system!) at being abandoned by our “lead­ers,” at the profiteers and incompetents and liars, at a cleverly murderous microscopic entity that wants to exploit you as a host and strip your organs for parts. Along with the grief about everything that was lost. About everyone who was lost.

On another but not entirely unrelated subject, how’s your love life? No doubt living through an extended planetary con­tagion will be infecting our relation to other people’s bodies and droplets for years or decades to come. A deadly virus alters your sense of what gets transmitted between people and what threats they pose, probably long after the patho­gen itself gets beaten down (and apparently we’re not getting back to “normal life” anytime soon).

But it’s not just viruses that mutate, so do we. Our emo­tions mutate, our relationships mutate. Maybe our ideas about love and what we need or can realistically give another person have mutated. We’re different than we were before, including at the cellular level. We’re cohabiting with some­thing malevolent—for how long? Everything important is uncertain. How much that shifts the interpersonal calculus is another of the unknowns.

The pandemic forced a lot of unasked and possibly better avoided questions on many of us about love (and certainly on me): Can you imagine an unimagi­nable world with this person?

Back when the virus hit and shutdown commenced, maybe you were coupled, maybe flying solo, maybe some covert or indecisive combination of the two, but when the music stopped we were all face-to-face with our romantic choices and compromises, like it or not. As a registered domesticity-resister, for the last ten or twelve pre-COVID years my own coupled life had been conducted in a state of contentiously romantic semi-compatibility, in two separate one-bedroom apartments in New York City. One was uptown in Harlem and the other downtown in Chelsea, maybe 25 minutes apart on the subway. By mid-March 2020, as COVID cases rose alarm­ingly in the area, riding the subway felt dicey and New York­ers were being ordered to shelter in place. The basic options were Alone or Together, so we crammed ourselves into the Harlem (less cramped) one-bedroom for the duration, not knowing how long that would be.

From three or four nights a week together, we went to spending seven (or was it ten?) nights and days a week together, working from home, nowhere to go. The streets were ghostlike and cold. “My schedule for today lists a six-hour self-accusatory depression,” to borrow from the Philip K. Dick mental health handbook, which fairly approximated my own mental state. Like many other housebound citizens, I embarked on a Sisyphean project of cleaning and organizing, and in a state of industrious mania spent the first weekend on-site reorganizing my boyfriend’s bookshelves by subject and subcategory, to the point that I alone now know where any particular book is located. I attacked closets and bath­room cabinets, making some unwelcome and frankly disgust­ing discoveries.

As it happens, I once wrote a book-length diatribe against love, though as many people subsequently pointed out, it wasn’t so much against love as it was a polemic against modern marriage and the confines of domestic coupledom. And about love taking so much “work” these days that it looks like an assembly line, and the forms of mutual surveillance and policing that are the prevailing norms under coupled conditions, where anxi­ety about the other person’s autonomy and what they might do with it (betray you, humiliate you) dictates much of the texture of daily life a deux. At the time I was writing this I was not myself coupled, though I’d previously done a 12-year domestic stint and acquired some firsthand expertise. It’s probably not the kind of book you could safely write while in a partnered condi­tion.

Over the years, I heard from readers around the world who secretly shared this domestic angst. I hadn’t known I was writing something cross-cultural and hadn’t been trying to. Many of us are sus­picious of universalizing these days, and would far rather talk about the things that divide us—indeed you hear about little else at the moment. I don’t want to get all “kumbaya,” but maybe furtive coupled discontent is the one thing that truly unites us as a species.

COVID jet­tisoned the distractions, for instance all the other people who’d made coupled life sustainable, leaving you face-to-face with: each other.

But here I was, a coupledom rebel under coupled lockdown. Among other things, the pandemic forced a lot of unasked and possibly better avoided questions on many of us about love (and certainly on me): Can you imagine an unimagi­nable world with this person? By yourself? Yes? Sort of? Not exactly? Presumably no one had paired up thinking “How will our personality quirks mesh (or fail to) in a bunker?”

Despite having been so mocking about the strictures of coupled domestic­ity, I became perversely energetic about, for instance, polic­ing the (increasing) household alcohol consumption because drinking suppresses the immune system (I read) and I didn’t want my mate dropping dead of this malignant fucking virus and leaving me alone, a state I used to savor but the prospect of which now felt (against the backdrop of a barely func­tioning government and a collapsing healthcare system) terrifying. Random field notes from the early days of immersive coupledom: feeling simultaneously comforted by the little domestic routines and imprisoned by the endless neurotic repetition compulsions.

The feeling of knowing another person way too well and also not at all. The dread at being chained to the other person’s psychological inchoateness, like a concrete block dragging you to the bottom of the Hudson, punctuated by moments of curative grim levity. Dependence vying with distrust. Feeling in equal measures marvelously understood and criminally misidentified. Both less and more alone. “I love you but I can barely stand you,” one of us said to the other.

Or you’re a control freak with a mate whose life is in perpetual chaos, which you secretly despise but also keeps you engaged since carping about their irresponsibility is (secretly) a welcome distraction from facing your own problems. All of which the pandemic ruth­lessly exposed or remorselessly accelerated—like maybe you’d affianced yourself to the life of the party and suddenly there’s no party, just four walls and Netflix. What now? COVID jet­tisoned the distractions, for instance all the other people who’d made coupled life sustainable, leaving you face-to-face with: each other.

According to all reports, this much togetherness was not a wonderful thing for everyone. Booze consumption doubled, domestic violence went up an estimated twenty 20 percent, gun sales spiked, and Mary-Kate Olsen filed for an emergency divorce after her husband invited his ex-wife to shelter with them, which she and her fans interpreted as a hostile gesture. In my own household an open can of Diet Coke was thrown. I’m not naming names, I’ll just mention that if you’re in a blind rage, one minute winding up like Roger Clemens and the next trying to understand why there’s fizzy warm liquid streaming down your back, your mental acuity has suffered from too much time indoors and your pitching mechanics need attention. (The other party, with the unfair advantage that accrues to ex-jocks, was sufficiently coordinated to duck the beanball.)

One theory of coupling is that life is a pharmacist, dispens­ing mates who balance our weakness and complement our strengths: a realist for every dreamer, a miser for every spend­thrift, medicine for your personality deficits. Alternatively, we find mates who bring out the worst in us: a partner is sent by the universe as a character test, to expose what you’re really made of. And show you where your “buttons” are—a term I’ve always despised, it reminds me of supernumerary nipples—like some pernicious infrared sensor, detecting what’s most likely to set you off and then invariably “going there.” One of you is the criminal, the defiler of proprieties, to the other falls the job of “restoring order”—this was my unfortunate role, having selected a mate who’s even more of a scofflaw than am I, thus consigning myself for eternity to the boring job of household cop and resident superego. “The last Puritan,” he loved to call me whenever I tried getting him to do some normal adult thing he didn’t feel like doing.

Someone in the midst of a breakup once said to me, about selecting life mates, that when you first meet someone you’re going to be in love with you get this instant glimpse, in the first couple of seconds, of who exactly the person is. Then you get to know them, maybe you even spend years together, and the picture changes and deepens, they’re a vast and com­plicated mystery you’ll never get to the bottom of, for better or worse. Sometimes for worse. Then you break up and you realize they’re exactly who you’d known they were in that first split-second glimpse, but somehow you forgot what you knew, or didn’t quite forget but conspired with yourself to overlook it so that things could proceed. That kept coming back to me during plague times. Is it true? I have no idea. I suppose it’s a story about blind spots and how we were all sequestered with their consequences, and how (by definition) you don’t know where they are in advance until they sneak up and bash you upside the head. 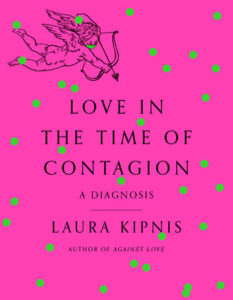 Excerpted from Love in the Time of Contagion: A Diagnosis by Laura Kipnis. Reprinted with Permission from Pantheon Books, an imprint of The Knopf Doubleday Publishing Group, a division of Penguin Random House. Copyright © 2022 by Laura Kipnis.

Laura Kipnis is a professor of media studies at Northwestern University. She has received fellowships and grants from the Guggenheim Foundation, the Rockefeller Foundation, and the National Endowment for the Arts. She is the author of many essays and articles on sexual politics and contemporary culture. 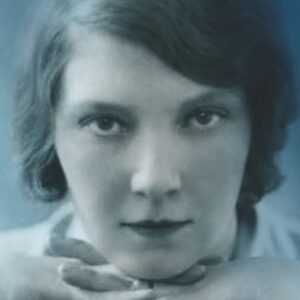 The first time I read Voyage in the Dark by Jean Rhys, I was about the same age as Anna, its eighteen-year-old protagonist....
© LitHub
Back to top
Loading Comments...