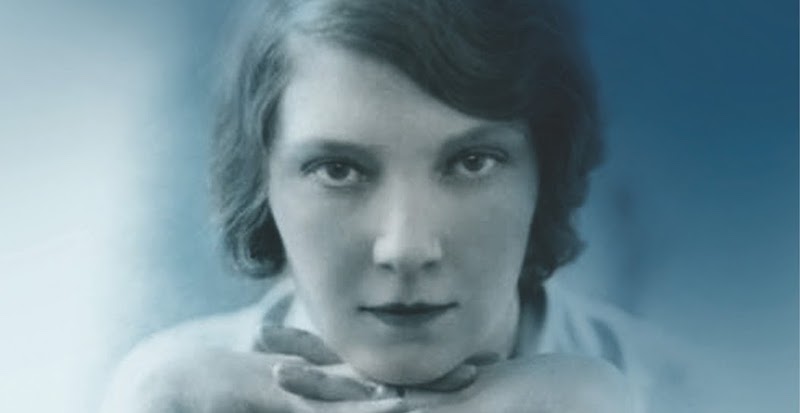 Imogen Crimp on the Intersection of Ambition, Power, Gender and Money

The first time I read Voyage in the Dark by Jean Rhys, I was about the same age as Anna, its eighteen-year-old protagonist. With naïve teenagerly empathy, I experienced the world of the novel as pure emotion, sucked into the intensity of its depiction of first love, abandonment, and isolation. Nearly ten years later, in October 2017, the #MeToo movement was taking off globally and I happened to be rereading Rhys.

I was instantly struck by how similar the issues she’d been exploring nearly a hundred years previously were to those making headlines. Written in 1934 (but set twenty years earlier), Voyage in the Dark charts what Rhys termed the “downward career” of Anna, a chorus girl recently moved to England from the West Indies, and disempowered by her gender, class, and financial situation. When she meets Walter—older, richer, crucially male—she soon becomes dependent on him, but his careless wielding of power ultimately destroys her chances of happiness.

Throughout her fiction, Rhys writes brilliantly about women on the margins. In Voyage in the Dark, Anna is alone in London and very vulnerable, an orphan without a support network or recourse to financial stability. She works as a chorus girl, which also functions symbolically in the novel, suggesting a life lived as part of an identity-less, marginal group rather than the “main act.” The male characters in the novel are obsessed with her becoming more successful —“getting on,” as Rhys terms it. Walter suggests shortly after meeting her that she should take singing lessons, because he and his friend Vincent think they can get her “something much better” than the chorus, and Vincent insists that she’s going to be “a great girl one of these days.”

But in reality, the way that Walter uses Anna prevents her from ever leaving the margins: she quits her chorus job under his influence, losing her independent income, and her sexual relationship with him (she’s a virgin when they meet) forces her into an even more marginal position when he eventually abandons her—that of a prostitute. This seemed to me to echo so many of the stories from the #MeToo movement—those about powerful men enticing and manipulating vulnerable women with promises of dazzling careers. In Voyage in the Dark, Anna’s vulnerability to male exploitation is directly related to her marginal status, to the lack of opportunities for a woman like her to autonomously “get on.”

The tone of the novel beautifully reflects this vulnerability: written in close first person, the narrative is in turns intensely claustrophobic and surreally dreamlike, mirroring the perspective of a young woman detached from society, with limited power to make an impact on the world.

Strikingly, Rhys reflects the relative power and status of her characters through the way that they relate to and inhabit London. The marginalized characters in Rhys’ novels all move between boarding houses and hotels, inhabiting only temporary spaces. They have no privacy and no sense of permanence. In Voyage in the Dark, Anna moves multiple times, more than once because her behavior has been considered unacceptable by an intrusive landlady (“I don’t want no tarts in my house, so now you know,” one of them says, after Anna comes back one day in expensive clothes bought with Walter’s money). Rhys herself seems to have moved almost constantly—reading her collected letters, it’s staggering to see the sheer number of different addresses at the top of them.

And what she shows powerfully in her writing is the emotional meaning of spaces, the way that the rooms we occupy color our sense of our identity. In Voyage in the Dark, Anna’s unstable living conditions and lack of private space exacerbate her sense of alienation and disempowerment, making her even more vulnerable.

For Rhys’ women on the margins, the acquisition of money is random and unpredictable, not based on talent or moral worth.

But Rhys’ London, like ours, is a city of contrasts, and I was fascinated by the way that Rhys figures power geographically, showing rich men as easily occupying and controlling spaces. This, again, seemed reminiscent of so many stories that came out around the #MeToo movement, which illustrated women’s powerlessness in certain exclusive and private rooms. The rich parts of London, now and in Rhys’ time, are hostile to those unable to afford them (something easily observable to anyone today walking through the garden squares of Chelsea, with their white townhouses displaying visible CCTV).

Rhys’ London is specific, grounded in place names with all their economic meanings—Anna takes rooms in the shabbier areas of Camden and Kings Cross, while Walter lives in affluent Mayfair. His house is constantly personified as hostile, with Anna describing it, the first time she goes back there, as “sneering faintly, sneering discreetly, as a servant would.” And the wealthy male characters in Rhys’ novel also seem to have the power to make any space private. The first time Walter invites Anna for dinner, he takes her to eat in a room in a hotel. She realizes halfway through the meal that there’s a bedroom behind a door concealed by a curtain and the waiter, paid by Walter, seems utterly complicit in Walter’s apparent plan to sleep with Anna, closing the door after he brings them coffee “as if he wasn’t coming back.”

Rhys’ powerful male characters are able to occupy these private spaces because of their financial security —the same financial security that allows them to hand out money to, and so control, impoverished women. For Rhys’ women on the margins, the acquisition of money is random and unpredictable, not based on talent or moral worth (as it is, for example, in so many Victorian novels, such as Jane Eyre). As a result, Anna finds it impossible to imagine investing in the long-term. She has no idea when she’ll get her next chunk of money from and no control over her finances. “You never know where it goes to,” she says. “You change a fiver and then it’s gone.”

The first time Walter gives Anna money, she spends it all immediately on clothes. She fantasizes that her circumstances will now change meaningfully: “Out of this warm room that smells of fur I’ll go to all the lovely places I’ve ever dreamt of.” Unable to establish long-term security, she relies on the hope that looking right will give her access to a better sort of life. It’s certainly true that characters make instant assumptions about her based on how she dresses: her first landlady evicts her when she sees her new clothes, assuming she’s a prostitute, and Ethel, a woman she meets later, can’t understand why she’s living in such a cheap room given that she has a fur coat.

The narrative is in turns intensely claustrophobic and surreally dreamlike, mirroring the perspective of a young woman detached from society, with limited power to make an impact on the world.

But even Anna eventually acknowledges that clothing can’t fundamentally change her. Looking in the window of an expensive clothes shop, she reflects that society is designed to make women believe in this illusion: “Keep hope alive and you can do anything, and that’s the way the world goes round, that’s the way they keep the world rolling.”

Rereading Voyage in the Dark, I found myself repeatedly drawn to the way it resonated with contemporary concerns: vulnerable women falling under the influence of powerful men; a city of temporary rooms, full of disenfranchised young people sharing spaces with strangers; the ever-present myth of capitalism, promising, instead of long-term security, that buying the right stuff will make you happy. I started wondering what sort of person Anna would be in the modern day—a young woman, living in precarity, looking for love and security, but limited by her circumstances; the result was my novel, A Very Nice Girl. My Anna, like Rhys’, is a singer—an opera student at a conservatoire, struggling to get by in expensive and alienating London.

When she meets the wealthy, aloof Max, she quickly becomes entangled in all the complexities inherent in a relationship where uneven power dynamics and money are involved. In Voyage in the Dark, one of Anna’s friends, Maudie, reports to Anna what a man has told her about the value and status of women in relation to male power. “You can get a very nice girl for five pounds,” he says to her, “a very nice girl indeed; you can even get a very nice girl for nothing if you know how to go about it.” In my novel, I wanted to explore what life would be like today for a Rhys-inspired “nice girl,” in a world in which ambition, power, gender and money still intricately intersect. 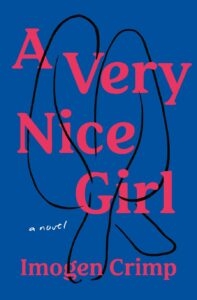 Imogen Crimp studied English at Cambridge, followed by an MA in contemporary literature from University College London, where she specialized in female modernist writers. After university, she briefly studied singing at a London conservatory. A Very Nice Girl is her first novel. She lives in London.

What Has COVID Done to Our Romantic Relationships? 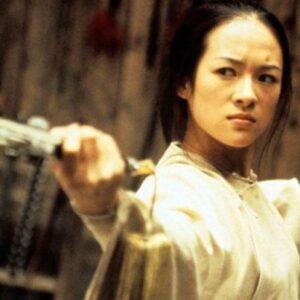 While Western leaders like Rupert Murdoch and Bill Clinton were hoping that the American influence would travel to China,...
© LitHub
Back to top
Loading Comments...