What Happened to Nicolás Maduro’s “Socialism”?

On False Promises and Economic Crises in Venezuela

On the eve of the postponed presidential elections, Venezuela teeters on the brink of a crisis of gargantuan proportions. It is impossible to deny that that the Bolivarian revolution inaugurated by Hugo Chávez Frias on his election to the presidency in 1998 has collapsed. The facts and figures are devastating. Yet there are those both within and outside Venezuela who persist in their denials, and still refer to the government of Nicolás Maduro as socialist. It makes a mockery of the very word.

In 2018 Venezuela, the world’s second largest oil producer, is confronting the world’s highest inflation figures: 4250 percent annualized for 2017, and 5065 percent for the cost of food. It has occupied this unenviable spot for four years. Hyperinflation barely begins to describe its social and economic consequences. Translated into real lives, it signals a collapse in living standards for a rising proportion of the population—declining meat consumption, an average weight loss of 12 kilos as a result of a lack of carbohydrates and vitamins. Though official figures are absent, the most basic medicines are unobtainable—including anti-convulsants, aspirin, birth control pills, retroviral drugs and diabetes medication. There is a rise in infant mortality, and diseases that had disappeared—diphtheria, malaria, measles—have returned. The health system, meanwhile—both hospitals and local emergency and clinical services—has virtually collapsed. You are more likely to find armed men in the corridors than surgeons, and the most basic equipment has either been stolen or simply deteriorated beyond use.

The minimum wage, to which are added food vouchers (cestatickets) whose value is not included in the calculation of social benefits, pensions, etc., is now increased almost daily yet never coincides with the rate of inflation. It is currently set at a little over two million bolivars; that will buy you two packets of disposable nappies, or two dozen eggs, or a kilo of pork. Meat consumption, which is basic for Venezuelans, has declined in the last three years by 22 percent.

At the level of the national economy, GDP has fallen to a deficit of 15 percent from a high point in 2004–5 of over 15 percent growth. For the sixth year running there is a fiscal deficit—since 1990 Venezuelan fiscal receipts have fallen by 4.5 percent per annum (as compared, say, with Bolivia, where they have risen by around 20 per cent annually).

All the available data—though the Central Bank has failed to provide regular updates on the economy since 2011—simply confirm the economic disaster. The anecdotal evidence offers no respite. The pictures of the poor scrabbling among the rubbish in search of food are not fabricated; the regular incidents of looting of shops and supermarkets across the country are so commonplace that they are rarely reported.

And yet, as the lackluster presidential campaign of 2018 proceeds to its probably inevitable outcome, Maduro and his wife appear singing and dancing before their carefully selected audiences at election rallies—always wearing red and exhibiting a cheerful confidence, which does not extend to genuinely open meetings. Maduro travels with well over 100 bodyguards, and he uses television as his main platform of communication—since it is controlled and state-owned.

But the question that every observer should be asking—but sadly is not—is this: Why is an ostensibly socialist regime overseeing a catastrophic decline in the living standards of its mass base, its health and well-being, and doing nothing about it—not even referring to the tragedy unfolding at the palace gates? More importantly, how has a country with the world’s second highest oil and gas reserves reached a point where its monetary reserves are at their lowest for 20 years, bearing in mind that those two decades have seen the highest ever oil prices. In fact, the Central Bank has no liquid reserves at all—where did the $69 billion oil revenues earned between 2003 and 2012 go?

One thing is certain. The presidential elections—postponed by the Maduro government until the most favorable conditions existed—will produce neither an answer nor new directions. It is impossible to avoid the conclusion that both the right-wing opposition and the ruling Chavista group are content to allow the population to continue to suffer extreme hardship, their lives hanging by a thread, in the belief that the situation will favor them as long as the blame can be laid at the door of the other.

The right-wing electoral alliance, the MUD or United Democratic Platform, is a band of warring groups who have been unable to come up with an agreed candidate or any kind of strategic plan. Their abstention in the presidential election covered the absence of any strategy or solution. They have literally nothing to say about the state of the economy, and seem to be adopting the attitude of Madame Defarge, who knitted while the guillotine fell in 1789. The candidate the right is likely to support, Henri Falcón, is an ex-Chavista city mayor and provincial governor who has some credibility among the majority population, who still consider themselves Chavistas, but is regarded as a deserter by others. His history means that he is unlikely to win very many votes from the bourgeois right either, cemented together by their bitter class hostility to Chávez and Chavismo.

A third candidate, whose campaign has been heavily financed and well-organized, is an evangelical Christian, funded largely from the United States. This reflects a much wider right-wing operation which has already divided the Bolivian and Ecuadorean indigenous organizations and formed a powerful bloc in the Brazilian parliament. It is not coincidental, that the Amazon Basin has been a base of operations for the Pentecostals for years now, in addition to Central America. In Mexico, they have organized in Chiapas to counter the influence of the Zapatistas. Their message is hostile to collectivism, individualistic and socially reactionary, focusing on the question of abortion. Their slick campaign in these elections has focused on the social issues that have affected the poor across the country, eroding the mass base of Chavismo, though it is hard to measure, at this stage, the extent of that influence. But disillusionment and despair provide a fertile terrain for evangelicals endowed with considerable wealth. Their penetration, however, is not limited to the anti-Chavistas. A number of leading Chavistas, at the very pinnacle of power, are evangelicals, including the recently arrested ex-Interior Minister, Miguel Rodríguez Torres, a military officer with a powerful base of support within and beyond the armed forces.

The candidate most likely to win, of course, is Nicolás Maduro. He represents, ostensibly, the continuity of Chavismo. He maintains the discourse and the symbolism of Chávez, and as foreign minister he was a key member of the Chávez administration for most of its duration. He makes enormous play of his working class background—he was a bus driver and a leader of their trade union. In his first election campaign after Chávez’s death, in 2013, Maduro won, but with a majority of less than 1 percent. He did so by relentlessly mobilizing the name and popularity of Chávez. Anyone who arrived in the country during the electoral campaign would have been justified in assuming that Chávez was still alive, since his speeches and public appearances were endlessly replayed by the media, and Maduro never tired of asserting that Chávez was by his side—or on one occasion, on his shoulder in the form of a bird. There is little doubt that Maduro won because of Chávez’s enduring charisma rather than because of any personal qualities of his own.

In December 2015, in elections to the National Assembly, Maduro fared still worse. The shortages of goods, the lack of medicines, the increasingly visible levels of corruption, and the sheer ineptitude of the administration took their toll despite the attempts to ascribe the deepening crisis to an “economic war” waged against Venezuela by the national bourgeoisie on the one hand, and imperialism on the other. It was a crude device to simply locate the causes for the catastrophic decline of the economy outside the country in order to foster a fallacious unity under siege.

Yet there was some validity to Maduro’s argument, though not in the way he presented it. The central question was not whether Venezuela was under siege and under attack—that much was obviously true. The long aisles of empty shelves in the supermarkets—or at least those in the poor and lower middle class districts—were impossible to hide, as were the huge queues that built up outside their doors in search of basic items. These were not bargain-hunters in search of cheap goods. They were queueing for sugar, corn flour, nappies, rice, eggs—the most essential items. And their patience often went unrewarded. For when the items did arrive, their price rose by the week. One result was the growth of a kind of parallel economy—the bachaqueo, referring to the lines of large ants (bachacos) engaged in an infinite series of journeys carrying things to the queen. New unofficial networks of distribution were built up through which products were available at lower than supermarket prices—sometimes goods bought there in the first place by organized teams of professional queuers. Other items came via the back door of ministries and official institutions or through a vigorous cross-border contraband traffic.

Despite voluble declarations of concern and the creation of innumerable ineffectual commissions, nothing was done by government to effectively control prices or ensure distribution to those in urgent need. On this even the supporters of Maduro reluctantly agree. There was a Law of Fair Prices, a campaign against corruption which claimed some 200 mainly middle level functionaries. Eventually, in 2016, the CLAPs were introduced. These were packages of basic goods, at guaranteed controlled prices that would be delivered directly to people’s homes. In fact, distribution was placed in the hands of the government party, the PSUV, with the inevitable result that they would be allocated as political rewards; and in fact the CLAPS quickly became commodities in another circuit of illegal trade, being resold at higher prices and often delivered, where they reached the intended consumers, with their contents partially stolen. In the meantime the only minister of consumer affairs who actually attempted to implement a fair prices policy, Eduardo Samán, was twice red from his job within two weeks. He was replaced, and as was to occur elsewhere with growing frequency, by a relative of Maduro. 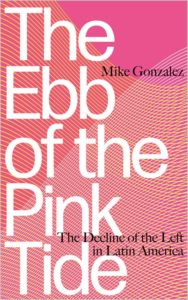 From The Ebb of the Pink Tide: The Decline of the Left in Latin America. Used with the permission of Pluto Press. Copyright © 2018 by Mike Gonzalez.

Mike Gonzalez is Emeritus Professor of Latin American Studies at the University of Glasgow. He is the author of The Last Drop: The Politics of Water (Pluto, 2015) and Hugo Chavez: Socialist for the Twenty-first Century (Pluto, 2014). He is co-editor of Arms and the People (Pluto, 2012).

Nicholas Boggs on the Significance of James Baldwin's Children's Book 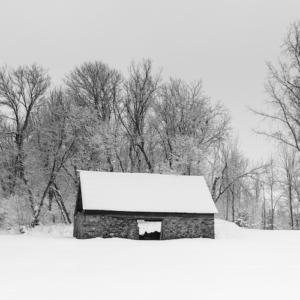 Appetites I store them just outside of town In a barn I hold by dubious title. They rest among abandoned tools And...
© LitHub
Back to top
Loading Comments...