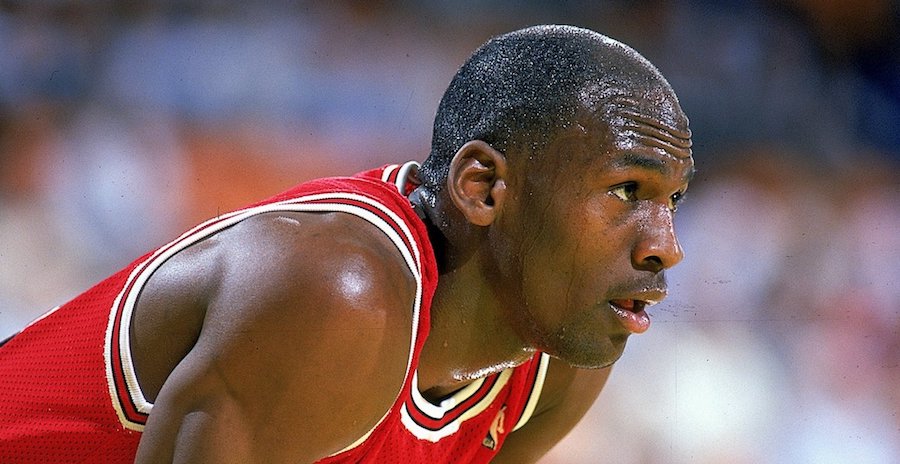 By Edward Brodkin and Ashley Pallathra

Many elite athletes have outstanding strength, speed, and physical coordination. But when you consider legendary, once-in-a-generation champions, one of the qualities that sets them apart, in addition to their athleticism, is their unique ability to remain deeply relaxed and aware. Not unlike the comedy greats, these champions retain a unique state of relaxed awareness even while under tremendous strain and pressure.

The great basketball coach, Phil Jackson, described an unusually strong capacity for relaxed awareness in Michael Jordan, a quality that was one secret of his success: “the most serene person I’ve ever seen is Michael. He has a great sense of awareness. He loves the feeling of being calm in the midst of a storm of activity. He’d like to have that feeling every waking hour.” In this state of relaxed awareness, in the midst of the game’s storm of activity, Jordan was “in the zone,” or what psychologist Mihaly Csikszentmihalyi has called a flow state. Jordan was acutely, but calmly, aware of the movements of himself and his teammates all around him, often perfectly coordinating his own movements with theirs. Because he was not physically tense, his movements could flow unimpeded. Moreover, he was able to achieve a remarkably calm state of mind under the pressure of overwhelming commotion, ear-splitting noise, and what were, for him and his teammates, the highest of personal and professional stakes.

This ability to relax deeply while maintaining awareness, even during intensely high pressure situations, is also characteristic of the gold-medal-winning, world-record-setting Olympic swimmers Michael Phelps and Katie Ledecky. When a top exercise physiologist, Dr. Michael Joyner, watched them swim, what stood out to him was the extraordinary degree to which they could remain relaxed and aware during intense competition.

In particular, Dr. Joyner was captivated by watching Phelps swim in the 2008 Summer Olympics.  Unlike global audiences who were focused on Phelps’s world records and increasing medal count, Dr. Joyner, a competitive swimmer himself, found Phelps’s presence in the pool to be most notable.  “’I have never seen anyone so relaxed in the water,’ he said….And relaxation can be taught…People like Michael Phelps…are masters of relaxation, able to get into a rhythm and stay there even with the intense pressure of Olympic competition.”

Leading up to the 2016 Olympics, Dr. Joyner’s impression of the then eighteen-year-old, world-record-setting champion Katie Ledecky was remarkably similar. He noted that she was gifted with an ability to push herself to the max, which can be physically very painful, yet maintain a maximal level of relaxation at the same time.

This combination of pushing the body to its physical limits while maintaining a sense of calm is something common among endurance athletes. An exceptional example is Eliud Kipchoge, who in 2019 became the first person to run a marathon in under two hours. Despite the tremendous pain of running at a pace of just under four minutes thirty-five seconds per mile for over twenty-six miles, he was able to stay mentally calm and physically relaxed, his stride smooth and flowing. He’s been described as someone who is very strong mentally, has a Zen-like character, and can achieve a meditation-like state while running.

This combination of pushing the body to its physical limits while maintaining a sense of calm is something common among endurance athletes.

The exceptional relaxation ability that Michael Jordan shows in the midst of a high-stakes game, that Michael Phelps and Katie Ledecky show in Olympic competition, and that Eliud Kipchoge shows in a marathon, isn’t a dulled and distracted relaxation, of course—on the contrary, it’s a state of mind and body that is lively, energetic, vigorous, and fully aware and engaged in what’s happening, yet it is relaxed in the sense of being free of tension, flexible, supple, and ready for action. The actor and martial artist Bruce Lee described it this way: “Do not be tense. Just be ready, not thinking but not dreaming, not being set but being flexible. It is being ‘wholly’ and quietly alive, aware and alert, ready for whatever may come.”

Because it isn’t a dulled and distracted relaxation, it’s not an unemotional state—Jordan, Ledecky, and Kipchoge can experience their own emotions, but their emotions don’t cause them to constrict or tense up to the extent that they would in most people. These athletes and their coaches realized, whether consciously or intuitively, that there is great power in balancing and integrating the seeming opposites of awareness and relaxation. If you can be aware of yourself, your environment, and other people in a way that is relaxed and open, then you will be able to more fully engage in what is happening moment by moment and use your full abilities to meet any situation, flexibly, as it arises.

Relaxation isn’t an all-or-nothing phenomenon—it occurs in degrees. Most of us carry around much more mental and physical tension than we’re even aware of. Dr. Joyner noticed many elite swimmers who could relax to some extent in the water, even to a great extent, but Phelps and Ledecky went beyond that to a truly noteworthy depth of relaxation, even while dealing with intense mental pressure or physical pain. Similarly, Phil Jackson certainly saw basketball players who could stay cool and calm during games, but Jordan was the most serene player that he’d seen. And it was this remarkable relaxed awareness that enabled Jordan to be so attuned to his teammates and opponents in the heat of the game.

This quality of Michael Jordan’s is distinctly similar to the qualities described in our opening story about the Dalai Lama. Columbia University Professor Robert Thurman and his wife, who are close supporters of the Dalai Lama, noticed this profound ability of his to pay absolute attention to everyone and anyone he talked to, completely tuning in to them, while remaining relaxed and open, even after the stresses of a long day in a loud and distracting setting.

What makes people like Michael Jordan and the Dalai Lama such outliers in their remarkable abilities of relaxed awareness? There are likely many factors involved, such as natural talent, upbringing, and life experiences. But deliberate training and practice of relaxed awareness can also play an important role in developing this quality. One aspect of Tibetan Buddhist practice, of which the Dalai Lama is the lead practitioner, is the development of a state of mind akin to relaxed awareness. The Dalai Lama has spent, and continues to spend, an untold number of hours in meditation practice, including a certain type of meditation described by the Sanskrit word Shamatha, which literally means “tranquility,” “serenity,” or “calm presence.” In a practical sense, Shamatha means a “flow of attention which is stable and clear,” maintaining a state of mind that is neither agitated, on the one hand, nor dull and sleepy on the other hand, but is balanced in a state of what we would call relaxed awareness. This state of mind enables the Dalai Lama to be more open and ready to engage with whatever happens in the outside world, or in his own inner world of thoughts and emotions.

As the head coach of the Chicago Bulls basketball team from 1989 to 1998, Phil Jackson used meditation practices within his training program. Some players didn’t take to it, and some had an interest, but Michael Jordan had a remarkable natural aptitude for it, according to Jackson, who himself is a dedicated meditator. So, while it’s safe to say that the Dalai Lama is more skilled at meditation, and Jordan is more skilled at basketball, they do have something extraordinary in common—they are both outliers in the ability to access states of relaxed awareness.

What makes people like Michael Jordan and the Dalai Lama such outliers in their remarkable abilities of relaxed awareness?

How do they do it? How do they acquire this ability and put it into practice? Is acquiring this skill remotely possible for the rest of us “regular people” who are living fast-paced, high-stress lives and don’t have access to the specialized training and resources of a hall of famer or a world-famous religious leader?

It turns out that you don’t have to be Michael Jordan, Michael Phelps, Katie Ledecky, or the Dalai Lama to develop some of this skill. (Phew.) In fact, the potential to be in a state of relaxed awareness is quite natural and innate for each of us. Even as infants in the first weeks of our lives, we were already capable of a very basic form of relaxed awareness, which has been called the quiet alert state. Understanding this particular phenomenon can teach us a lot about ourselves, about attunement, and even about how those star athletes achieved seemingly miraculous feats.

The quiet alert state in infants was first described by researchers working in the 1950s, ’60s, and ’70s: Dr. Peter Wolff and Dr. Heinz Prechtl. Wolff and Prechtl pioneered the approach of systematically observing and cataloguing infant behaviors in great detail, in much the same way that biologists made field observations of animals in their natural environments. In doing so, they noticed that infants tend to cycle through several distinct “behavioral states.” Some of the states occurred when they were sleeping (i.e., not aware) or fussy (i.e., not relaxed), both of which don’t involve much interaction with others.

In what they called the quiet alert state—a primal state of relaxed awareness—however, infants experienced the optimal state of mind and body to interact with their environment and the people around them. In this quiet alert state, babies’ eyes are open and appear bright and attentive, their bodies are relatively still and calm, their breathing pattern is regular, and they are aware and tuned in to their environment. It’s in this state that babies interact the most with their parents or caregivers, often gazing attentively into their caregiver’s face, listening to them, and engaging in some simple imitation of facial expression and some very basic back-and-forth communication.

So, even in the first days of our lives and continuing throughout our lives, a state of relaxed awareness forms the foundation of attunement. 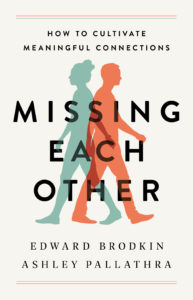 Edward S. ("Ted") Brodkin, M.D. is Associate Professor of Psychiatry with tenure at the Perelman School of Medicine at the University of Pennsylvania. He is the Founder and Director of the Adult Autism Spectrum Program at Penn Medicine and has been honored by Philadelphia Magazine as a Top Doctor in the Philadelphia region for 14 years. Ashley A. Pallathra, M.A. is a clinical researcher and therapist. She is the author of numerous published research articles and a book chapter in the fields of autism research, social neuroscience, and social-emotional functioning in youth. Her current research and clinical work center around strengthening social competence and building resilience in children and adolescents from diverse community settings. Ted and Ashley have collaborated since 2014, when they first worked together at the University of Pennsylvania. Through their shared interests in neuroscience, psychology, social and emotional development, music, and martial arts, and their passion for making the world feel a little less lonely, Missing Each Other was born. Learn more at MissingEachOther.com.

What If the Dunkirk Evacuation Had Failed? 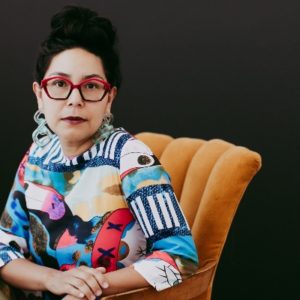 Felicia Rose Chavez’s The Anti-Racist Writing Workshop is written to and for those who teach, but it’s hard to imagine...
© LitHub
Back to top
Loading Comments...