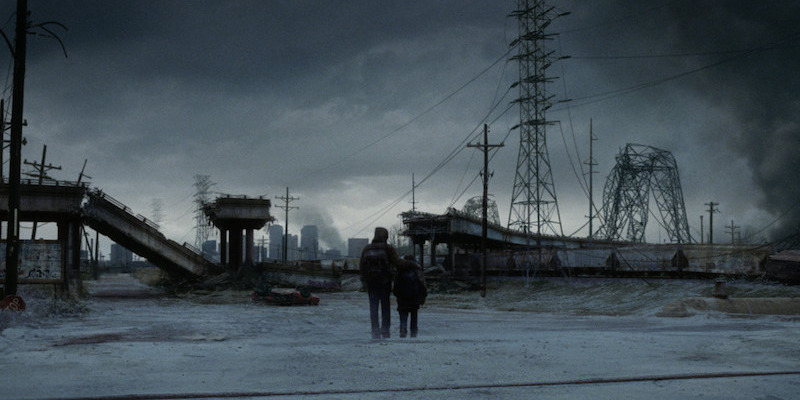 “An exquisitely bleak incantation...” “A little showy, a little glib...”

Keep a little fire burning; however small, however hidden.

It’s now 15 years since Cormac McCarthy’s terrifying post-apocalyptic odyssey, The Road, first hit shelves. The story of a father and son traversing a fallen US where an unspecified ecological cataclysm has destroyed almost all life on the planet, The Road won McCarthy the 2007 Pulitzer Prize for Fiction and has since been hailed as one of the greatest works of climate change fiction ever written.

Here’s a look back at the very first reviews of McCarthy’s “great American nightmare.” 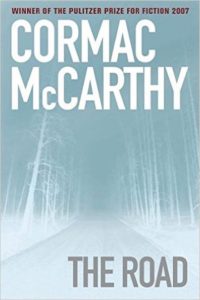 “The paradox in every part and sentence of the post-apocalyptic narrative—evoking even as it denies—is repeated as if fractally by The Road as a whole … All the elements of a science fiction novel of the post-apocalypse are present or at least hinted at…There are bits of satire of a very dark order in the hints that religious extremism caused the holocaust, and in the relentless way McCarthy deprives the foolish reader of the reassurances … The Road is neither parable nor science fiction, however, and fundamentally it marks not a departure but a return to McCarthy’s most brilliant genre work, combined in a manner we have not seen since Blood Meridian: adventure and Gothic horror.” 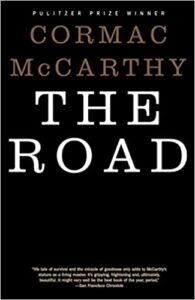 “Shorn of history and context, Cormac McCarthy’s other nine novels could be cast as rungs, with The Road as a pinnacle. This is a very great novel, but one that needs a context in both the past and in so-called post-9/11 America … we should remember that the history of Cormac McCarthy and his achievement is not an American dream but near on 30 years of neglect for a writer who, since The Orchard Keeper in 1965, produced only masterworks in elegant succession. Now he has given us his great American nightmare … The Road is a novel of transforming power and formal risk. Abandoning gruff but profound male camaraderie, McCarthy instead sounds the limits of imaginable love and despair between a diligent father and his timid young son, ‘each other’s world entire.’ The initial experience of the novel is sobering and oppressive, its final effect is emotionally shattering …The vulnerable cultural references for this daring scenario obviously come from science fiction. But what propels The Road far beyond its progenitors are the diverted poetic heights of McCarthy’s late-English prose; the simple declamation and plainsong of his rendered dialect, as perfect as early Hemingway; and the adamantine surety and utter aptness of every chiseled description.” 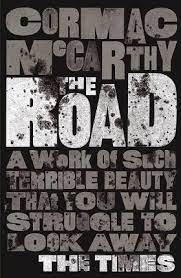 “This is an exquisitely bleak incantation—pure poetic brimstone. Mr. McCarthy has summoned his fiercest visions to invoke the devastation. He gives voice to the unspeakable in a terse cautionary tale that is too potent to be numbing, despite the stupefying ravages it describes. Mr. McCarthy brings an almost biblical fury as he bears witness to sights man was never meant to see … His use of language is as exultant as his imaginings are hellish, a hint that The Road will ultimately be more radiant than it is punishing. Somehow Mr. McCarthy is able to hold firm to his pessimism while allowing the reader to see beyond it. This is art that both frightens and inspires.” 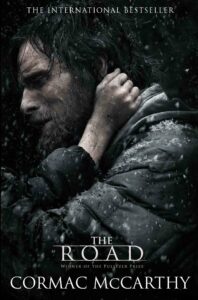 “With only the corpse of a natural world to grapple with, McCarthy’s father and son exist in a realm rarely seen in the ur-masculine literary tradition: the domestic. And from this unlikely vantage McCarthy makes a big, shockingly successful grab at the universal … Our literary expectation is that the man’s ingenuity will redeem him, but while it’s true that he and the boy survive a number of scrapes in The Road, the agony of the novel is that things are getting worse, not better … The existence of a moral structure—the will to do good—is the soaring discovery hidden in McCarthy’s scourged planet.” 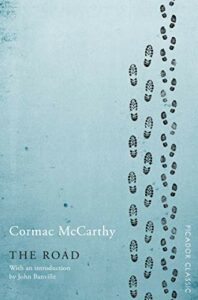 “The Road is not a science fiction, not an allegory, and not a critique of the way we live now, or of the-way-we-might-live-if-we-keep-on-living-the-way-we-live-now. It poses a simpler question, more taxing for the imagination and far closer to the primary business of fiction-making: what would this world without people look like, feel like? From this, everything else flows … There is nothing easy about the machinery of this book—the mise-en-scene, the often breathtaking writing, the terrifying concentration of the evocation—but there is something perhaps a little showy, a little glib, about the way that questions of belief are raised and dropped … The question of endings in an apocalypse must be philosophical as well as merely emotional, even in a novel.” 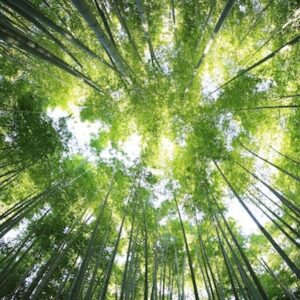 Ever give much thought to what types of sounds make you feel good? Maybe you have, but not in a fully conscious way. When...
© LitHub
Back to top
Loading Comments...