What Curse? On the Chicago Cubs and Generations of Bad Luck

Scott Simon is Finally Ready to Talk About All the Bad...

Baseball players on all teams will tell you that they don’t believe in curses. But if they get a crucial hit in a game one night, they’ll wear the same socks the next.

I have talked to a score of Cubs players over the years and carefully asked about . . . this curse stuff. They answer with a kind of monologue of aplomb: I was always the best athlete in my town. I pitched a shutout and hit three home runs in our state championship game. I’ve been a SportsCenter highlight. I’m a winner. I’m lucky. That’s what got me here. Hard work and skill are real, not curses.

But a few minutes later, they might talk about what their first thoughts were when they heard they were coming to the Cubs: Great town. Best park, best fans. You’ll never be more popular in your life than you will be on the north side of Chicago. But you hear these stories . . .

I don’t believe in curses. But I do believe (I kind of have to) in the power of stories. And over 108 years, the more the Cubs lost, often in farcical and fantastic ways, the more those losses strengthened the fairy tale that the club must be cursed.

I used to rewrite lines from Carl Sandburg’s poem “Chicago” for the Cubs:

Stinging with magnetic curses amid the toil of piling loss on loss, here is a tall bold loser struggling just to beat St. Louis, Cincinnati, and Pittsburgh . . .

Laughing the loony batty bawling whimpering of defeat, half-faded, sweating, proud to be Hit Butcher, Out Maker, Stacker of Defeats, Loser by Boatloads and Curse Sufferer to the Nation!

The Cubs got into and lost six World Series in the 37 years between 1908 and 1945. The Cubs lost the 1910 Series to the Philadelphia Athletics when a great pitcher named Jack Coombs won three of what turned out to be just a five-game series. No curse—just Coombs.

The Cubs lost their next World Series in 1918, to the Boston Red Sox, who won while scoring just nine runs in the six-game series. This is still a record for scoring economy, all the more improbable because Babe Ruth was on that Red Sox team—pitching. He threw 29 ⅔ consecutive scoreless innings, which stood as a record for 40 years. No voodoo, just the Bambino.

Eleven more years would pass before the Cubs had a chance to lose the World Series again, this time to the 1929 Philadelphia Athletics. Hack Wilson, a Cubs Hall of Fame center fielder (and brawler, and carouser, a true triple threat), lost track of fly balls in the sky. When a little boy asked Joe McCarthy, the Cubs manager, for a souvenir baseball, he told him, “Stand behind Wilson. You’d get all the loose balls you want.”

The Cubs returned to the World Series in 1932, only to lose in four straight games to the New York Yankees of nine future Hall of Fame players. In the fifth inning of the third game, Babe Ruth stood back from the plate, pointed at the bleachers with a hand, and whacked a Charlie Root curveball 500 feet, past the center field flag pole. Did the Babe call that home run shot? He certainly encouraged that story over the years. Or had Ruth just made a gesture to bark back at some of the epithets Cubs players hurled at him?

It is hard to question the word of a Supreme Court justice. John Paul Stevens was a 12-year-old boy at the game that day with his father. He once assured me, “Ruth did point to the center field scoreboard.” (I’m pretty sure he didn’t mean Justice Ginsburg.) “And he did hit the ball out of the park after he pointed with his bat. So it really happened.”

But Charlie Root, who threw the ball, never saw it that way. He’d tell all reporters that if he’d really thought Ruth had boasted about where he would hit his next pitch, “I’d have knocked him on his ass.”

Ruth’s Called Shot became part of the Babe’s legend. But it also entered Chicago Cubs lore as a story to show how the club lost important games in preposterous ways. The most dangerous home run hitter in baseball came to the plate, and what did the Cubs bench do? Razz him until, like King Kong swatting airplanes with the palm of his hand, the Sultan of Swat walloped a home run. Next time, try a little tenderness.

The Cubs returned to the World Series in 1936—and lost in six games to the Detroit Tigers. They had a return engagement with the Yankees in 1938—and lost this series in four straight games, too. The Chicago Cubs had already become a national punch line for loss and frustration by the time William Sianis took his pet goat to Wrigley Field in 1945 for a World Series game.

Bill Sianis came to Chicago as a teenager from Greece in 1912. He washed dishes in the West Loop, and when Prohibition ended in 1933, he reportedly wrote a bad check to buy a storefront near the Chicago stadium that he turned into a bar. He made good on his bad paper within a week.

The Lincoln Tavern was the name of the bar when Bill Sianis bought it. A lot of trucks that hauled livestock would turn down that stretch of West Madison Street on their way to the old Chicago stockyards, and at some point a baby goat fell off of a truck and got brought into the bar.

Billy Goat was a nickname for Bill Sianis, who had a long face, graying hair, and a jagged spike of a beard. He saw the baby goat and apparently got all gooey. What naturalists call “mutual scenting” ensued. Billy Goat nursed the little goat back to health, and the bewhiskered ruminant, which he named Murphy, became his personal mascot. The line between Billy Goat Sianis and the baby goat became almost indistinguishable. Sianis renamed his bar the Billy Goat Tavern.

The 1945 World Series was between the Cubs and the Detroit Tigers. Charlie Grimm was the Cubs manager. Most of baseball’s best players still wore uniforms that were more important than baseball jerseys in this last year of World War II, so both clubs were stocked with “rejects and 4Fs who knew it was their last chance at major league ball,” said Uncle Charlie. “God, I loved them.”

The Cubs were ahead, two games to one, when the teams arrived in Chicago. Billy Goat Sianis bought two box seats for $7.20. Bill Sianis and his goat had become local celebrities and were welcomed into the park. Billy paraded his billy around the infield in a pregame drizzle, Murphy adorned with a placard that said we got detroit’s goat.

Ushers tried to convince Bill Sianis that he’d had his fun, and gotten shots of Murphy into the next day’s newspapers, but now it was time for man and goat to go. Billy Goat produced the two box seat tickets. By the fourth inning, a couple of cops had joined the ushers to tell Billy that fans had complained about the smell of Murphy’s sopping fur. I’m not sure Cubs fans should talk.

William Sianis was offended. The Cubs had welcomed Billy and his billy goat as free pregame entertainment. But the Cubs didn’t consider them fit company to stay for the game? All the beers he had poured for the ushers and cops who had come to the Billy Goat Tavern, where Billy would never give them a bill. “Hey, no, on the house.” All the times Billy had brought Murphy to kids’ birthday parties and Police Athletic League picnics. Then they get hauled out of Wrigley Field like shoplifters?

Wouldn’t that make you almost want to lay down a curse on the club you loved?

Some people on the scene insist that as Billy and Murphy were hustled out of the park, Bill Sianis huffed something like, “There will never be another World Series at Wrigley Field.” Charlie Grimm said that he and the players heard nothing. Some members of the Sianis family have claimed Bill sent a telegram to Phil Wrigley: “You are going to lose this World Series and never play in any other World Series because you insulted my goat.”

Whatever Billy Goat Sianis said or didn’t, the Cubs lost the World Series to Detroit, four games to three. Billy Goat told reporters in subsequent years that he sent Phil Wrigley another telegram: “Who stinks now?” The Cubs would not play in a World Series again for 71 years. And any time the team seemed on a course to the World Series, or even a few outs away, incredible and unforeseen events—black cats, or the hand of a fan—seemed to strike like bolts of lightning from a blue sky.

Curses are ridiculous fictions that prey upon the faithful and the feebleminded. Which made us Cub fans vulnerable. 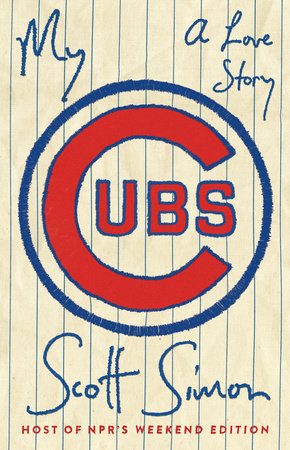 Scott Simon is one of America's most admired writers and broadcasters, having reported from all over the world and many wars. He is the award-winning host of Weekend Edition Saturday. With over 4 million listeners it is the most-listened to news program on NPR. Simon has written seven books including Just Getting Started," with Tony Bennett, and has one of the largest personal media followings on Twitter. He also hosts public television specials and does stories for CBS Sunday Morning. Scott received the Order of Lincoln from the State of Illinois in 2016, the state’s highest honor. A native of Chicago, Scott is a lifelong Cubs fan. As he writes in My Cubs: A Love Story, “If you prick me, I’ll bleed Cubby blue.”

Murakami vs. Bolaño: Competing Visions of the Global Novel 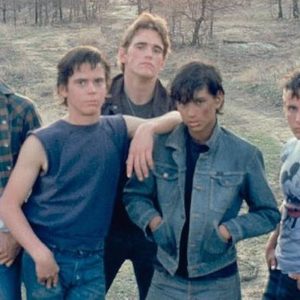