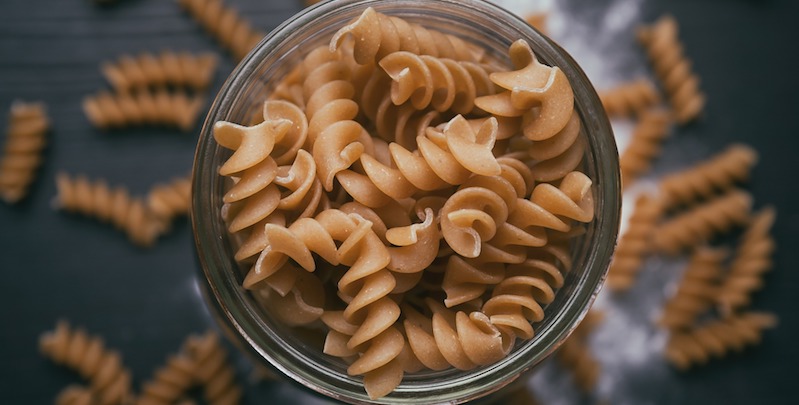 In Conversation with Chef Evan Funke, Author of American Sfoglino

According to his bio on the website for Felix, his latest Los Angeles restaurant, Evan Funke is “a culinary storyteller, a custodian of Italian tradition and a master of the old world techniques of handmade pasta.” This month, American Sfoglino: A Master Class in Handmade Pasta (Chronicle Books) showcases Funke’s passion as a pasta maker, which was nurtured under the mentorship of Maestra Alessandra Spisni at La Vecchia Scuolo Bolognese outside of, of course, Bologna.

Don’t haul out your metal pasta machine, however. Evan Funke is all about sheet pasta, the kind that is mixed by hand, rolled out using an ancient wooden tool called a mattarello, and then cut, rolled, folded, twisted into shapes familiar and surprising (such as the caramelle referenced below, which look exactly like festive individual candies, but contain savory fillings).

Bethanne Patrick: Let’s talk about your title, first.  Why use the term “sfoglino” when you are American?

Evan Funke: The title represents a confluence of mentorship and origin both American and Bolognese.

BP: When was your passion for pasta ignited?

EF: At Spago my love of pasta was a mere flicker, I learned a single shape, it remains still to this day the only shape I’ve learned from a man, the agnolotti. It was also this shape that drove me to Italy for the first time in 2007. But it wasn’t the agnolotti that would ignite my passion for this ancient craft, it was the tortellini under the hand of the Maestra Alessandra Spisni, in Bologna.

I think the misconception about lasagna in general is that it’s heavy. I wholeheartedly disagree with this assumption.

BP: What is it about Bologna and the bolognesi and their approach to food?

EF: Bologna is my second home, it’s a love affair really. The streets are perfumed by melting pork fat, cigarette smoke and diesel fuel. It holds one of the oldest universities in the world. A little bit San Francisco, a little bit Brooklyn. It’s edgy, full of artists and jazz, street punks and nonnas all surrounded by extraordinary history and culture. It also happens to be the Mecca of handmade pasta.

BP: How many mattarelli do you have? Is there one you prefer above all others?

EF: I have several mattarelli, I’ve retired a few due to travel and humidity. My very first mattarello was made by Maestro Occhi. Its name is San Luca. Each mattarello I own is made by the Occhi family. The process is for making these works of art is extensive, takes patience and experience. It starts with choosing the right tree, blocking curing, kiln drying then to the lathe, expertly turned, true to a thousandth of an inch. These mattarelli are precision instruments. But, the mattarello is a living thing, it must be used frequently or it will deteriorate and bow if it is neglected or abused.

BP: In the book you tell the story of the day you got Maestra Spisni’s lasagne good enough to have her let you make it. What would surprise American readers about that dish and how it tastes/seduces?

EF: I think the misconception about lasagna in general is that it’s heavy. I wholeheartedly disagree with this assumption. Lasagna should be delicate, if the architecture of the strata is thoughtful, the lasagna will be balanced and light.

BP: One of your dough recipes is for the staple of cucina povera, a dough made from just flour and water. Do you use it often? Why? What does it stand up to best?

EF: Water and flour dough is a staple across the entire peninsula. However, south of Bologna you typically encounter water and semolina. The cucina Bolognese is one of refinement and therefore it’s only natural to see 00 used in a majority of pasta formulas. This particular dough is very well hydrated, water is far more efficient in producing the viscoelastic properties of a strong gluten structure. Eggs on the other hand take much longer to find the balance of elasticity and extensibility. Water and flour doughs are obviously a more frugal option but more importantly, way faster when having to produce pasta for a hungry group. Overall, I use this specific formula to teach new students how to handle sfoglia because it’s very forgiving and easy to handle.

BP: Which is your favorite pasta shape to make? To eat? To serve?

EF: My favorite shape is the one I haven’t learned yet.

“What’s the most terrible thing Americans do to pasta?” “Oversalt the water!”

BP: Your sidebar on Bologna’s hardware stores is great fun. What’s the last item you bought (or items!) at one of these spots?

EF: I’m a big fan of hardware stores in general, it’s an amazing bonus that the ferramente across Italy have pasta tools too. I’m always on the hunt for obscure instruments.

BP: What’s the most terrible thing Americans do to pasta?

EF: Oversalt the water! Pasta water should never ever taste like the ocean, it should taste like an aggressively seasoned soup.

BP: Your cover photo is of your spinach-dough balanzoni. Was it tough to decide what to highlight there? Any thoughts?

EF: We obviously wanted an image that captured the essence of the book and choosing a singular image was near impossible. Eric Wolfinger is an exceptional photographer, which made it even harder.

BP: Which techniques do you still find challenging? What haven’t you tried, yet?

EF: Making pasta is a practice, just as one practices law or medicine, it’s a practice. You learn a foundation of information and practical knowledge and apply that skill set on a daily basis all the while staying current as new techniques (or old in my case)or information is discovered. There are hundreds if not thousands of undiscovered and forgotten shapes, each one having a personal history attached. The challenge is having enough time in my life to discover them all.

BP: The caramelle shapes that look like little wrapped hard candies are so much fun. Are there sweet/dessert pastas?

EF: There are many dessert pastas, one that comes to mind is called sfrappole. It hails from Bologna and served during the carnivale. The dough is comprised of 00 flour, eggs, brandy, juice and zest of orange. It’s rolled thin by hand with a mattarello, cut into triangular strips, fried in pork fat and dusted with powdered sugar.

BP: What’s next for you professionally?

EF: A follow up book, digital series on quibi, and of course more pasta.

BP: Which of your pasta dishes are your family’s favorites? 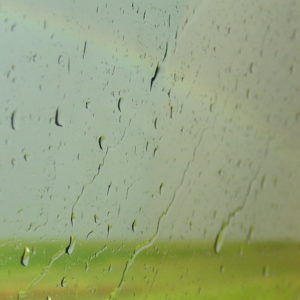 On the last bus from Dublin to Limerick Raindrops pelted the landscape And held little photos Of aluminum crutches in each...
© LitHub
Back to top