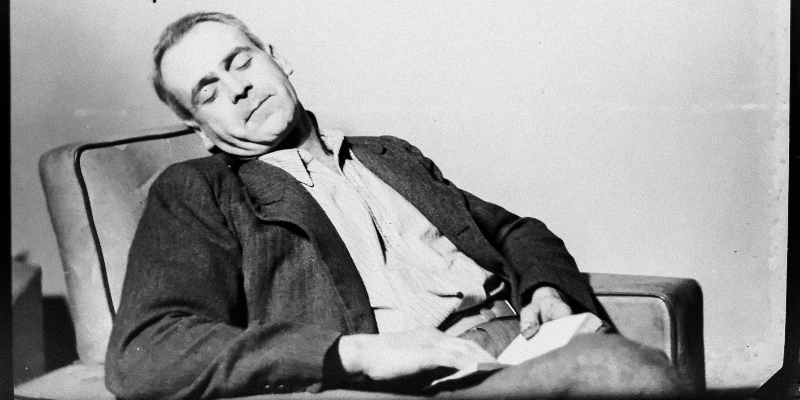 Finnegans Wake—a book of rebirth and reawakening—finds its engine for rejuvenation in dreaminess. This matches what neuroscientists tell us: sleeping and dreaming are regenerative, intellectually and physiologically. Dr. Jade Wu, a sleep specialist at Duke University, tells us in this episode, “Sleeping is actually a very very active state of the brain, and there’s a lot of life-affirming things happening. For example, the growth hormones are being released . . . your brain is literally refreshing itself when you sleep. So in a way you’re not so much dying as getting maybe a little younger in a way, or getting a little healthier.” She says, “Sleeping is almost like a tiny bit of reversal of death.” In other words, sleep gives us something close to the plot of Finnegans Wake.

We can’t say for certain that Joyce’s whole book is set within a dreamer’s mind, but James Joyce himself maintained it was his book of dreams and “nocturnal life.” And John Bishop’s classic study, Joyce’s Book of the Dark, charts the dream logic of the novel, and it makes a lot of sense. Still, whether or not the whole book is a dream, it’s often dream-like: illogical, obsessive, anxious. Joshua Cohen in this episode relates the dreaminess to the drunkenness of a wake, the drunkenness at the pub run by main-character HCE. Almost halfway through the book, we find HCE in his pub, drinking whatever’s left over in empty bottles. And at that moment, Cohen observes, one might consider the Wake “a kind of drunken dream-book.” Here’s the scene:

he finalised by lowering his woolly throat with the wonderful midnight thirst was on him, as keen as mustard, he could not tell what he did ale, that bothered he was from head to tail, and, wishawishawish, leave it, what the Irish, boys, can do, if he did’nt go, sliggymaglooral reemyround and suck up, sure enough, like a Trojan, in some particular cases with the assistance of his venerated tongue, whatever surplus rotgut, sorra much, was left by the lazy lousers of maltknights and beerchurls in the different bottoms of the various different replenquished drinking utensils left there behind them on the premisses by that whole hogsheaded firkin family, the departed honourable homegoers and other sly-grogging suburbanites

Is the groggy slygrogging mood one of drunkenness or of sleep? Or is it both at once, a mood of dreaming and wakefulness? (The “multiple things at once” approach will often carry you through Finnegans Wake, and should never be ruled out.)

Consider “replenquished” in the passage above, too. It’s an unreal word, describing the empty bottles. It must mean the fullness of replenishment (there’s still something in those bottles for HCE to drink) but it also tells us of a vanquished (emptied, defeated, “quished”) state. A fallen thing, an empty bottle, becomes a source for replenquishment, for bizarre fullness. Joyce’s word has the dreary desperation of our waking days (wherein we find emptiness and defeat and vanquishing and deserted pubs) along with hope of our dreams (wherein we find compensatory fullness in that emptiness).

Emptiness/fullness, or falling/rising: these opposites merge throughout Joyce’s book. Joshua Cohen says in this episode that the Wake, a book about an old man, is also “a book of second youth, maybe.” An old man falling asleep or drunkenly stumbling about leads into the youthful play of dreams, or at least dreamy language, from which come novelty and rebirth. “Maybe that’s what night is,” Cohen says, “second youth.”

Dr. Jade Wu is a sleep specialist at Duke University.

Joshua Cohen is a novelist and critic. He’s the author of The Book of Numbers, Moving Kings, and more. 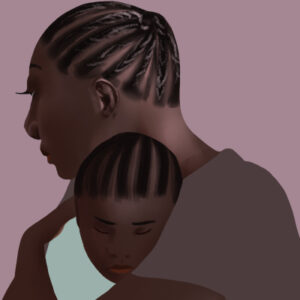 My debut novel, Caul Baby, has gone through many iterations. Initially, it was a short story about a young, Black girl in Harlem...
© LitHub
Back to top