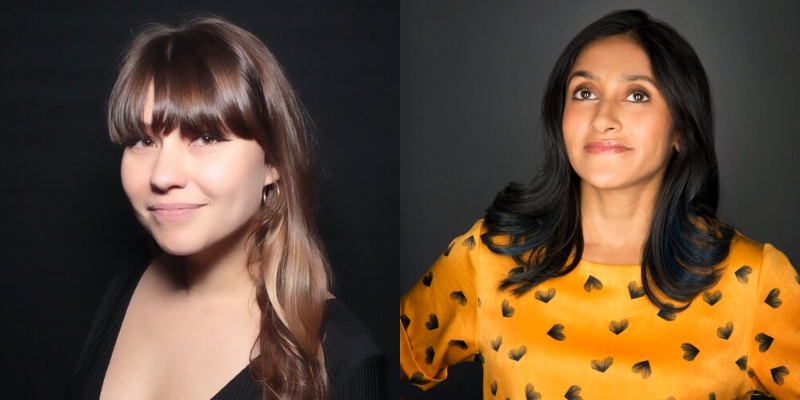 This week on The Maris Review, Amy Solomon and Aparna Nancherla join Maris Kreizman to discuss the anthology Notes from the Bathroom Line: Humor, Art, and Low-Grade Panic from 150 of the Funniest Women in Comedy—which Amy edited, and Aparna contributed to—out now from Harper Design.

*
On common themes that run through the collection:

AS: It was a big Venn diagram and they all had anxiety in the middle, essentially.

MK: And Aparna, your short story is in the middle of that Venn diagram.

AN: Oh yes. I was like, I’m just gonna straight up write about anxiety, be a little on the nose.

MK: Tell me about some of the other patterns you discovered.

AS: It’s in the book’s subtitle: Humor, Art, and Low Grade Panic. We spent so much figuring that out. There are certainly pieces that are confident and breezy and not denoting enormous amounts of anxiety, but the book was largely written pre-pandemic. So the fact that all of this anxiety was pre-pandemic speaks to the era we’ve been living in.

*
On optioning for TV:

MK: Amy, of all the pieces you’ve collected to publish in this book, what is the most adaptable for TV?

AS: If you tell people in Hollywood that you’re doing a book, they’re like oh, are you going to option it? No, no, it’s a book. Some things can stay a book.

AN: I’m so surprised sometimes by how little material you need to option something. I had a friend who told me recently she was told to write a script off of a photo that went viral.

AS: Detransition, Baby by Torrey Peters · Afterlife by Julia Alvarez

AN: Little Eyes by Samanta Schweblin · The Collected Schizophrenias by Esmé Weijun Wang

Amy Solomon is a producer on HBO’s Silicon Valley and Barry. She currently runs Alec Berg’s production company, where she develops content for film and television. She is the editor of Notes from the Bathroom Line.

Aparna Nancherla is a comedian and general silly billy. Her sense of humor is dry, existential, and absurd, with notes of uncalled-for whimsy. Think, a wine you didn’t order. 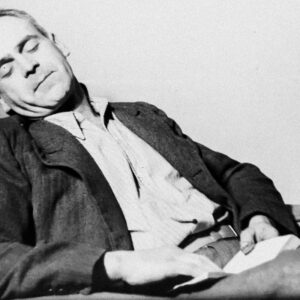 Welcome to Finnegan and Friends, a new five-part series about the most mystifying book ever written: James Joyce’s Finnegans...
© LitHub
Back to top