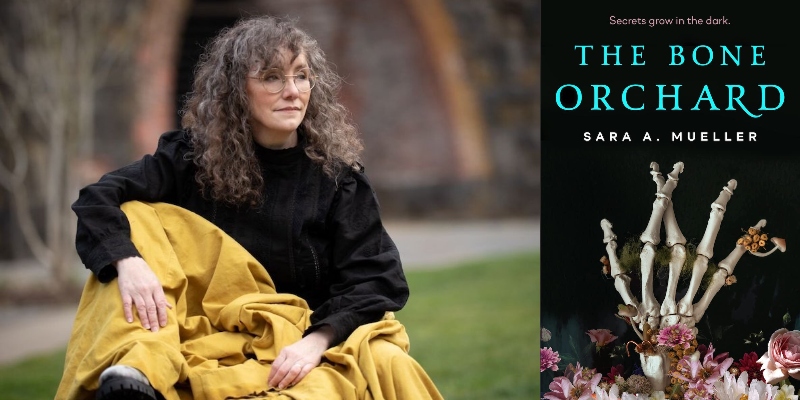 Get ready for a cruel dark world of abnegation and revenge, featuring a woman who struggles to achieve psychic integration after a succession of betrayals. Like a Westworld written by Edgar Allan Poe, Sara A. Mueller’s The Bone Orchard comes with its own charming brothel owner, whose name actually is Charm.

Charm’s free will is limited by an implant, and her memory damaged. Her dying lover/captor, the old Emperor, assigns her two final tasks which she must complete to win her freedom. She must punish his poisoner and find a worthy person—not one of his sons—to serve as the next emperor.

Charm’s girls at the brothel are also her helpmates. They were grown in vats from assemblages of bones. That doesn’t mean they don’t have feelings, though. Pride mostly stands behind the reservation desk, looking cool and composed, while Shame is damaged early on in the game by one of the Emperor’s sons, the cruel Prince Phelan. And Pain—well, she has an especially hard time of it. Her role is to accept the pain of others, leaving them relieved of discomfort.

Behind all those linked girls lurks the spirit of a mysterious and gentle woman, the architect of their lives, referred to as the Lady, who shares Charm’s body with her. The Lady must be shielded from the terrible things that happen, but occasionally she comes out of the shadowy recesses of their shared consciousness to mend her creations.

This is just the opening set up of this complex and original novel, that continues to introduce flawed conniving characters to create a chessboard of moves and countermoves.

Gabrielle Martin: A boneghost is an animated creature not found outside of your novel. I’ve seen their creator, the Lady, described as a necromancer, but I’m not sure that’s totally accurate. Can you explain what a boneghost is?

Sara A. Mueller: A boneghost is a constructed body which the Lady can animate with the disassociated identities that share her brain with her. She has grown a tree that has human bones as its fruit, and she assembles skeletons as they grow in a vat of a substance called empathy fluid, and then they spontaneously develop muscles and organs, and eventually, skin and hair. It’s a hollow vessel if you think a little bit of the frameworks you might grow heart tissue on that science is experimenting with. Then they are animated. In that sense, it’s sort of necromancy—but more like Frankenstein.

Gabrielle Martin: Many readers have interpreted the character of Charm/the Lady, and the various boneghosts, to be a narrative of the effects of trauma. Trauma shatters and splits off integral pieces of ourselves as we no longer find the capacity to take it all in. Can you enlarge on this concept and how it relates to your novel?

Sara A. Mueller: I was very interested in what is now called dissociative identity disorder—in the past it was called multiple personality disorder. I didn’t want to try to represent the actual state. There’s a lot of scientific argument about it. I still found it interesting that you can disassociate yourself from an event—that your brain can just go numb and step away because it can’t take it in anymore. I wanted to find a way to physically represent that with the bone ghosts—that they are pieces of a past that has been so horrific and so painful that there’s been a repeat experience of just stepping away from it. Once your brain learns this survival trick, it tends to repeat it.

A seamstress and horsewoman, Sara A. Mueller writes speculative fiction in the green and rainy Pacific Northwest, where she lives with her family, numerous recipe books, and a forest of fountain pens. In a nomadic youth, she trod the earth of every state but Alaska and lived in six of them. Fun fact: Her family once moved out of a house on the same day they’d moved into it, exactly one year later. 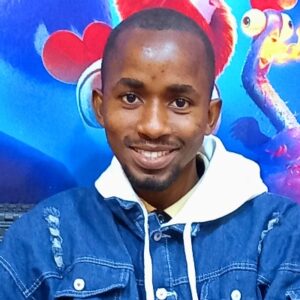