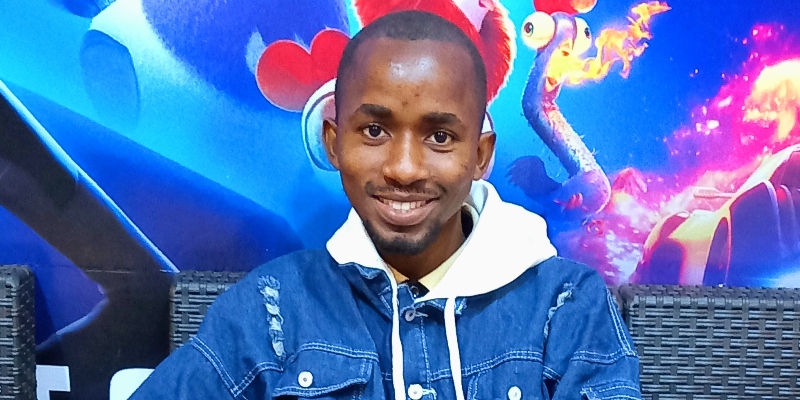 How do we write about sex? It’s a question writers have dealt with for as long as there have been writers. It has been done using extended metaphors, through sexy stream-of-conciousness, with nitty gritty details, and vague references to spring.

In Praise Osawaru’s “off 19th street,” he faces this challenge head-on. Osawaru has careful control over his sentence construction, which allows the build of tension to last much longer than one might expect. He guides us through a narrative that grows as a storm does, carefully combining lyrical imagery and unabashed action to sustain this balancing act of eroticism and craft.

Listen to Praise Osawaru read “off 19th street” on Micro.
Subscribe and listen in full, wherever you get your podcasts!

PO: Weather can be unpredictable at times, and it can be well employed in driving a piece of work involving people and desire. The history you’ve just mentioned speaks for itself. For me, I’d gotten the erotic idea before I started writing, but there were some holes I’d planned to fill while writing the poem. I school in Benin City, and the weather can be bipolar there. One minute there’s a furious sun; the next, rainfall explodes. So many times, I’ve been held down by both. So when I was writing my idea, I asked myself, “What unpredictable thing could stop this lady from going back home?” And the answer came when I looked out my window: weather.

The idea is that both characters are obviously attracted to one another but haven’t had a chance to be intimate. The girl came over to help the guy clean his new apartment. And when they were done, sweating, weather swoops in with roof-chanting and unceasing rain. This gives both of them the chance to give in to their desire, to feel the warmth of the other.

I also wanted the language to be unique and beautiful, while visually capturing the details. It took lots of care for me to come up with something like “you come over when an orange glow encroaches upon a section of the morning sky.” And then I worked on sustaining the imageries. The connection between the guy and the girl, and their sex, which was what the narrative was leading up to, required utmost precision. Here, I wanted it to be natural—something that happened between them. Yet I had to take it slow, clearly depict it, and make both of them perspire and feel each other deeply.

KR: What is, in your opinion, the sexiest weather?

PO: I think a rainy or chilly weather. Just moderate rain or chill would do. We call it a “weather for two” here in Nigeria. The whole point is that it’s cold and two people (who are attracted to each other) keep themselves warm indoors. You know, the “ritual of warm bodies.” One could even dance or kiss in the rain, if they want.

KR: This poem is so fluid and has such a natural rhythm that looking at it on the page, it seems like something that just poured out. With that in mind, what was the most difficult part of writing this poem, and how did you overcome that difficulty?

PO: Things like language, imagery, narrative were a bit challenging, but I liked the challenge. The most difficult part was sustaining the flow and natural rhythm. I wanted it to be straight from a movie, but one the reader has never seen. I wanted it to be real(istic), rhythmic, and spontaneous. Like something that just happened, but in a beautiful way. Yes, it looks like something just poured out on a page, but before I was able to achieve that I had to pay attention.

I knew what I wanted to write and how I wanted it to be. I always aim for my poems to be natural and unfold tenderly. After writing the first draft and reading it, there was a gap between the desired and actual look. I was able to overcome that by reading narrative poems and poems about love and sex, picturing myself as the narrator and everything happening to me in real life, and taking the time to read my poem over and over again, in between the lines, while I cut anything that disrupts the flow, rework necessary areas, and fine tune the overall look. Until it had the natural fluidity and rhythm and the erotic feel I wanted, among other things.

PO: My writing process isn’t static—it changes based on the situation, and I’m quite adaptive. Most times, it begins with an idea which I note down or keep in my mind. And that idea could come from me reading another writer’s work, watching a movie, listening to a song, seeing an artwork, my personal experiences, conversations, or random things I see or hear—I’m inspired by everything and anything. I find inspiration even in the littlest of things.

Many times, I plan my writing—I set aside a time for writing and I stick with it. Other times, I just have a feeling to write and I go with it. If I already have a perfect idea of what I want to write before writing, it’s mostly easy as I begin with a line and then follow it until I feel I’m done. Other times, I have  a vague or not-so-complete or not-so-perfect idea of what I want to write. I just begin with a line and follow the voice in my head, follow my spirit, until I feel this is good enough.

Sometimes, the words come themselves; a lot of times, it is me reaching for them, like reaching into a well and pulling up water. I also read my favorite writers and writers whose works always inspire me, before writing, while writing and editing. These writers include Romeo Oriogun, Itiola Jones, Safia Elhillo, Nome Emeka Patrick, Ocean Vuong, Adedayo Agarau, and many more. My writing process requires creative and critical thinking, attention to details, developing a narrative, and unique use of language, among others. Basically, I devote time and effort to writing.

After writing “off 19th street,” which I named after the street where the narrator’s new apartment is, I knew I had to be sure of which magazine to submit it to. Many magazines don’t want erotic/erotica except if stated, so I kept the poem for a while as I looked for the perfect opportunity. It stayed in my laptop until I saw Taylor Byas’ publication with Honey Literary in the “Sex, Kink, and the Erotic” category. It was then I knew I’d found the home for my poem. I sent it to Honey Literary and got an acceptance. Rita Mookerjee was so kind with her suggestive edits which helped better my poem. I’m also grateful to Dorothy Chan for creating the space and publishing my poem.

Praise Osawaru (he/him) is a writer of Bini descent. A Best of the Net, Pushcart Prize, and Nina Riggs Poetry Award nominee; his work appears in Agbowó, FIYAH, Frontier Poetry, Down River Road, The Maine Review, and Uncanny Magazine, among others. He’s the first-place winner of the 2021 Valiant Scribe Poetry Prize and a finalist for the 2021 Stephen A. DiBiase Poetry Prize & the 2021 Dan Veach Prize For Younger poets. He’s a Contributing Editor for Barren Magazine and a reader for Chestnut Review. Find him on Instagram & Twitter: @wordsmithpraise. Linktr.ee: https://linktr.ee/wordsmithpraise 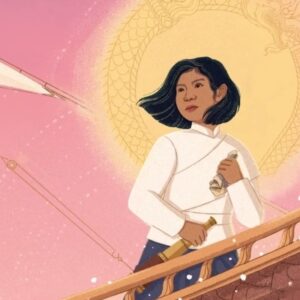