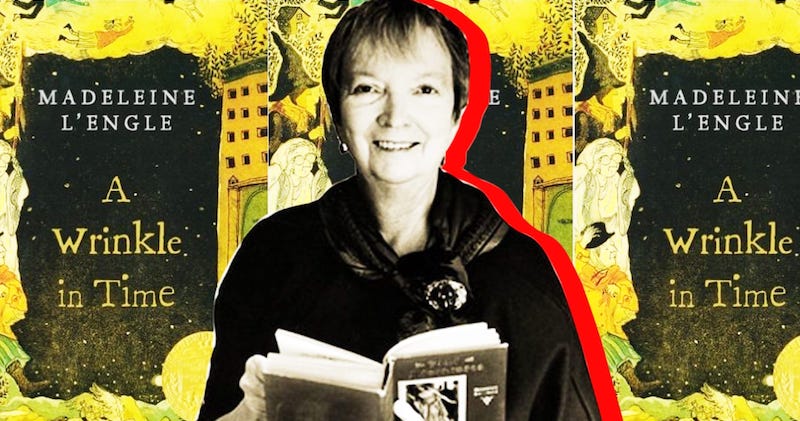 We’re getting a Wrinkle in Time stage musical.

L’Engle-lovin’ theater kids of the world, rejoice: a stage musical of A Wrinkle in Time, one of the most acclaimed and beloved children’s books of the 20th century, is in the works.

The adaptation of Madeleine L’Engle’s Newbury Award-winning 1962 novel about a girl who travels through space and time to rescue her scientist father from the evil forces holding him prisoner on another planet—which will feature music and lyrics by Obie Award-winning composer Heather Christian (Oratorio for Living Things), book by Lauren Yee (Cambodian Rock Band) and direction by two-time Obie Award winner Lee Sunday Evans (Dance Nation)—has been shepherded to the stage by Charlotte Jones Voiklis, L’Engle’s granddaughter and director of her literary estate.

“Knowing my grandmother’s love of and devotion to theater, I had long envisioned a musical adaptation of A Wrinkle in Time that could transport audiences to a different dimension in a way only music can,” said Voiklis in a statement. “I am inspired by this creative team who truly love and understand the original novel and yet are ready to explore the possibilities of what it could be on the stage.”

In the sixty years since its publication, A Wrinkle in Time has sold over 10 million copies. It has also been adapted into an opera, a graphic novel, several plays, a made-for-TV movie, and, most recently, a feature film directed by Ava DuVernay.