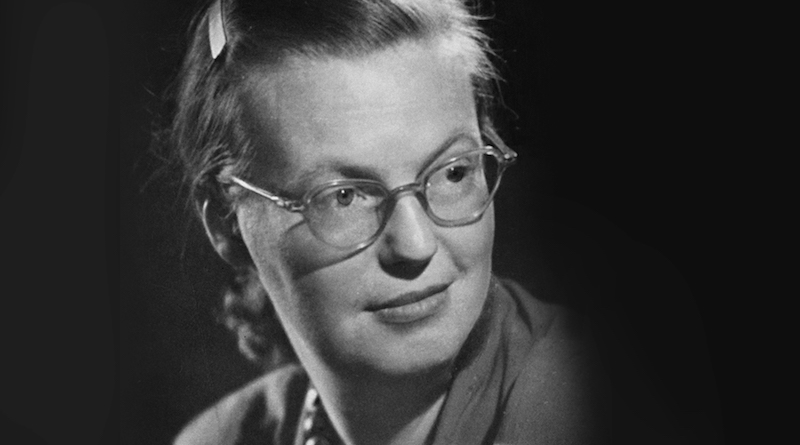 We’re getting a Shirley Jackson tribute anthology in 2021.

This Halloween was . . . admittedly not the best, but next year’s is already shaping up to be much better—now that a collection of original stories in tribute to the late horror writer Shirley Jackson, featuring Joyce Carol Oates and Paul Tremblay, is set to be published by Titan Books in fall 2021. Other contributors to When Things Get Dark: Stories Inspired by Shirley Jackson include Elizabeth Hand, Victor LaValle, Cassandra Khaw, Laird Barron, Nathan Balingrud, Ben Percy, Karen Heuler, Richard Kadrey, and Seanan McGuire.

Shirley Jackson is a legend; The Haunting of Hill House is regarded as one of the best ghost stories of all time, and students everywhere get their minds blown each year with “The Lottery.” (She’s also funny: describing readers’ reactions to “The Lottery,” she wrote, “The number of people who expected Mrs. Hutchinson to win a Bendix washing machine at the end would amaze you.”) And Ellen Datlow, the editor of When Things Get Dark, is a horror giant in her own right, having won five Bram Stoker Awards, seven Hugo Awards, ten World Fantasy awards, and three Shirley Jackson (!) Awards for her editing. Said George Sandison, managing editor of Titan Books: “Ellen Datlow might just be horror personified . . . so to be able to work on a project with her—in tribute to the mighty Shirley Jackson nonetheless—is a bucket list job for me.”

Alas, we have to wait a whole year for the anthology, but in the meantime, we can pregame the release by reading Jackson’s biography, or revisiting “The Lottery”:

The morning of June 27th was clear and sunny, with the fresh warmth of a full-summer day; the flowers were blossoming profusely and the grass was richly green. The people of the village began to gather in the square, between the post office and the bank, around ten o’clock; in some towns there were so many people that the lottery took two days and had to be started on June 26th, but in this village, where there were only about three hundred people, the whole lottery took only about two hours, so it could begin at ten o’clock in the morning and still be through in time to allow the villagers to get home for noon dinner.

The children assembled first, of course . . .