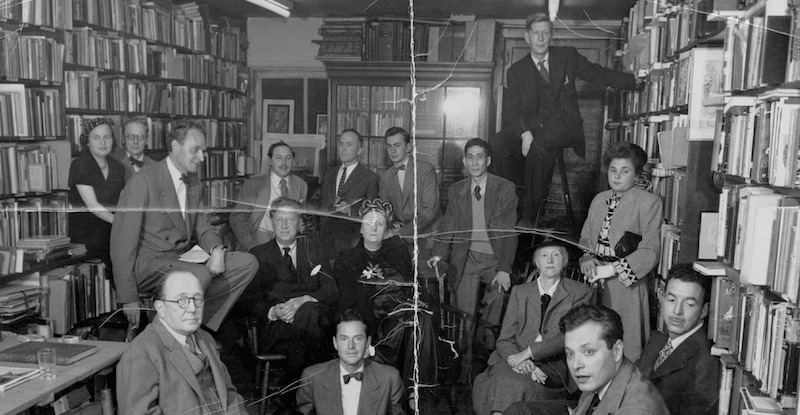 We’re All Peripheral: On the Uncertainty of Literary Community

Anne Korkeakivi on Writing as a Roving Expatriate

The sun is rising over the Alps, and the swifts and turtledoves have begun twittering in the apple trees of our backyard. At around 8:30 am, I sit down at my desk and open my computer. First order of business: look at what work emails may have come in while I was sleeping.

For the past seven years (and two novels), I’ve lived in Geneva, where my husband is posted as a human rights lawyer with the United Nations. My agent, my editor, my editor’s tireless assistant and my website designer all remain in New York, and my publicist is currently in Los Angeles. And that’s just my professional team, or a part of it. My personal team is still further flung. My longstanding first readers are both in New York, my faithful consultant on all things British is in—surprise—Britain, and my second reader is just down the road from me here in Geneva. While researching my latest book, Shining Sea, I also reached out to sources in Paris, Phoenix, San Francisco, Los Angeles, Oklahoma, Massachusetts, Edinburgh, the Hebrides, and Northern Ireland. I exchanged emails with a poet in Alaska, a legendary singer-songwriter in Berkeley, and an antique dealer in Wales; they provided me with three of the citations that appear in Shining Sea.

Other far-off people also inform my work. When I am traveling—and I travel frequently—if there’s someone in my destination’s local literary community who interests me and I have the time, I’ll drop a line. I’m not shy in this way. Later, back at my solitary desk in the mountains, words spoken about books and writing will return to me for days and even years.

I’m like a literary magpie, seizing shiny thoughts from all over and storing them in my intellectual treasure chest.

Time-differences are a part of my everyday consciousness; in the same way as alternate-side parking rules are for New Yorkers who own cars. One hour ahead in Finland. One hour behind in Great Britain, six hours behind in New York, eight hours behind in Texas and Colorado, nine hours behind in Los Angeles. But what is the time in Vietnam and Australia?

These temporal computations matter to me not only because of the geographically distant team with whom I collaborate. Like most writers today, I’m on social media. And, some of the most interesting people I engage with on Twitter or Facebook are in places like Hanoi and Austin.

I don’t go to social media usually when I wake, not unless I’m really trying to procrastinate. Social media can become a more addictive time-suck than alcohol. But social media is a part of my day in the same way as reading the paper is or—if I lived in another place, in another time—going to the pub might be. I get the news. I find out what people are thinking about, what they are reading, what’s going on in the world. Who has a book coming out, and what’s the essay du jour. I find out about other writers’ lives, and sometimes I chat with them. Like a local pub, social media is its own micro-community.

Like it or not, our world has moved beyond the confines of corporeal relationships. Of course online friendships also aren’t the same as flesh-and-blood ones; of course, the bond they affect can be as ephemeral as words tapped into the ether. But sometimes the ties become real, and the concept isn’t really that new-fangled or dystopian. Back in the nineteenth century, Harriet Beecher Stowe was corresponding with George Eliot across the Atlantic. That they never met didn’t keep them from staying epistolary pals until Eliot’s death.

An affinity sprung from words and conducted through words—are literary friendships conducted over social media that different? Presumably, Eliot and Stowe interested each other as writers and thinkers and learned from each other through their letters. Maybe they even bitched about male writers together.

Vladimir Nabokov and Edmund Wilson first met by mail also, but their 30 subsequent years of literary fellowship was conducted both through letters and in person. I’ve met any number of book-minded people IRL after first connecting with them on social media—being more likely to encounter other book people virtually comes with the territory of being an expat writer.

Even when sustained, flesh-and-blood friendships haven’t grown out of these encounters, I am left with a new way to read the 140 characters or less said person posts on Twitter. As Derrida said: Il n’y a pas de hors-texte. (There is “no out-of-context.”) I see his or her tweet and remember the glint of sun on dark hair, how he or she spoke to a waiter. Those characters take body, in a sense.

Writers do need to have conversations with other writers that aren’t shared online with thousands of others, however. Other writers with whom to exchange frank thoughts on the current ballyhooed novel, turn for solace, talk things out if they hit a wall when writing.

Being an expat writer means not always having such people in easy proximity. I have it relatively easy as an English-speaker. During the two years I spent as a journalist in Helsinki in the 1990s, the other journalists I knew might not have worked in English but most read and spoke it. During the ten years I later lived in the small city of Strasbourg in eastern France, I could travel to Paris—where I worked freelance for the publisher Flammarion and signed up for a couple of one-week creative writing workshops, as I made the move from journalism to fiction. I had babies; these were not monthly visits. Still, it made a difference.

These sporadic moments of contact were lifelines for me.

How extraordinary, I sometimes think, it would be to be able to go out to a reading any time you feel like it, to have a limitless supply of other writers living in the same town or city or even country. This autumn, my husband will be a Visiting Fellow in Human Rights at Harvard Law School, which means we’ll be based in Cambridge from September to December. I’m already fantasizing about the bookstores I’ll get to visit, in the same way as some people might fantasize about moving to Switzerland and having their pick of chocolate.

Still I realize that, like most fantasies, reality is likely to be more complicated. For starters, literary communities—like most communities—have echelons. They have cliques; they have ghettos. You are the wrong age, work in the wrong genre, don’t know the right people, don’t teach at the same program. There are countless reasons why a person may end up feeling excluded. Anyone who thinks this isn’t true is someone squarely at the center of his or her chosen circle.

Last March I dined under the shadow of the Eiffel Tower with author Megan Mayhew Bergman, who was spending the month as a fellow of the American Library of Paris. I burst into tears the first time I stepped through this library’s doors, overwhelmed by the idea of having access to so much English-language oeuvre. (I was living in Strasbourg at the time.) As wont will have it, we got to talking about community.

In addition to being a critically acclaimed author, Megan is deputy director of the popular low-residency MFA program at Bennington College. She also lives on a farm in rural Vermont.

“We all feel peripheral,” Megan told me.

It made me think of an online exchange I once followed between some of the more-well known literati in the US discussing how disenfranchised they each felt. At the time I’d laughed—they thought they were marginal?

Megan is right. Our lives are what we make of them. Maybe so are our concepts of literary community.

There’s a longstanding tradition of humans—mythic or real, in literature or life—seeking truths and clarity about themselves and/or the world around them through wandering: Odysseus on the seas, Jesus in the desert, Cheryl Strayed in the mountains. I’m not comparing myself to any of them—but it’s true that my life as an expat has informed my writing enormously.

My first novel, An Unexpected Guest, was set in Paris amongst expats and diplomats, as well as Ireland, Boston, and even briefly Cairo. My forthcoming novel, Shining Sea, travels from Southern California to Scotland’s Hebridean islands and back. This all feels natural to me. My fiction wanders as widely as I have.

Everything has its own advantages. Living in and writing about one focused population may lead to as profound depictions of a slice of society as Faulkner and Mississippi in Light in August. Crisscrossing the globe may lead to as profound depictions of the individual within society as Graham Greene and The Quiet American. Living in a different culture opens the eyes to collective humankind in a new way.

My personal sense of literary community follows suit with my expat life. The people within it are from widely varied educational and professional backgrounds. The books they read and discuss vary vastly also. So does their writing.

In fact, a central component of my literary community isn’t even composed of writers.

In Geneva, I have two great friends, author Susan Jane Gilman and freelance writer Elizabeth Coleman, whom I see regularly to exchange books and thoughts on all matters related to writing. Susie completed the MFA program at U of Michigan, and worked as a reporter in New York and speechwriter in Washington, DC, in addition to writing her first books, before landing in Geneva.

While writing this essay, I asked Susie about what I perceived of as the vast pools of potential community in her past versus her current, expat life. “There’s this myth,” she answered, “that writers congregate endlessly in bars and coffee houses, exchanging bon mots and reading our work aloud to each other—that we’ve got this romantic, literary camaraderie going on. But in the end of the day, writing has to be done alone, in isolation, often for years.”

And that’s the truth.

When it comes down to it, my characters are the frontline of my literary community. They’re the ones who keep this expat author company when working on a new book and guide me if ever I might feel lost for direction. I expect that this will remain the case during the four months I’m in Cambridge. Or wherever I live.

Because, once I’ve gotten through my work emails from the night before, I put all the rest away. It’s just me, the mountain peaks in the distance, and the manuscript. 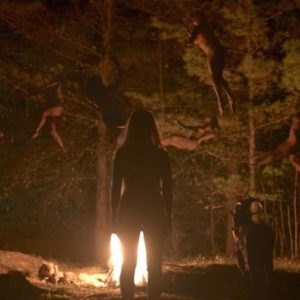 “I remember telling people that I was writing a book, and they either looked at me like I was crazy or told me they thought...
© LitHub
Back to top