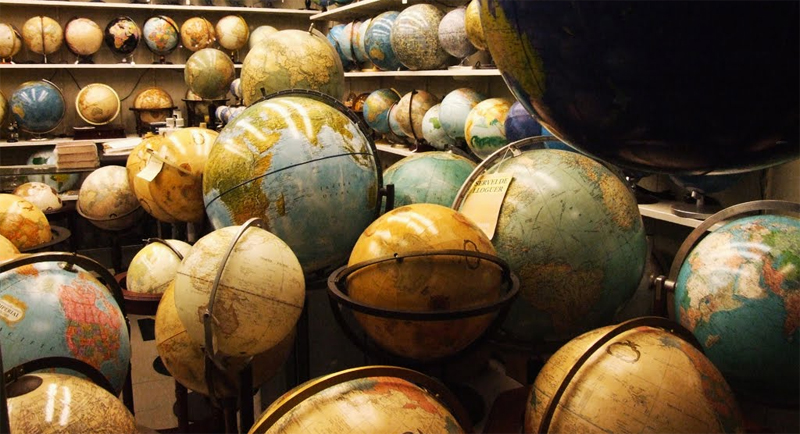 "I am a drifter, a sea-swift / some poet once used to make a crest in Time."

in the cabinet. He also ended days
by shaking the iron bell from Principal

William’s window, a work we grudged
him for very little; what cut our cores

twice a week and we had to endure,
was him being summoned to fetch

the key, again from William’s office,
to open the varnished box with the world

map, old and laminated, a forbidden
missionary gift trophied beside the Oxford

Set of Mathematical Instruments and other
things seen only by Pierre and teacher Rose,

who now only nodded to raise him
to his duty. We waited in quiet

his return, Miss Rose all crinkled blouse
and bones with chalk dust in her hair,

did not stir until he was back, panting
at the door. Another diviner’s nod

and he opened it, unrolled the map expertly,
kneaded out creases and held down edges

for the ruler our eyes followed,
screeching out countries, and etched

in the periphery, a khaki-pillared Pierre,
with a merchant’s smile, a fixed blur

in our cry of Algeria, Switzerland, Chile,
soon withered away, and we eyed the field

of dry grass outside, a rusty mule,
statue-frozen in the punishable heat,

of those still in the rote, a liturgy of dunce
bats, whose one cardinal point, Tropicana

Sugar Estate, so close we could smell the sugar
being processed, whistled its shift change,

and terminated Geography. As if punched
from dream, those of us gazers spared the map-

bearing him away in a portal of sunlight.
He was absent the week before summer,

and when Miss Rose, in rare fashion,
inquired, a girl said he had gone back home.

“Home,” Miss Rose sounded the strange word.
“Home,” the girl echoed and added, “him from Cayman,

Miss, or Canada, somewhere with a C.”
We turned to Miss Rose to clarify Canada

or Cayman, this elsewhere C curdled
to snow in our minds; foreign always spectral,

but she pointed anonymously a crooked
finger and said, “Run to the Principal

for the key,” the whole class scattered, paid
no heed that not a single one was ordained.

Still clear from its very first shout, ‘Thalatta! Thalatta!’
is the clamour every wave brings, 10, 000 voices
arched into one, shaking the mountain clouds down

to mist, power they sing, spitting salt into flames, to outlast
the memory of those who toiled with the mongoose
and snake, never to sit like a colossal Memnon as his songs

turn into brass croaks, language reentering the guttural
cave before the first spark of flint. I can tell you this, boy,
history is that rusty anchor holding no ship in the bay;

it’s mineral, natural as colonies of polyps in the reef.
I am no paragon of science; I am a drifter, a sea-swift
some poet once used to make a crest in Time. Thunder

rifts the grain of his epochs, spinning Cortés from quartz,
repeating Pizarros along with all the names that depopulated
the trees of parrots and stuck a yellow disease in the sand.

There the steel fronds of unsheathed Christianity speared
the souls of the arrowroot and wild maize and erected bells
rid the clanging shells of their healing.

The chattering beads
went silent, the porous rocks choked in the ceremonial basin,
the earth absorbed the goat’s blood (same blood that gave the soil

around these parts its colour.) You cannot trust the sea.
But it’s good to arrive in such a peaceful harbour. How lucky
you are to sit ignorant of which Caesar roams this century.

All our heroes are asleep in that aqua-grave, they will not drift
like Xenophon’s army to shore, and change their cry
to Triana’s ‘Tierra! Tierra!’ Light; land: substance.

Both cries have congealed
into one coral wreath in my ears. I hear them everywhere I go. 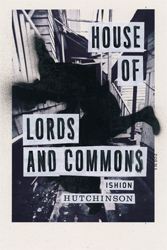 From House of Lords and Commons. Used with Permission of Farrar, Straus and Giroux. Copyright © 2016 by Ishion Hutchinson.

Ishion Hutchinson was born in Port Antonio, Jamaica. He is the author of House of Lords and Commons (FSG, 2016) and a professor at Cornell University. 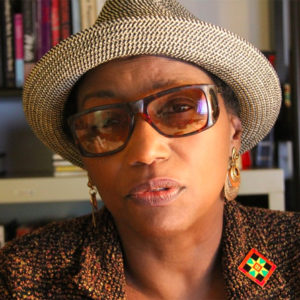 Michele Wallace read from the following essay at her retirement celebration at the City College of New York this fall. I...
© LitHub
Back to top
Loading Comments...