Jafari S. Allen Explores a Temporality Outside of—and Ahead of—Time

On the night that he recalls the lowering of the disco ball at Club Palladium, what would be Kevin’s eyebrows, had they not been shaven already to give full effect to his beautifully painted eyes, rise. He nods after softly squinting: “It was cute…” Eyes to the side. Shoulders hunched.

Filmmaker Wills Glasspiegel is interviewing legendary performaning/recording artist Kevin Aviance for his film on “Icy Lake,” the vexed cult-classic techno song D.J. Junior Vasquez played on closing night at the Palladium. Kevin turns his head and lifts his shoulders, preparing a rise in inflection to be delivered with the next line: “It was cute.” This rising inflection is key to the meaning.

“Yes. The ‘Icy Lake’ was icy dry. It was a very dry song,” he tells Wills in a quiet corner of the club—a bit breathless and verklempt after his moving toasts and reunion with old friends. To say it was cute is at once to (begrudgingly) countenance a bit of value—tolerating another (flawed) perspective while pointedly holding a privileged space for something else that one values more. Kevin gives that side head movement that says “Perhaps.” He goes on: “But it wasn’t… ‘A Little Bit of Bass.’ It wasn’t Loleatta Holloway. It wasn’t Diana Ross. It wasn’t, you know, real real dance music.”

There it is. Holding the line on what is authentic in his estimation (and authentically Black cultural production). Songs like “Icy Lake” had sounded a loud atonal death knell for the house-music club (which continued the disco project) as Black and Latinx folks and others in urban centers of the global North had experienced it. No soul and no gospel riffs; not even the fresh high-energy danceable European electronica of a Kraftwerk or George Kranz, for example, which Larry Levan and, later, Frankie Knuckles mixed into the house-music canon.

“But at that time and at that place…” Kevin continues. There, again, is Black gay recognition of relativity, contingency, and context, but also clearly not a concession. Although there is certainly what looks to some like resignation here—perhaps a recognition of the prevailing market—he also understands this as merely a temporal-spatial blip. It has not been always, is not everywhere, and will not be forever.

The twirling, cruising, and artistic production that emerged from the clubs of downtown New York, Chicago, and London in the 1980s and 1990s had been made possible by the (temporary) desertion of these urban centers, following the 1960s urban uprisings in the United States, which came to London in the late 1970s and 1980s, then to various places around the world. Gay folks created oases of nighttime revelry in daytime commerce deserts, facing criminalization and violence while also creating art, fashion, culture, and, of course, income, in both formal and informal markets.

But developers realized that today’s “blight” can equal tomorrow’s low or no tax. In short order, they began transforming the inner city into havens for a global elite. By the late 1990s, it was clear that capital required the space of the city to be returned to its service by both day and night. Like many other clubs, bars, and small businesses felled by the changing New York real estate market (including, in this case, New York University, which built a dormitory on the site), the Palladium closed its doors.

Black gay time, or “temporality,” belongs to the present moment and must exceed it. Within Black gay time-space, one can cut into the past and project, or imagine, a future in which we are still dancing with friends and lovers gone too soon to the ethers of the dance floor and the flickers of the disco ball light. This temporality is one of time collapsed or at least reconfigured from “straight time,” in which, for example, what is most important happens in the day, or in which one “grows out of” same-sex “play” or finally “settles down” into heteronormative or homonormative sociality.

This excessive temporality spreads out broadly behind us and in front of us in the pursuit of an elaborated litany for thriving. In this space, we claim family and children not merely from biological or legal means but by a process of nourishment and nurture. Audre Lorde gave us this vision of work, love, and struggle many years ago, and I have repeated and remixed her words many times since:

For those of us who cannot indulge the passing dreams of choice.
. .  seeking a now that can breed futures
like bread in our children’s mouths
so their dreams will not reflect
the death of ours. . ..

Black gay is out of time. So much so, dear reader, that you may wonder why many of us still insist on identifying and self-identifying at all. It seems anachronistic to some, and it is certainly, dépassé in the academic-industrial complex, where folks are tripping over each other in a rush to denounce what they understand as “identity politics.” The excessiveness of identities and social groupings that include and spill promiscuously over heterosexually reproduced families and crisscross polities requires new ways of seeing.

Black gay be extra. Often doing too much (for you to see with limited range). Black gay is outside bourgeois time, outside of nation time, ahead of time in culture—language, art, and fashion, for example—but also, in many ways, just out of time. Long ago, James Baldwin reminded us of how one passes time and passes on, with “coffins piling up around you.” Black gays be dying early, still.

Within Black gay time-space, one can cut into the past and project, or imagine, a future in which we are still dancing with friends and lovers gone too soon to the ethers of the dance floor and the flickers of the disco ball light.

Jack Halberstam defines queer time as occurring “once one leaves the temporal frames of bourgeois reproduction and family, longevity, risk/safety, and inheritance.” This is good to think with: the (white) queer temporal imperative celebrates the release of normative expectations and responsibilities. That is in fact what is most “queer” about it. It is the “turn away” from normativity and the negation of futurity. But we do not get to simply turn—we twirl, arriving inevitably out of sync with expected bourgeois temporalities (if we are not permanently “detained,” never to arrive at all—anywhere).

This is not to suggest that Black folks cannot be bourgeois or, on another register, bourgie. My point is the reckoning of time, value, and access within those systems. Lives are differentially valued—that is, they are made to matter, by their ordered relation to racialized capital. This provides the privacy necessary for the smoke and mirrors gag of privilege and putative security to seem like moral triumph rather than inherited ascription and luck.

Black gay habits of mind are inexorably bound to a different space-time orientation: living as fully and as long as possible in the present, powerfully conditioned by history, but also attuned to radical possibility. We straddle the now and the ether. Imagine the ether as the space of transition, into which the dead pass and in which those who are not yet born await. Dynamic and simultaneously here and there—sometimes disoriented and disorienting. Always moving.

I cannot help remixing this nostalgic time travel once again: “Is It All over My Face?” We stumble, gracefully, out of the blue-black club light. The eternal night of the club, with the flicker of the disco ball keeping suspended time. Walls painted with black acoustic tile and heavy velvet blackout curtains have cocooned our nascent comings, goings, and carryings on. “We are exhausted / from dreaming wet dreams / afraid of the passion / that briefly consoles us,” Essex (Hemphill) said. This is, of course, partly about my own nostalgic longing. What and who has passed before my own eyes.

But unlike discrete, individual melancholia, my longing is connected to that of many Black gays and other queers of color anthologized in books, archives, and treasured memories of friends, families, and lovers. In the harsh glare of leaving that space and forgetting, we get distorted glimpses of our present. And I wonder about this current moment—half-past, or thirty ’til. This time fifteen, twenty-three, thirty-five years too late? And I wonder. I want to look for what we have forgotten, inside. 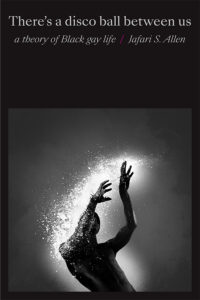 Excerpted from There’s a Disco Ball Between Us: A Theory of Black Gay Life. Copyright © 2022 Jafari S. Allen. Used with permission of the publisher, Duke University Press. All rights reserved.

Jafari S. Allen is Associate Professor of Anthropology and Director of the Center for Global Black Studies at the University of Miami and author of ¡Venceremos? The Erotics of Black Self-making in Cuba and There’s a Disco Ball Between Us, both published by Duke University Press.

Oscars Best Picture Spotlight: What to Read (and Watch) If You Liked Don't Look Up 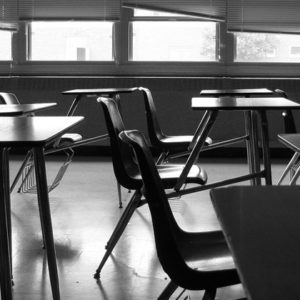 The classroom smelled of bleach, baby wipes, and pencil shavings. And apple juice. And pretzels. The shelves weren’t lined...
© LitHub
Back to top
Loading Comments...