We Run the Tides 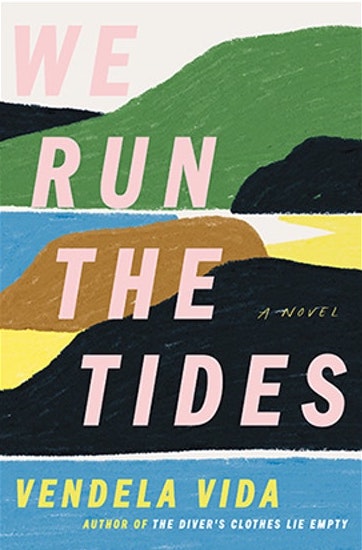 The following is excerpted from Vendela Vida's latest novel, We Run the Tides, about female friendship, betrayal, and a mysterious disappearance set in the changing landscape of San Francisco. Vida is the award-winning author of six books, including The Diver's Clothes Lie Empty. She is a founding editor of The Believer magazine and lives in the Bay Area with her family.

We are thirteen, almost fourteen, and these streets of Sea Cliff are ours. We walk these streets to our school perched high over the Paciﬁc and we run these streets to the beaches, which are cold, windswept, full of ﬁshermen and freaks. We know these wide streets and how they slope, how they curve toward the shore, and we know their houses. We know the towering brick house where the magician Carter the Great lived; he had a theater inside and his dining-room table rose up through a trapdoor. We know that Paul Kantner from Jefferson Starship lived or maybe still does live in the house with the long swing that hangs above the ocean. We know that the swing was for China, the daughter he had with Grace Slick. China was born the same year we were, and whenever we pass the house we look for China on the swing. We know the imposing salmon-colored house that had a party at which masked robbers appeared; when a female guest wouldn’t relinquish her ring, they cut off her ﬁnger. We know where our school tennis instructor lives (dark blue tudor decorated with cobwebs every Halloween), where the school’s dean of admissions lives (white house with black gate)— both are women, both are wives. We know where the doctors and lawyers live, and where the multi-generation San Franciscans live, the kind of people whose family names are associated with mansions and hotels in other parts of the city. And most important, because we are thirteen and attend an all-girls’ school, we know where the boys live.

We know where the tall boy with webbed feet lives. Sometimes we watch Bill Murray movies with him and his friends at his house on Sea View Terrace and marvel at the way the boys can recite all the lines the way we know every word of The Outsiders. We know where the boy lives who breaks my necklace one day by the beach—it’s a silver chain my mother gave me and he pulls it violently and I run from him. We know where the boy lives who comes to my house the day I get a canopy bed and, mistaking it for a bunk bed, climbs up and breaks it. It’s never properly ﬁxed and from then on the four posts tilt west. We suspect this boy and his friends are responsible for writing in the wet cement outside our school, the Spragg School for Girls. “Spragg is for girls who like to bragg,” the cement says. It’s hard to tell if the words were traced with a ﬁnger or a stick, but the imprint is deep. Ha! we say. They don’t even know how to spell “brag.”

We know where the cute boy whose father is in the Army lives. He just moved to San Francisco and he wears short-sleeve plaid shirts that were the style in the Great Lakes town he came from. We know his father must have a position that’s fairly high up because otherwise why wouldn’t he live in the Presidio where most people in the Army live? We spend little time thinking about Army hierarchy because their haircuts are so sad. We know where the boy with one arm lives, though we don’t know how he lost it. He often plays tennis at the park on 25th Avenue or badminton in the alleyway behind his house, which is the alleyway that leads to my house. Many of the blocks in Sea Cliff have alleyways so the cars can park in the garages in the back, so the cars don’t interfere with the view of the ocean, of the Golden Gate Bridge. Everything in Sea Cliff is about the view of the bridge. It was one of the ﬁrst neighborhoods in San Francisco to have underground power lines because above-ground power lines would obstruct the view. Everything ugly is hidden.

We know the high school boy who lives next door to me. He comes from a family that was prominent in the Gold Rush—I learned that from my California history textbooks. Photos of his parents frequently appear in the society pages of the Nob Hill Gazette that’s delivered to our doorstep every month, free of charge. The boy is blond and often has a group of his high school friends over to watch football in his living room. From my garden I can see when they’re watching a game. There’s a three-foot gap between the edge of our property and his house and sometimes I leap through his open window and land on the ﬂoor of his living room. I am that daring. I am a daring enigma. I fantasize that one of them will invite me to the prom. And then one afternoon one of the boys grabs the waistband of my Guess? jeans. I try to get away, and I run in place for a moment like a cartoon character. The boys all laugh; I’m upset for days. I know that this gesture and their laughter mean they think of me as a little girl and not as a prospective prom date. After that their window is kept closed.

Then there are the Prospero boys, the sons of a doctor, who lived in my house before my family bought it. They are legendary. They are a cautionary tale. When my parents toured the house, the ﬂoor of what would become my bedroom was littered with beer bottles and needles. The windows were broken. When I talk to older boys and tell them I live in the Prospero boys’ old house I get attention, and, I imagine, momentary respect. No one can believe what lunatics those boys were. Moms will shake their heads and say how sad it was, those boys, their father being a doctor and all.

From We Run the Tides by Vendela Vida. Copyright 2021 Vendela Vida. Excerpted by permission of Ecco, an imprint of HarperCollins Publishers. 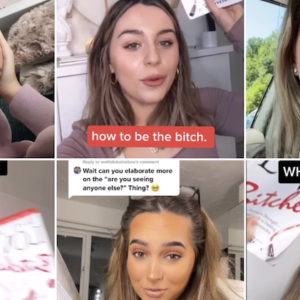