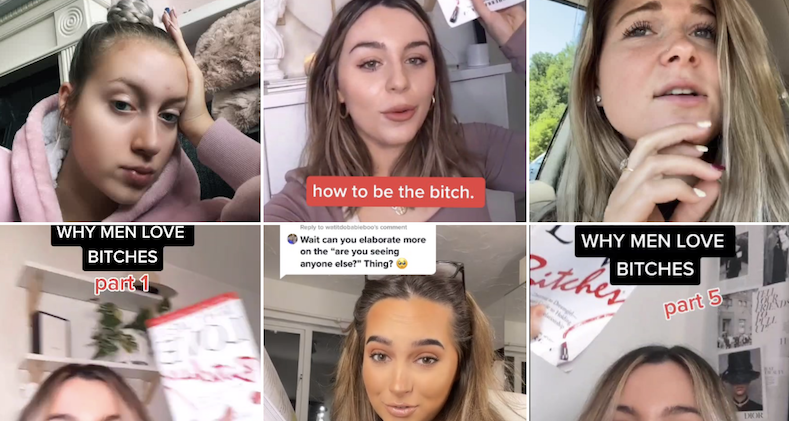 The latest TikTok trend is surprisingly old-school: it’s a book. Last week, Sherry Argov’s 2002 relationship guide Why Men Love Bitches: From Doormat to Dreamgirl—A Woman’s Guide to Holding Her Own in a Relationship made the Sunday Times bestseller list for the first time since its release nearly a decade ago, thanks to TikTok users praising the book, sharing recaps with their followers, and linking the books’ teachings to the insights offered by the popular sex advice podcast Call Her Daddy. The book’s corresponding hashtag #whymenlovebitches has been used 9.5 million times on the app.

Though this news is exciting, it’s not surprising. TikTok is synonymous with trends (dark academia? The Renegade? Blush applied to the nose?), and the platform has both launched artistic careers and given older art a new audience. TikTok personality Charli D’Amelio’s Internet fame resulted in a book deal, and Boston-based band Dazey and the Scouts—whose members have since moved onto other musical projects since releasing their album Maggot—received a new wave of attention on TikTok this year, resulting in a new record pressing of Maggot which immediately sold out. And remember when Tiktok rediscovered Fleetwood Mac? But Nielsen analyst Philip Stone told the Sunday Times that this is the first time he’s seen an older book given “substantial drive” through TikTok. Said Stone, “I’m sure publishers will take note: TikTok is a good place for publicity.” Writers, take note as well. I want to see #franzenshuffle trending.