We Need to Keep Writing (and Talking) About These Endless Wars

J. Kael Weston on the Importance of Iraqi and Afghan Stories

Given the subject of my book—war and its human costs—there has been a significant veteran presence at every event I’ve done, from Nantucket to San Francisco to Washington D.C. Over the course of that book tour I began to realize that authors have public service obligations beyond the content of their latest book. I have come to believe writers who explore the conflicts in Iraq and Afghanistan during a time of seeming endless war and polarized presidential politics need to speak out. Raised voices to match high stakes.

In an era of political discourse often segregated into online echochambers, so-called “war books” make up just one platform, but they retain an important place across genres: poetry, memoir, nonfiction, novels, and short story or essay collections. Taken together, such books just might help prevent more wrong wars, like the one the U.S started in Iraq—and not as a last resort. President John F. Kennedy cited Barbara Tuchman’s classic, The Guns of August, in his rationale to avoid fast-forwarding the U.S. into war with the U.S.S.R. during the Cuban missile crisis. And President Obama has spoken about Phil Klay’s award-winning Redeployment.

Considering the U.S. remains engaged in its two longest wars, one of the questions asked most frequently on my book tour was: Who should be America’s next commander in chief? Wherever I went, readers wanted to know not just what had gone on in the wars at the ground level, but also how warzone lessons might inform their decision this November at the ballot box.

At first I hesitated to get into the Clinton (or Sanders) vs. Trump (or Anyone But Trump) debate. In San Francisco in early June at a Marines Memorial Association event, however, I got a question that prompted me to respond without hazy caveats. My tour visit happened to be on the same day as the California presidential primary, with someone in the audience inquiring: “How do you identify a potential commander in chief who knows the difference between the wrong war and the right war? What are some of the things, the criteria points, you might look for?” (In my book, I title the section on Iraq as “The Wrong War” and the one on Afghanistan as “The Right War.”)

I mentioned the importance of choosing wise leaders. Past military experience in a future nominee might be useful. We should judge as well a candidate’s ability to build relationships with other world leaders (diplomacy likened to gardening, as Marine and former Secretary of State George Schultz once described it). Later on, I elaborated how Donald Trump’s loose talk of taking Middle East oil—“You heard me, I would take the oil” he has said—was not a mission any general I knew would want. Nor in my view backed up by defensible logic.

I had spent seven consecutive years in Iraq and Afghanistan working for the State Department in Baghdad, Anbar, Sadr City, Khost and Helmand. From 2004 to 2007, I served as the U.S. government representative in Fallujah, Iraq’s “city of mosques.”

In late 2008, I returned for a visit. Upon entering a dilapidated and dust-filled city council room, where Marines and I had regularly engaged Sunni religious, tribal, and political leaders, I met a local technocrat. His day job was being an engineer working along streets without functioning sewer lines under broken minarets. The lower part of one of his legs had been blown off earlier that year after terrorists placed a magnetic “sticky IED” underneath his car. He survived the attack, barely. This Iraqi had one question for me, and it stung:

“Do you Americans remember us?”

“I do,” I said. I had befriended many Iraqis, but I could not answer him honestly that my country remembered. Or might ever. It is hard to remember a people when you never really knew them, even after invading and occupying their country for eight years.

He also had one request. He sought our help to get him a prosthetic leg. Before leaving Fallujah, I promised to look into what the U.S. government might be able to do.

That interaction had led to questions in my mind about what seemed to be missing in the most recent war literature. We Americans were telling our stories, often well and movingly, but we were not telling much of what Iraqis and Afghans had experienced. There were some exceptions: Anthony Shadid’s early and empathetic Night Draws Near and Qais Akbar Omar’s memoir, A Fort of Nine Towers—Afghan stories told by an Afghan—offered lasting insights. Anand Gopal’s important contribution, No Good Men Among the Living, did as well.

But it was the novel Billy Lynn’s Long Halftime Walk that warranted its own special category. Ben Fountain’s political masterwork did not avoid the hardest questions all framed by that most American of settings, an NFL football stadium. I had found an author unafraid to tackle a wartime America at home and challenge readers to reacquaint themselves with the collective American conscience.

Many years in Iraq and Afghanistan provided me with an in-depth perspective into both wars, enabling me to help bridge the gap of how Iraqis and Afghans have lived and tried to survive them. After five years of thinking and writing and rewriting and much editing, I had a nonfiction book; a wartime accounting that prioritized their voices as much as my own. I had tried to resurrect their dead, through words.

The “mirror test” in my book’s title is a reference to a medical term. When service members receive a grievous wound to the face, doctors describe a moment during their recovery when they must look upon their reconstructed appearance for the first time. Across chapters, I apply that “test” to America’s wars in Iraq and Afghanistan, focusing on the “little people” most affected, most scarred, in two big wars. Some key themes include: how we collaborated with local leaders and at very high cost to them; Delta Force and SEAL Team missions gone wrong; civil-military cooperation during a time of troop escalations; and how veterans and their families adjust after redeploying.

Some friends who are writers consider the politics of the Iraq and Afghanistan wars a minefield to be avoided. They ask, “Why risk alienating readers?” I tell them, “Writers can be political without being polemical.” From citizen-readers with open minds, I have learned the crucial role war literature can have in community conversations—and in elections. Both as a guide for dialogue but also as a prompt for an overdue reckoning.

Not long after I finished my book tour in late June and with the Marine-sponsored San Francisco event still on my mind, the Guardian newspaper ran a story describing a recent UN report. The world body’s humanitarian arm estimated that 10 percent of Iraqi children, more than 1.5 million, have been forced to flee their homes since 2014.

If any subject deserves loud but measured voices in the public arena it is America’s two longest wars. Writers should help lead nationwide discussions this 2016 presidential election year. Elie Wiesel put it well, when he said: “We must speak, we must take sides.”

Which brings me back to Fallujah. My Iraqi friend, who had collaborated so closely with us Americans for so long, never received U.S. government help, or mine, to get a prosthetic leg. Until he and others like him are able to tell their own stories in their own words, writers should speak out for them. And not hesitate to weigh in on the politics of American warfare as both political parties gather for their nominating conventions this summer.

After all, the next American commander in chief will affect the futures of millions of Iraqis and Afghans. The United States started two wars in 2001 and 2003 in their countries, in their villages, in their neighborhoods, but has been unable to end either one, resulting in more red streets under iron skies.

Over 200 Iraqis, many of them children, were killed in bombings in Baghdad over our fourth of July holiday weekend.

Let us remember them.

J.Kael Weston represented the United States for more than a decade as a State Department official. Washington acknowledged his multi-year work in Fallujah with Marines by awarding him one of its highest honors, the Secretary of State’s Medal for Heroism. His book, The Mirror Test: America at War in Iraq and Afghanistan is out now.
http://www.jkweston.com

Why Spiritualism Persists in our Fictions and Culture

The Drone Eats With Me 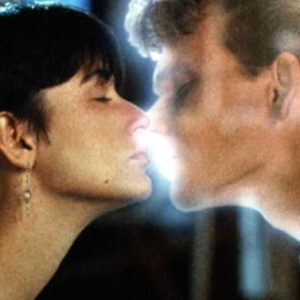 Why Spiritualism Persists in our Fictions and Culture

An article every bit as strange as fiction ran in April’s New York Times. Titled “A Dead Child, A Ghostly Photo and A Mother...
© LitHub
Back to top
Loading Comments...