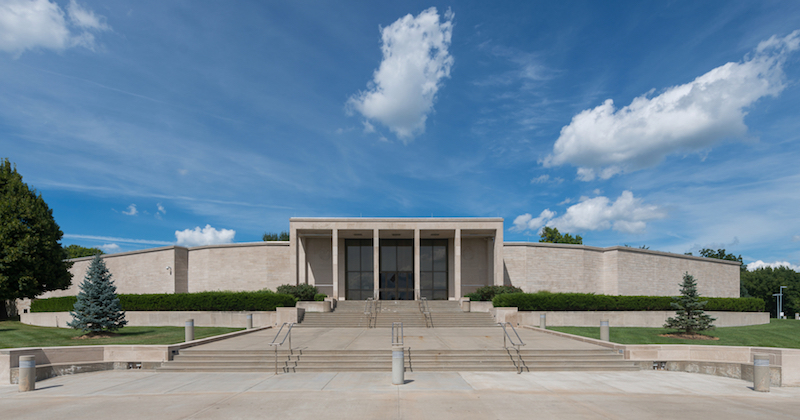 “We basically flipped it.” Take a look at the newly redesigned Truman Presidential Library.

After nearly twenty years without renovation, the Harry S. Truman Presidential Library & Museum will reopen—completely redesigned—to the public on July 2nd. The $29 million overhaul of the museum is notably modern, featuring videos, touchscreen displays, and interactive exhibits. The museum is radically different from its appearance pre-pandemic: said Cassie Pikarsky, director of strategic initiatives at the Truman Library Institute, “We completely gutted the exhibition space and basically flipped it.”

The museum’s content, not just its form, has been updated for a contemporary public interested in thinking critically. The museum recognizes the human costs of Truman’s controversial decisions; for instance, it provides quotes both criticizing and supporting Truman’s decision to bomb Japan, and has a new, permanent installation honoring Sadako Sasaki, who died from leukemia caused by radiation from the atomic bomb dropped on Nagasaki. The installation on Truman’s decision to enter the Korean War now focuses on veterans’ perspectives.

Questions on the walls and digital feedback stations let visitors can engage on a number of discussion topics, both about Truman’s policy decisions and about today’s politics. “We’re asking people to not just take what we’re presenting at face value but take that next step and evaluate it,” said Pikarsky to Kansas City News. “That’s what museums do: present what really happened and allow the public to draw their own conclusions.”

You can watch video of the newly redesigned library below: