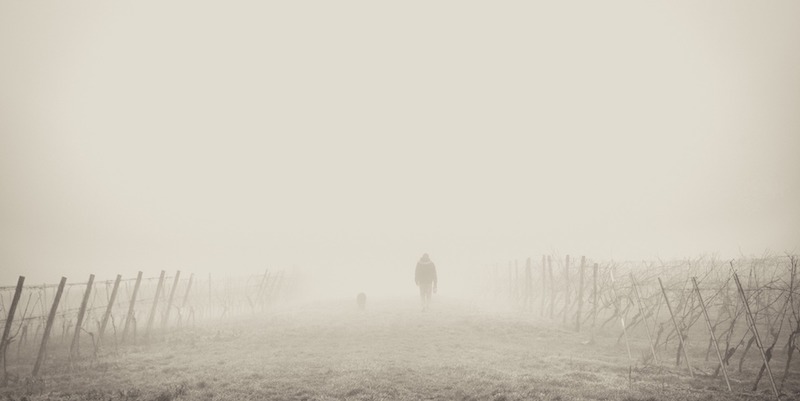 ‘We Are Not Saved. We Are Reprieved.’ On the Defeat of Donald Trump

“I leave Sisyphus at the foot of the mountain! One always finds one’s burden again.

But Sisyphus teaches the higher fidelity that negates the gods and raises rocks. He too concludes that all is well. This universe henceforth without a master seems to him neither sterile nor futile. The struggle itself toward the heights is enough to fill a man’s heart. One must imagine Sisyphus happy.”

The nightmare arrived in broad daylight. We were not even asleep. Now, awake, we stare at the mirthless rictus that hangs over us—unfinished, undead.

Hubris condemned us. Bullets tore us apart, and pinged into walls and trees. Still others, not yet dodged, are on their way. The horsemen remain mounted. The hooves still pound into the crust of the earth. From the sound alone, their direction is unclear.

We traced and retraced his resistible rise. Of evidence we have much. Of theories we have some. Of pain we have an abundance. About his crimes, lies, frauds, vices, insults, abuses, and syndromes, we raged, grieved, ranted, wept, refused to normalize, normalized despite ourselves, scrolled, surfed, crawled under the covers, found others under the covers, crawled out from beneath them, Zoomed, resolved, marched, donated, texted, phone-banked, and, when safe, door-knocked. We analyzed, explored, unearthed the roots, disputed the roots, uprooted our thoughts, averted our eyes, opened our eyes and stared.

Stunned into disbelief, we did not recognize the landscape at first. As the hollow man full of spite took up residence in the ruins of our disbelief, we chewed our disgust to spittle. We talked our revulsion to death.* Revolted, we revolted. We were stunned out of disbelief as crimes against truth and humanity mounted. The count grew tedious. Some sought exemptions. Some found them and lost them again. Everywhere synapses crackled with paranoia. With irregular minds, we tried to convince ourselves that we were unfinished. We sometimes succeeded. We burrowed into mountains of evidence. The mountains erupted. Lava set fire to the land. Eventually all was still. The crust hardened. The smoke cleared. A charred landscape emerged. We wiped our eyes but the char remained. The past is not over and the future is hostage. We shall not return to untroubled sleep.

We who may well be spared the worst of the future—stabs of hunger, clogged lungs, firestorms, tsunamis, armies of horsemen—we are not saved.

Still, it would be wrong to deny victory as it is both right and necessary to claim it. Qualified victory is victory, not defeat. Reprieve is not defeat. Relief is not defeat. Cacophony is not defeat. Dance your ass off! Sound the instruments of relief—woodwinds, strings, off-rhythm brass, and yawp! yawp! Lamentations upon epiphanies. Segues compose history. When the last celebration is put to bed, scrub the streets and prepare for the next. Possibly justice can be imagined. Justice may never be done.

An arc is a beautiful geometric form. No wonder the image endures even as history wobbles.

In 1852, when the Unitarian minister and abolitionist Theodore Parker delivered a sermon entitled “Of Justice and the Conscience” in Lexington, Massachusetts, he preached this:

Look at the facts of the world. You see a continual and progressive triumph of the right, I do not pretend to understand the moral universe, the arc is a long one, my eye reaches but little ways. I cannot calculate the curve and complete the figure by the experience of sight; I can divine it by conscience. But from what I see I am sure it bends towards justice.

What was justice, according to Parker? “The idea of God, the ideal of man, the rule of conduct writ in the nature of man.” Baked in, or hard-wired, we would say, as unalienable rights. Parker’s arc was long, bending, incalculable, and progressive, its endpoint invisible though not heavenly: “a kingdom—no, a Commonwealth—of justice on the earth.” Parker was what we call an activist: he called the 1850 Fugitive Slave Law “a hateful statute of kidnappers,” and helped form the Boston Vigilance Committee, which helped hide fugitive slaves. In 1859, he was one of the “Secret Six” who funded John Brown’s attack on Harpers Ferry.

Parker began with doubt—a certain modesty in the face of immensities—and leaped, without formulas, toward the serene faith of his century. In a time when more than three million Americans were living and dying in bondage, he dispensed with mathematical certainty—yet remained sure that conscience upon conscience would eventually add up to justice. Fear might be the back-beat of justice, and discordance its prelude, but justice was the theme to which the melody always returned. Justice, like God, was imperishable.

Parker cautioned: “But in human affairs the justice of God must work by human means.” Thus did he anticipate the version of the image made famous a century later, on December 20, 1956, by Martin Luther King, Jr., in celebrating the victory of the Montgomery bus boycott. King put it this way: “We have kept going with the faith that as we struggle, God struggles with us, and that the arc of the moral universe, although long, is bending toward justice.”

Parker left us with human means toward human rights. King saw God sweating, staggering, not walking steadily. God was not the solution of a problem. God might very well be the problem. God struggled. He labored.

Also much quoted nowadays are these lines from Seamus Heaney:

…once in a lifetime
The longed-for tidal wave
Of justice can rise up,
And hope and history rhyme.

Has the doctor failed because patients continue to die?

We who may well be spared the worst of the future—stabs of hunger, clogged lungs, firestorms, tsunamis, armies of horsemen—we are not saved. We are reprieved. We are condemned not to know where we tend. The future, which has already begun, is not a rest home. It does not dog-whistle. We are condemned to the restlessness governed by the knowledge that, as Camus put it baldly, “In that race which daily hastens us toward death, the body maintains its irreparable lead.” So it is with the plague; with plagues to come; with evil.

* Variation on a line from Robert Lowell, “Fall 1961”: “we have talked our extinction to death.” The preceding lines are: “All autumn, the chafe and jar/of nuclear war;”

Todd Gitlin, professor of journalism and sociology at Columbia University, was the third president of Students for a Democratic Society (1963-64), and an organizer of the first national demonstration against the Vietnam war (1965) as well as a sit-in at the Chase Manhattan Bank against their loans to apartheid South Africa (1965), and many political campaigns since, including opposition to South Africa investments by the University of California and Harvard (1985-87), and to fossil fuel investments at Harvard (2013- ). He served on the board of Greenpeace USA for three years (2003-06). He is the author of eighteen books, including four novels, of which the next, The Opposition, set in the 1960s, is to be published by Guernica Editions in 2021.

What Elites Got Wrong About Mary McCarthy's The Group

The Ten Biggest Literary Stories
of the Year 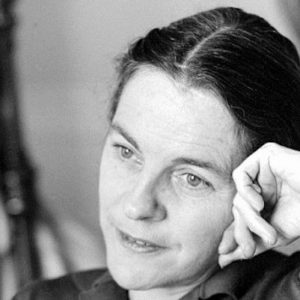 What Elites Got Wrong About Mary McCarthy's The Group

Within six weeks of when Mary McCarthy’s The Group came out in August 1963, the book was number one on the New York Times...
© LitHub
Back to top