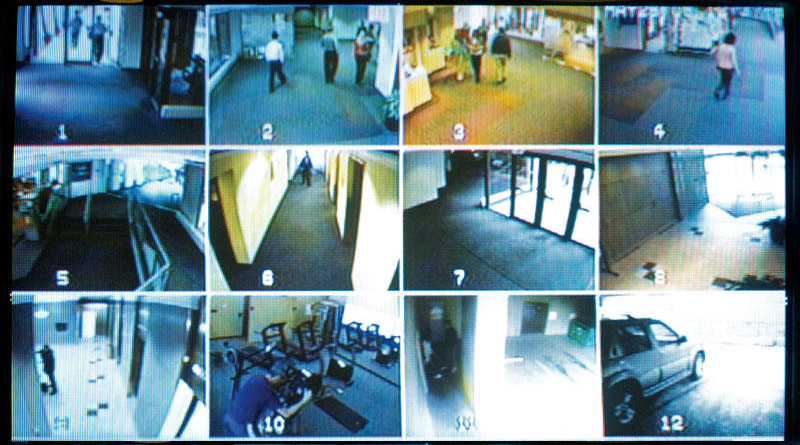 We Are Being Watched

Bryan Hurt on privacy, surveillance, and the watchful eye of fiction

It began with the baby monitor. Months before I’d conceived of Watchlist, my wife and I bought an Internet-connected camera to watch over our infant son while he slept. With a swipe of our fingers we could call him up on any of our iDevices—on our phones while we were out to dinner at our favorite Thai restaurant, or on our tablets while we watched TV on our couch—and there he’d be, butt lifted cartoonishly into the air, breathing softly but visibly, in grainy green-and-black. We could swivel the camera 180 degrees, taking in all corners of his room, or zoom in on his face, and then past his face, filling our screens with two giant, dilating nostrils, an open mouth. Then we could go back to eating our vegetarian spring rolls, or watching whatever it was we were watching on TV. Seeing him was a comfort. Watching him meant we knew that he was safe.

When I told my neighbor—novelist and contributor to this very anthology Alexis Landau—about the camera, she asked if he could see it. Did he know that he was being watched?

We were at the park, pushing our kids on the swings.

I told her that the camera was on a table next to the crib, a few inches away from his face. “It’s not like we’re spying on him,” I said.

But her question lingered. Were we spying on him? Was my son aware of the camera we had trained on him while he was sleeping? At the time he was six months old and the only direction he’d figured out to crawl was backward. I doubted that he was aware of the camera, and even if he was, so what?

I shrugged and went back to pushing.

Get used to it, little dude. Being watched is part of life.

We are being watched. That this statement probably no longer shocks is itself somewhat shocking. But ever since Edward Snowden revealed the NSA’s massive, clandestine surveillance program in June 2013, we’ve been inundated with news—seemingly every week—about yet another aspect of our once-thought-private lives that is now subject to some kind of scrutiny. We’ve learned that the U.S. government or one of its allies has been reading our e-mail, listening to our phone calls, and watching nearly everything we do on the Internet—Facebook posts, Google searches, instant messages, World of Warcraft gaming sessions. This week, Apple executives are appearing before Congress to testify about their refusal to obey a court order to unlock an iPhone that belonged to one of the terrorists who murdered fourteen people in San Bernardino, California, in December 2015. Privacy experts say the stakes couldn’t be higher. If Apple were forced to comply with the court, it would be required to build custom software for the FBI that would create a so-called backdoor into the San Bernardino iPhone, and other devices like it, that would allow law enforcement to access everything on it, from location to email and text messages. Worse, it would set a larger precedent. “If a court can ask us to write this piece of software, think about what else they could ask us to write,” said Apple’s CEO, Tim Cook, in a recent interview. “Maybe it’s an operating system for surveillance, maybe the ability for law enforcement to turn on the camera. I don’t know where it stops. But I do know that this is not what should be happening in our country.”

Yet so far we’ve responded to news of this surveillance with . . .

Perhaps we’re largely untroubled by this news because it doesn’t register as anything new to us. Every private thing that’s been taken, we’ve already been giving away for free. Facebook, Twitter, Instagram—since the advent of social media, and long before it, we watch ourselves more closely, keep tabs on each other better than any government agency ever could.

The technology certainly helps. Pew Research estimates that collectively we now spend seven hundred billion minutes on Facebook each month. But in the eighteenth and nineteenth centuries, aristocrats would also invest lots of time and money to pose for intimate portraits that they would put on public display. There’s value in being seen—always has been—and so it’s funny but not coincidental that the word status is linked so integrally with today’s social networking: the more you see me, the more I’m worth.

Watch something and you change it. This is something that we all know pretty intuitively, and something that’s been explored by science. Photons change from waves to particles when they’re observed under electron microscopes. There’s the paradox of Schrödinger’s cat.

We act differently, perform differently, when we know we’re being watched. Or even when we think we are. That’s the logic of the panopticon, the circular prison in which the inmates can’t escape the watchman’s eyes.

The question that inspired Watchlist is how we are affected by this constant surveillance. Does a camera trained on a sleeping child change him? How does an ever-present, faceless audience alter who we are? One way to interpret the Delphic maxim “Know thyself” is to take it as a warning to ignore the masses, their judgment and opinions. But what does it mean when our notion of self is tied so inextricably with our notion of audience? In a world without privacy, what becomes of the private self?

I decided to explore these questions through fiction not because fiction gives us good or definitive answers—good fiction is very bad at that—but because fiction allows for the widest range of inquiry. Through stories we can document, verify, speculate, scrutinize, judge, and watch. Stories help us put human perspectives and particularities on otherwise faraway topics and distant news headlines, drawing us closer because of fiction’s powerful empathic lens. Fiction, then, is another kind of surveillance technology. We read to better see and understand the world around us—other places, other people, other lives. But the best stories inevitably do much more than that. They help us see ourselves by revealing the unacknowledged and undiscovered parts within us, the parts of ourselves that we had not uncovered, that we had not yet known. We read stories to see the world and to see ourselves.

When I approached the contributors for stories about surveillance, the only guideline I gave them was that the book’s scope would be broad and imaginative. I’d take stories that were “ripped from the headlines,” that were set in far-flung and not-so-distant futures, or that took place one hundred years in the past. What surprised me about the stories they gave me was not how uniformly excellent they are or how thoroughly they explore the topic—I expected that all of the stories would be excellent and that they’d leave no stone unturned. There are stories collected in Watchlist that are political, apolitical, ethical, cautionary, realistic, experimental, “genre” stories—science fiction, historical, noir. Stories by authors who are well known and stories by authors whom you’ll know well soon enough, authors who should be on your own personal “watchlist.” What surprised me was that despite their breadth, each of the 32 stories in Watchlist suggests that the real price of surveillance is intimacy. The more we know about each other, the less we actually know.

For what it’s worth, I hope they’re wrong, even though I know they’re not.

Still, stories are powerful not because they let us see the world as it is—fallen, flawed, full of loss—but because they show us the world as it can be. The most powerful stories help us recuperate loss, transform it, and turn it into something beautiful, a work of art. So here’s an alternative surveillance story I propose, a fantasy I know:

So get used to it, little dude. Being watched is part of life.

From the introduction to WATCHLIST: 32 STORIES BY PERSONS OF INTEREST. Used with permission of Catapult. Copyright © 2015 by Brian Hurt.

Bryan Hurt is the author of Everyone Wants to Be Ambassador to France and editor of Watchlist: 32 Stories by Persons of Interest. He teaches creative writing at St. Lawrence University.

Clive James on Dying, Poetry, and the Wonders of the English Language

Inside the Unpublished World of Allen Ginsberg 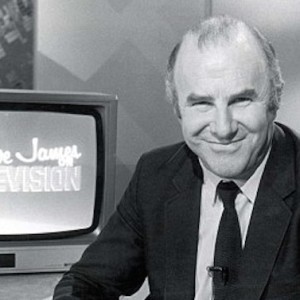 Clive James on Dying, Poetry, and the Wonders of the English Language

In the second part of their conversation, Clive James and Paul Holdengraber discuss the sources of poetry, the art of rereading,...
© LitHub
Back to top