We Are At Risk of Losing Serious Readers

David Denby on Teenage Reading Habits, and the Page vs. the Screen

Well, maybe not on the way home from the hospital. Maybe when the baby is six weeks old, or when she begins smiling. That might be a good time to pull her into your lap, or prop her up between you and your spouse or partner. Turning through pages, you read aloud a picture book. She won’t remember the words or pictures, but an impression of being held and read to will remain—a familiarity with the experience, an emotional reminder of pleasure, especially when it’s repeated hundreds of times. Second part of the deal: you talk to your baby constantly, from birth, telling stories, pointing out the things of the world, defining words, asking questions, and gently demanding answers when she’s old enough to give them. Like a child in a fairy tale, she will possess an unknown power, which, sooner or later, will burst forth. The reading ego, and the speaking ego, need thousands of little victories before they assert themselves without fear, and she will be ready. A child held, read to and talked to, undergoes an initiation into a useful life; she may also undergo an initiation into happiness.

Everyone agrees that establishing reading pleasure early in a child’s life is a monumental achievement (and you do it, the pediatricians say, with books, not with screens); and everyone also agrees that the gap between those children who grow up loving books and active conversation and those who don’t—with troubled school performance and restricted career opportunities likely for those who don’t—is a gap that gets set early and may be hard to close. Hard, but of course not impossible. It can be done in grade school and middle school. But what about high school? How do you establish reading pleasure in busy, screen-loving teenagers—and in particular, pleasure in reading serious work? Is it still possible to raise teenagers who can’t live without reading something good? Or is that idea absurd? And could the struggle to create such hunger have any effect on the character of boys and girls?

A few years ago, I was thinking about these issues, thinking in a non-productive, desultory way, and wondering, too, about high school reading lists (Does anyone read The Catcher in the Rye

anymore? Is Hawthorne gone? Did anyone care?), when a stranger came up to me on the street. This sounds like an Upper West Side joke: “Guy comes up to you on the street . . . and starts talking about a school.” The stranger was a teacher, Samuel Abrams, a dark-eyed, well-knit man in his middle forties with an intense way about him. For years, he had taught history and economics at a public school he loved, the Beacon School, on West 61st Street in Manhattan. He was on leave in 2011 (and, as it turns out, would not go back); he was writing a book on the economics of education. (His book is now finished: Education and the Commercial Mindset, by Samuel E. Abrams, director of the National Center for the Study of Privatization in Education at Columbia’s Teachers College.) Sam told me about the school, a cramped, ridiculously overcrowded place with a gym so intimate that a jump shot launched from fifteen feet would scrape the ceiling. Beacon inhabited a cruddy old building never intended as a school. Yet the place had spirit, Sam said. It had interesting students, ambitious teachers, a decent library, dozens of computers. It was a “progressive” school but hardly a slack, feel-good place. The students worked hard.

Yes, but how much were the students reading—in school, and on their own? And how much of it was quality of one sort or another? General information on such issues is not easy to come by. A Pew Research reading survey, conducted by telephone in 2014, reported that 46 percent of teens sixteen and seventeen said they read a book, including books for school, every day or almost every day. Since almost all the respondents at that age are students, 46 percent is not an impressive number. A recent summary of studies cited by Common Sense Media indicates that American teenagers are less likely to read “for fun” at seventeen than at thirteen. The category of reading “for fun” is itself a little depressing, since it divides reading into duty (for school) and gratification (sitting on a couch, beach towel), as if the two were necessarily opposed. The category reinforces the idea that an assigned book—literature, usually—can’t be fun.

A more recent Pew survey, issued on April 9, 2015, reported that “aided by the convenience and constant access provided by mobile devices, especially smartphones, 92 percent of teens report going online daily—including 24 percent who say they go online ‘almost constantly.’” Apart from statistical studies, the testimony of teachers and parents is overwhelming; the evidence of one’s eyes is overwhelming. In general American teenagers may be reading more sheer words than ever, but they are reading mostly on screens; they certainly aren’t reading many serious books. Most of them are incredibly busy. School, homework, sports, jobs, parents, brothers, sisters, half brothers, half sisters, friendships, love affairs, hanging out, music, and, most of all, screens (TV, Internet, social networking, games, texting)—compared to all of that, reading is a weak, petulant claimant on their time. “Books smell like old people,” I heard a student say in New Haven.

When they were very young, teens may have read Harry Potter, and later they may read dystopian and science-fiction novels, vampire romance, graphic novels (some very good), young adult fiction (ditto), convulsively exciting street lit. By the time they are fifteen or sixteen, however, reading anything more demanding and time-consuming threatens to cut off their smartphone sense of being in touch with everyone and everything at once. Suddenly, they are not everywhere, they are there, on that page, in that time, moored, limited, and many are glum about it. Talk to them, and you will find out: being unconnected makes them anxious.

As they get older, many don’t see why reading seriously should be important at all. “Everyone knows how to read and write. Why do we need a whole class for it? That’s just stupid,” a fifteen-year-old said to his teacher in Mamaroneck, New York. He was referring to English class. If students are thinking of college, they may have been told by their elders that a liberal arts education and the humanities in particular are a waste of time. In an economy demanding “skill sets”—defined narrowly as technical and business skills—that stuff won’t get you anywhere. But this is actual nonsense. We are producing more college graduates skilled in science, technology, engineering, and mathematics (the STEM subjects) than the economy can absorb. At the same time, employers have repeatedly said that they want to hire people with a good liberal arts education, people who can think, judge, and express themselves; they want people who can follow complicated instructions, talk in a meeting, understand fellow workers. They can always buy

The demand for better-educated workers is only one part—and maybe the lesser part—of the issue. Sometimes, as Orwell said, the restatement of the obvious is a duty. So the obvious, then: the liberal arts in general, and especially reading seriously, offer an opening to a wider life, the powers of active citizenship (including the willingness to vote); reading strengthens perception, judgment, and character; it creates understanding of other people and oneself, maybe kindliness and wit, and certainly the ability to endure solitude, both in the common sense of empty-room loneliness and the cosmic sense of empty-universe loneliness. Reading fiction carries you further into imagination and invention than you would be capable of on your own, takes you into other people’s lives, and often, by reflection, deeper into your own. I will indulge a resounding tautology: every great civilization, including ours, has had a great literature and great readers. If literature matters less to young people than it once did, we are all in trouble. Speaking for myself, my life would be a poorer, weaker, duller thing without Jane Austen, Walt Whitman, Ralph Ellison, Saul Bellow, Raymond Chandler, John Le Carré, Zadie Smith, Elena Ferrante; without John Grisham and Stephen King, too. Together and alone, we need literature as the California valleys need rain.

Electronic utopians say, “Calm down, nothing has been lost. If anything, the opportunities for reading have become much greater. Plenty of books are being sold, and even if books as physical objects are doomed, reading will survive, even expand. After all, you can get anything

.” In the literal sense, this is true. You can find almost any book you want somewhere. Those who know what they are looking for can find it on a computer, a Kindle, Nook, iPad, tablet, or smartphone; the electronic library goes on forever, and the volumes will not get moldy. What technological utopians don’t and can’t explain, however, is this: How does the appetite for serious reading get created in the first place? A baby held in happy attention to books and stories has a good chance of loving reading as an adult. What about the others?

From the introduction to LIT UP. Used with permission of Henry Holt and Co. Copyright © 2016 by David Denby.

David Denby is the author of Great Books, an acclaimed account of returning to college and reading the Western classics during the curriculum wars; American Sucker, Snark, and Do the Movies Have a Future? He is a staff writer and former film critic for The New Yorker, and his reviews and essays have appeared in The New Republic, The Atlantic, and New York magazine, among other places. He lives in New York City with his wife, writer Susan Rieger. 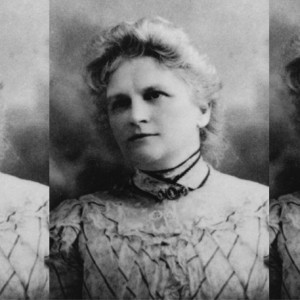 Hannah Tennant-Moore on the best literary sex scenes. | Literary Hub “They couldn’t testify because they were...
© LitHub
Back to top