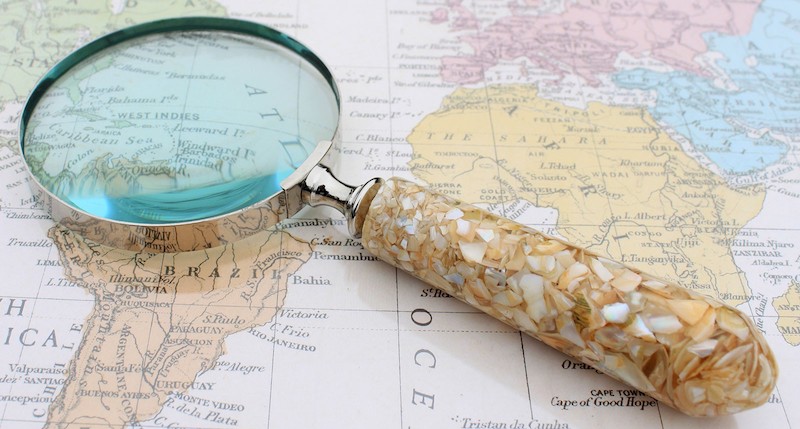 We Are All Detectives Now: When Literary Plots Get Mysterious

There’s something reassuring about reading a story in which a heroic detective saves the day. Maybe it’s through tracking down a killer; maybe it’s finding a missing person. There’s that sense of closure, that sense that the protagonist has done the right thing and restored some sort of order. But what happens when the world feels askew—when those kinds of stories don’t entirely line up with the world around us, with questions of heroism, with ideas of power and authority.

Subverting detective-story tropes isn’t a new thing. Joe Meno’s The Boy Detective Failed and Jedediah Barry’s The Manual of Detection took archetypal characters and narratives in strange and surreal directions. Michael Chabon’s The Final Solution juxtaposes an aging Sherlock Holmes’s efforts to solve one final mystery with the much greater historical crime that he remains unaware of. Derek Raymond’s The Factory novels focused on an unnamed investigator whose psyche slowly unravels as a result of the horrors he witnesses through his job; instead of the cathartic or triumphant moment of revelation, the conclusions of the later novels in this series promise future trauma and wrenching emotions. Raymond’s A State of Denmark took another facet of crime fiction in another direction: the protagonist here is a journalist living in exile after running afoul of his country’s dictatorial head of state. Here, though, the story isn’t about a crusading writer taking down a corrupt state; instead, it’s a bleaker look at the way that power can be abused.

Patty Yumi Cottrell’s Sorry to Disrupt the Peace does a tremendous job doing exactly that. Helen Moran, the novel’s narrator, returns to her hometown after a long absence when news comes of her brother’s suicide. She decides to investigate his death, believing there’s something more that she’s not being told, and does so by applying the language of detective stories to her investigation. “I needed to put his life into an arrangement that made sense,” she states at one point. One chapter begins with a suitably hard-boiled opening.

October 2nd, the first real day of my investigation, it was pitch-black outside, darker than the darkest mornings in Manhattan when the garbage has not yet been collected and the rats are at work.

And throughout the novel, she does what she believes a detective should: asks question of people who knew her brother, hypothesizes, retraces his steps. But there’s a hazard there, too, and it’s one that she brings up in another context, when musing on the origins of a book in her childhood home. “I realized I had created an entirely fictional narrative in my mind about the book of cars and its origins,” she says—and there it is, the fine line between detection and speculation.

From the readers’ side, we’re given Helen’s personality to figure out, which is a mystery in and of itself. Both she and her brother were adopted, and she constantly prefaces the words “mother” and “father” with “adoptive”—so is her voice a result of feeling alienated, or are there other psychological issues at work? There are certain moments where her descriptions of events seem slightly off: her constant references to herself as “Sister Reliability,” a nod to her work with troubled children, for instance, and her memories of a falling-out she had with a local art scene of which she was once a member.

Cottrell’s novel has a thoroughly complex and compelling narrator, questions of memory and family, and a fantastic sense of place. What makes it especially memorable is how its awareness of the structure of a detective story enables it to go to some very bleak, very powerful emotional places. It’s a moving and unsettling novel with a fantastic narrative voice at its center—and if Helen Moran isn’t necessarily the great detective she believes herself to be, her perspective on life and the stories we tell isn’t an easy one to shake.

The narrator of Katie Kitamura’s A Separation is also an unlikely detective, but she’s far less willing to embrace the role. As the novel opens, she and her husband Christopher have been separated for several months, though few people are aware of this fact. Christopher’s mother contacts her: Christopher has gone missing. And so the narrator travels to a Greek island to begin a search for a man whose presence or absence summons feelings of ambivalence.

A Separation has plenty of mystery-esque elements: a missing person, a frayed marriage, an investigation. But its pensive pacing suggests something else—a prose equivalent of a film like Michelangelo Antonioni’s The Passenger, where character and setting take center stage. There is, ultimately, a crime, but it doesn’t happen until halfway through the novel. When that happens, it doesn’t suddenly become a whodunnit; instead, the inclusion of violence—and the question of whether the crime really was a crime, rather than simply an accident—heighten the themes of deception and trust that have come before it.

“Once you begin to pick at the seams, all deaths are unresolved (against the finality of death itself, there are the waves of uncertainty in its wake),” the narrator muses late in the book. It’s significant that Kitamura also juxtaposes this disappearance and its aftermath with an event that characters in the novel follow on the news: a cruise ship that seems to have vanished into thin air. Is a crime a crime if there’s no explanation? At what point does someone disappearing enter the territory of the deceased, to be mourned? And who, ultimately, determines that? The languorous investigation in A Separation raises a host of questions with mysterious answers.

In the vanished cruise ship of A Separation, there are plenty of echoes of the 2014 disappearance of Malaysian Airlines Flight 370. Olivia Sudjic’s Sympathy references the flight directly; here, too, it stands in for the inexplicable, for a mystery that may well go wholly unexplained, but was no less lethal for it. Sudjic’s novel is decidedly contemporary: social media plays a significant role in it, and one of the supporting characters is a thoroughly unpleasant tech-bro type involved with an app that aids people in finding threesomes.

In Sympathy, searches and investigations abound, chief among them how protagonist Alice Hare goes in search of a writer named Mizuko Himura living in New York. Questions of online communications and online personas suffuse the novel; taken in combination with the investigatory riffs in the book, it pushes towards a larger point: we are, arguably, all detectives now. Social media can easily be used for surveillance, for one thing, and different personas used online to gather information also have their crime-fiction counterparts.

At one point, Alice muses about another character’s capacity for insights—which, again, hearkens back to questions of mysteries and investigations.

“It never ceased to amaze me how she just had the facts, always, in her head. It occurred to me that if, or when, she died, a whole load of facts, a body of knowledge, might disappear without a trace.”

In the end, Sympathy turns out to be—like so many mysteries—a book about the past rising back into the present and setting everything askew. It’s a haunting conclusion to a novel that’s frequently disarming.

The opening sentence of Richard Beard’s The Apostle Killer also suggests the aftermath of a crime: “First, find the body.” But the conceit of Beard’s novel soon reveals itself: its setting is a strange blend of the modern era and the early days of the Roman Empire, blending the familiar with, well, other things that may be familiar, but in different contexts, such as this scene where Gallio, the novel’s investigator protagonist, muses over his options.

…Gallio can harass him on suspicion of the murder of Judas. Gallio is ready to invoke Interpol, confiscate Jude’s papers, close his beloved hospital, make his life a misery, but sitting beside him on the stairs Gallio doesn’t believe that Jude is the murderer of Judas. Nor is he Jesus in disguise.

Herein is the trick of Beard’s book: we’re reading this from the perspective of a skeptic, someone whose job places him at odds with the earliest Christians, and who thus fundamentally doesn’t quite get the narrative that he’s in the middle of. Occasionally, this comes off as a little too clever—but there are also some deft reimaginings of familiar stories, such as the idea of Judas being paid thirty pieces of silver for his betrayal.

In the end, Beard’s novel resembles the decades-spanning works of the likes of James Ellroy and David Peace. For all that Gallio is both protagonist and butt of a cosmic joke, his struggles feel real, even as his logic becomes more contorted: “Jesus has promised to return in the lifetime of his beloved disciple, and John is the last disciple standing. Therefore he is the beloved.” It’s a strange and unsettling book, which takes a strange elevator pitch and turns it into a compelling tale of obsession.

Structure and perspective can count for a lot. Much like how Gallio in The Apostle Killer is arranged as that rare detective with less information than the reader, the way the connections between the trio of desperate characters in Cynan Jones’s Everything I Found on the Beach becomes apparent and transforms a gritty working-class setting into something much more harrowing.

The novel’s prologue opens with the police making their way around a crime scene and describing the unsettling sights that they discover—in other words, from the outset, the reader is clear that this probably won’t end happily. From there, Jones showcases three primary characters: Grzegorz, who’s left Poland in search of a better life; Hold, a fisherman struggling with recent trauma; and Stringer, who’s enmeshed in the world of organized crime. Each one seems to be carrying on with his life as best they can, but soon, circumstances force them out of their comfort zones, and things repeatedly take a turn for the worse.

Had Jones told this novel in a more linear fashion, it might have played out more like a traditional crime novel. Here, in this more fragmented approach, it feels like a series of small-scale tragedies that gradually accumulate into something much bleaker. Comparisons and contrasts between the three men emerge, and a sense of disorientation—echoing the ways in which these characters find themselves out of their depth—comes to dominate the proceedings.

There are a host of things that are compelling about detective fiction on its own. The permutations of it that appear in these five novels show off some of the ways in which its elements can be used in a new context to create a feeling of revelation or disorientation. What is the sum total of a mystery? What comes of removing some of those components, or placing them in an entirely new context? These books offer a host of answers. 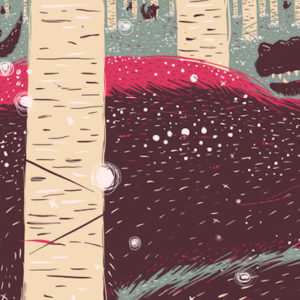 Angela Carter is one of those rare writers who has not only readers but fans. That is, those who not only love her work but who also...
© LitHub
Back to top