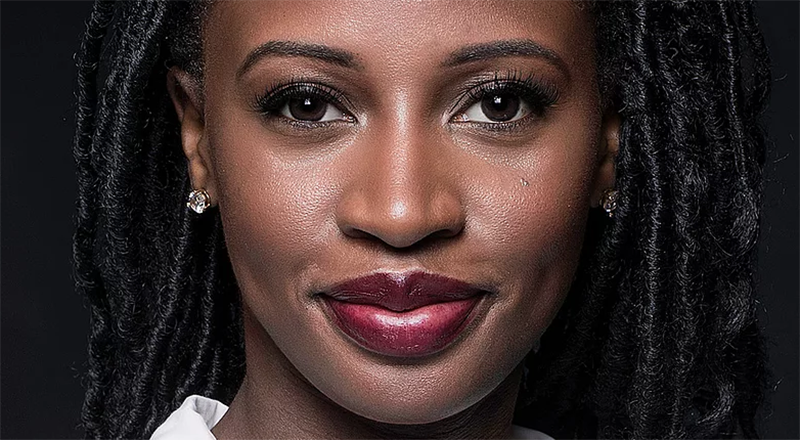 Wayétu Moore on What It Means to Tell “Our Story”

In Conversation with Kendra Winchester on the
Reading Women Podcast

This week on Reading Women, Kendra talks to Wayétu Moore about her memoir The Dragons, the Giant, the Women, which is out now from Graywolf Press.

Kendra: I really loved your debut, She Would Be King. I have a Blind Book Date situation for our podcast over in our Etsy store, and it’s actually one of the books that I send people the most because it’s a beautiful novel. This time you’re back, though, with a memoir. What has it been like switching from fiction to writing something much . . . well, I mean, it’s a totally different genre.

Wayétu: Yeah. So I wrote both of them simultaneously. While I was writing the novel, I was writing and, of course, living the memoir. And then during the editing phase of the memoir, I was still working on the end bits of the novel. And this is like the memoir first draft, I should say, because obviously subsequent drafts were done after the novel came out. But because I was working on them simultaneously, I can’t say that there was a dramatic difference in the craft portion.

I think that what really stuck out to me is the obvious restraint and fear and anxiety that would come from creating characters out of people you know—your family members and yourself—and how incredibly intimate it is to sort of dissect your own characteristics and habits in ways that you would a character in a novel. That was startling, definitely a stunning experience. But in addition to the shock of making characters out of people in my real life, I would say the only other sort of fear was making sure that I was representing my family and my parents in the right way because I do understand that it took an incredible amount of trust for them, especially my mother, to let me tell our story. And so I wanted to make sure that I was maintaining the integrity of everything that we had been through. Yeah.

So that’s obviously not the train of thought I have when writing a novel . . . it’s like, how am I maintaining the integrity of my parents? Which I mean, actually, maybe it is because, as from an old-fashioned home or from a Liberian home, I’m always—for a long time—I did feel like I was writing with my parents over my shoulders. Like, you know, because they would be reading it. Their friends would be reading it. But yeah, I mean, this is exponentially more for the memoir. So. So, yeah, those are the differences.

Kendra: I love the way that you put it, how you’re telling “our story.” And that is very much the story of your family because, very much in the memoir, you explore how your family and experiences that you had shaped who you are as an adult. And in the book, we start at the first section. It is your childhood during Liberia’s civil war. And you mention different places that, you know, written history suggests that this war erupted from the ethnic tensions between the descendants of resettled African Americans and Indigenous groups. But your memoir dispels that with revelations of more dynamic tensions among groups in the country. So as you were writing the book and you were thinking about it, for you what has contributed to the Settler/Indigenous narrative? And why do you believe it is so prevalent?

Wayétu: Yeah. Gosh. So that, I think, what happens in any society is that there’s going to be some system social stratification. Right? And in Liberia’s case—and in any other country that is homogenous and everyone is, to some extent, the same race or they have the same color of skin—there will be other ways that human beings choose to identify and self-isolate or collectively isolate. And for Liberia, it did initially have to do with ethnicity, but not in the way that it has evolved to.

The first plot of land that was designated as Monrovia when the settlers went over was actually purchased, and it wasn’t even contiguous because there was a plot of land. And then it was impossible to buy anywhere next to it. So there was another plot of land. You have these colonies that were being set up that were all part of what was considered Monrovia, what later became Liberia. So eventually what you find happening within history is that there were desires for expansion, and there were negotiations that became very tense.

But there was the slavery that is suggested throughout these narratives. It comes from one of our previous presidents. He was 1920s or so. And he was accused of . . . he resigned after being accused of shipping contracted labor to the Caribbean. And after this, the UN did a massive study on what was going on in Liberia at the time and found that what would be considered slavery, which was present in both Americo-Liberian and native Liberian households. Or, you know, people coming in from the interior, working in households, and then they were supposed to be schooled or be educated.

And, you know, I mean, there are a lot of theories as to why this has become so prevalent. You know, people say, well, people are just generally uncomfortable with Black progress and Black wealth. And I know that I’ve always wanted to find a way to explore the nuances of this history while still, of course, featuring and mentioning that there is national favoritism. There is a system of social stratification. But it just isn’t as binary as what has been painted and what is previously conceived. Yes. I mean, I think it is something that we as a nation are still sort of trying to figure out. There are a number of unification efforts, or people are trying to have these conversations that are broad and expansive and that give Liberian history the sort of fairness that it deserves because very few histories are as binary as what Liberian history is painted as.

And so. . . . I don’t know what the answer is as to why it’s become so prevalent because it was a society that worked. It was a society that led the Pan-Africanist Movement. There were men during the coup of the thirteen cabinet ministers who were assassinated who were mixed, of both native Liberian and Americo-Liberian ancestry. I’m mixed. My mother is of native Liberian ancestry. My father is descended of Americo-Liberians. Most Liberians are. And so it’s just finding ways to tell a more well-rounded story and give justice to my country’s history. Right? That’s something that I’ve always been interested in.

Kendra: And you can see those themes in your debut novel as well, where you have all of these different groups coming together around this story. And having read your debut first, I felt like that gave me a background because once I’d read that book, it inspired me to go read nonfiction articles on the topic and interviews that you did in your publication, your book tour, for that. And so coming into this, I felt like I had a general idea going in as opposed to reading about a new history that I’d never read about before. And having read that, it focuses on three different characters. But one of them is a young girl when we first start. And this book also starts with a young girl. It starts with you. And we don’t often talk about girls during times of conflict.

Kendra: Girl child soldiers. Women rebels. They’re usually missing from the conversations around events like this. I’ve been thinking about this a lot in the last six months because we also interviewed Maaza Mengiste, and she also talks about women during conflict. And so there were just a lot of different things that I thought the two books went well together. And there’s almost like this dialogue happening. And it’s very thought provoking. But for you, why do you think that is that women are often left out of these conversations about conflicts? And what can be done to further disrupt those narratives?

Wayétu: Well, I mean, the patriarchy is real. Misogynoir is also real, right? You do have, even within institutionally racist structures, Black women are so radically disadvantaged. So when you had a lot of these aid organizations and efforts, even within the region, coming over and finding ways to rehabilitate soldiers, obviously male soldiers were the dominant, but there were very few programs, if any, that catered to these these women who were a part of it. And so I think it’s just it’s become habitual . . . to this disadvantage and this erasure of the needs of women in those environments. Specifically, it’s something that was normalized. There was no expectation that these women needed the amount of aid and support that their male counterparts did because, as you will find in misogynoir institutions, the men are still seen as the head of the home. They are the ones who should be protected. They’re the ones who, you know, need to be saved if there are any salvation efforts. Yeah, it’s just . . . it’s evidence of that.

And you would find that within the efforts that were available for women soldiers or former women soldiers. They all overwhelmingly, at least in my research in Liberia, had to do with family planning, how they would take care or how they could provide supports, both medical and educational supports to the children that they had while they were in combat, but not as much to their psychological well-being. And I thought that that was interesting as well. I mean, it’s a conversation that I continue to have particularly with the centers that I’m still in touch with in Liberia because I’d gone back for maybe about a year and a half, two years. I would spend my time interviewing previous child soldiers. I would say 50 percent male, 50 percent women. And in those centers, in those groups, I would find that the educational and psychological empowerment . . . a lot of the rehabilitation, psychological rehabilitation . . . those were programs that the men went through.

But whereas the women, it was like, well, how do you support your children? And obviously not disqualifying that as being essential to their overall rehabilitation. It’s making sure that the families that were results of these conflicts are provided for. But there definitely was a disparity in what was going on in their rehabilitative needs and access that they had to some of those services. And the very simple answer is that, you know, patriarchal misogynoiristic thinking is pervasive everywhere. And it’s something that we see in Western countries, something that we see in developing nations, something that we see on the continent. These institutional paradigms just manifest in different ways. And this is just another way of that manifestation. 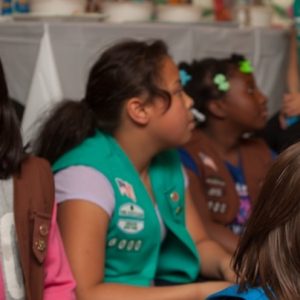