In this episode, Wayétu Moore, author of the memoir The Dragons, the Giant, the Women, discusses the continuum of racism through generations, wearing heartbreak as a badge, and returning to Liberia after fleeing the war as a child.

Jordan Kisner: It’s so striking in the book, the way you describe how your father and your grandmother were able to minimize or cushion some of the horror of the war you were experiencing as a five-year-old by re-narrating it to you, by telling it as a story that was something that you as a five-year-old could digest and handle. Obviously, there are limits to what they could do. They couldn’t not make you be walking past people lying in the side of the road, but they could tell you they were sleeping.

One way that I read your memoir is as a writer coming to terms with maybe, too, what we would call for this podcast threshold experiences. Of having to—I don’t know if you would call it a loss-of-innocence experience—of realizing that the story of what happened when you all were leaving Liberia was not quite exactly the story that your father and your grandmother were able to narrate to you as it was happening. And then also a secondary loss of innocence about realizing that the story you had been told about what America was going to be for you was going to be abraded or tainted or traumatized by racism. I wonder how you think about the storytelling your parents did around those two moments.

Wayétu Moore: When I talk to my dad, specifically now, about his methods, I mean, he fully commits to his lies. He says, of course, that’s what you would do. If you have young children, you’re gonna always be finding a way to cope and to dilute some of these experiences. And coincidentally, the stories around the war didn’t end when the war ended. Growing up, if we were at a family reunion or in a space where my dad was gathered with his friends—which was rare because we weren’t raised around other Liberians, other Africans, period—then it was always Liberia seemed like this fairy tale place. “Oh, remember, we would go to the river and jump off of this. And the river was always so deep, and that one time it carried us away. It carried me two miles down!”

The way that they spoke about this place was with such reverence and joy that I couldn’t help but to see Liberia, in spite of what we had been through, as a place that I wanted to and had to return to. I think in many ways, storytelling has been used and continues to be used in my family as a tool for reconciling some of the grim realities of our world. Using the wideness and the flexibility of stories to not just make sense of what’s happening, but make joy of what is happening.

In comparison to what’s happening here, the way that stories inspired me to make sure that even as a Black immigrant—so first of all, my paternal family can link their history, I can link my history, to American slavery, which is not the case for many Africans. But my father, he would use stories based on obviously truth of the diaspora of Pan-Africanism to connect the dots and make sure that I was always looking at being Black as an international body. I was part of something, and I was part of a struggle that is similar in these different places I found myself in. His stories definitely contributed to that as well.

When people ask me about stories, the fantasies and some of the magical elements of how the war and how different things in my life were explained to me, I credit that to how I then tell stories. I’m always sort of looking for the vastness and searching for the joy between the lines. That is something that has been a great privilege, to have had that introduction. And so then, when I approach not just the oral tradition but the written tradition, I feel like I’m searching for those golden threads in the same ways they were presented to me. 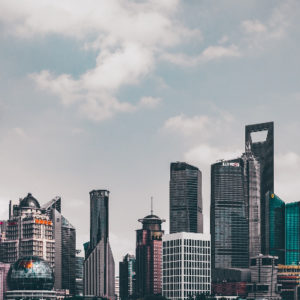