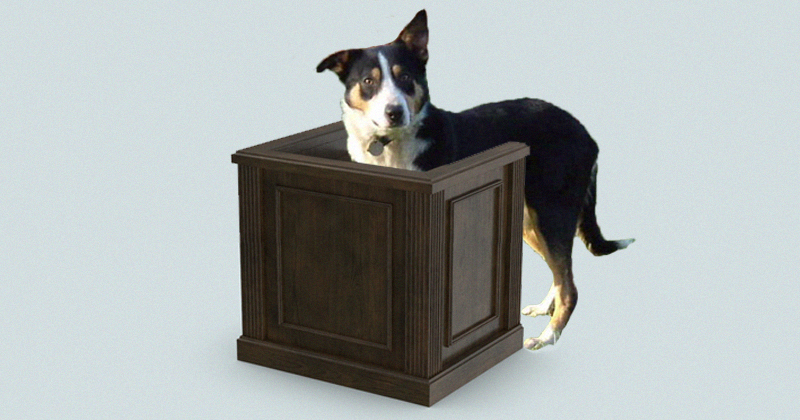 Today is the centenary of the birth of Richard Adams, author of Watership Down, surely your favorite novel about adventuring rabbits. So when better to revisit the time that Adams, who died in 2016, called his own dog, a Welsh collie named Tetter, as a witness in a hearing?

In January of 1987, Adams was testifying before an employment tribunal in Southampton in a hearing to quash a disagreement between two rival gamekeepers who had worked on the same English estate—until one of them quit because of the other’s bad manners.

Adams testified on behalf of David Claridge, who was trying to prove he had been forced to resign his post because “because he was alarmed by the angry outbursts of his fellow gamekeeper David Hunt.” (This is . . . so English.)

Adams, in supporting testimony about Hunt’s temper, said Hunt swore at him while he was walking on a public path near the Andrew Wills estate. Hunt threatened to shoot his collie Tetter unless she was put on a leash, Adams said.

“I have knocked around the world a bit and was in the army for five years . . . but I have never heard language like it. [Hunt] was beside himself with rage,″ Adams said.

The tribunal then allowed Adams to call his collie as a witness to show the animal’s obedience. Tetter bounded into the tribunal room but sat instantly when commanded by Adams.

While Hunt told the judge that Tetter had “scattered his pheasants,” his obedience seemed to convince the judge—the employer later settled with Claridge for the equivalent of $3,000.