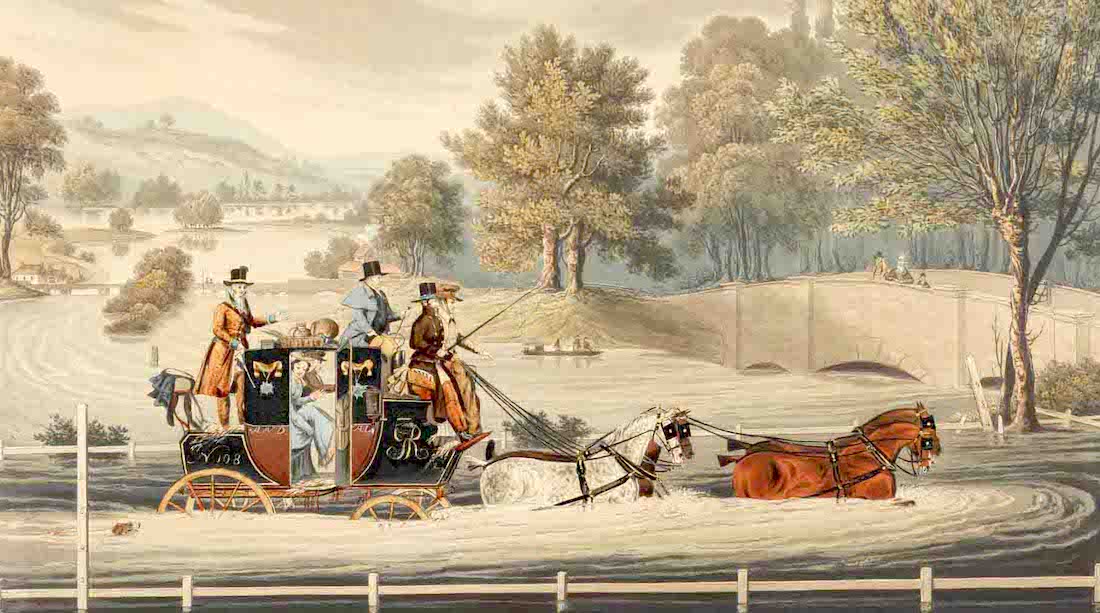 Water is the principal expression of the climate system. Through droughts, storm, and floods, it shapes people’s lives. In fact, Earth’s climate expresses its agency on the landscape through water. The rhythm of the hydrological cycle sets the beat at which much of our society dances: adjusting to it, changing it, even directing it, have been a human preoccupation for millennia.

But contrary to what some might imagine, this story is not written in the rivers of the world, through the countless dams, canals, levees that litter the Earth as we attempt to replumb the planet. Rather, the story of water and people is etched into the very fabric of society, into the political and social institutions that help us express our collective agency in the face of overwhelming force. It is, above all, a story of ideas.

My own experiences working on water security blended with hundreds of books and—quite literally—thousands of journal articles to produce Water: A Biography. It is a story of a difficult, generative relationship between people and water over thousands of years. It is a story of water, but it is really a story about us. There are many well-known books on water. Here, however, are some that have been important to me in telling this story. Some of these do not get enough attention. All of them are worth reading. 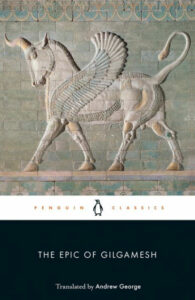 When George Smith, the first full-time Assyriologist of the British Museum, made his announcement in 1872, it hit the world like a thunderbolt. Amongst the thousands of tablets brought back from the Royal Library of Ashurbanipal in Nineveh, he had found eleven tablets, filled with tiny cuneiform writing, which told a fantastical story, the epic of a great king. On the eleventh tablet, maybe the most famous cuneiform text ever found, was the story of a catastrophic flood, unleashed upon the world by angry gods. A story of a patriarch that saved himself, and all animals, by floating endlessly in a boat, as the world around him drowned. The Epic of Gilgamesh is essential reading, not just for those interested in our relationship with nature. It is a window into the deepest past of humanity. 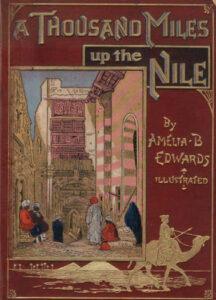 “A donkey-ride and a boating-trip interspersed with ruins.” That’s what she expected when, towards the end of November 1873, Amelia Edwards chose to embark on a trip to Egypt to escape the torrential rains of Northern Europe. Edwards was a poet and a journalist. She had achieved some level of notoriety in the 1850s as a novelist, but, after a trip to Italy, had turned to travel writing. She wrote this book as a journal of her trip to Eygpt, on a traditional flat-keeled river boat from Cairo southward along the Nile. The book is a fun read. But it also provides insight into the mind of the Victorian woman who, more than any other, contributed to establishing the field of Egyptology as we know it today. 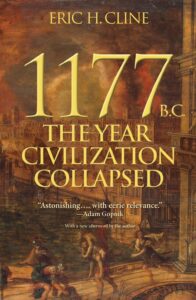 Cline does a wonderful job of reconstructing in vivid detail the catastrophic end to Bronze Age. In many ways, it is a template of our modern predicament. A globalized society, a system of powerful countries connected by trade, from Scandinavia to the Black Sea, across the Mediterranean, surprised by a sudden change in climate. The powerful Hittites, the wealthy Egyptians, the Mycenean builders of great palaces, the starting point is a long list of civilizations that formed the Bronze Age regional system of trade and power. Then it all came crumbling down. The destruction was so rapid, that in some places a precise layer in the archeological record marks its occurrence.  And it all started because those most vulnerable, pastoralists in the northern Balkans, were unable to cope with a changing climate and decided to move. They tried to stop them. They failed. Worth reading. 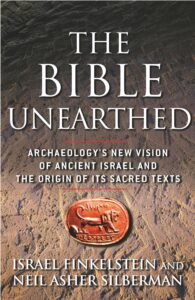 Israel Finkelstein has produced a number of books on the archeological reading of the biblical period. This book, written in collaboration with Silberman is fascinating, well argued, compelling. It was also controversial, and debate on some of the conclusions continues, but it provides an entertaining read and a great introduction to the archeological scholarship of the early first millennium BCE in the Levant. And there are some fascinating water stories, from Megiddo to the sustainability of the Kingdoms of Judah and North Israel. 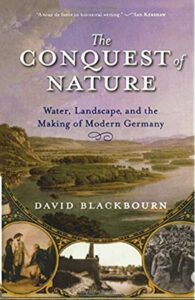 Blackbourn is a great historian. In many ways, the journey to write my book started after reading this one, some years ago. It is a rigorous, fascinating case study in the development of modern Germany over two and half centuries. But it is also so much more than a story of a country. It is a compelling demonstration of how, in the folds of history, one can find the proof that the relationship between society and water is a dialectic one, full of actions and reactions, of second-best solutions, of provisional answers, which seemed definitive, only to set society up to face the next crisis. A real tour de force. 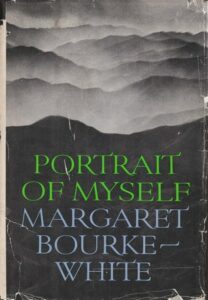 Margaret Bourke-White, Portrait of Myself
(Simon and Schuster)

When looking for images that would capture the high-modernist American river project, I inevitably landed on Margaret Bourke-White’s work. If you read Bourke-White and you know her photographs, you can’t help but think of her as a super-hero. When Henry Luce called on her to produce the first ever cover of Life Magazine, she—an industrial photographer—decided to portray Fort Peck Dam on the Missouri River, thus forever framing the visual identity of the New Deal on the rivers of the country. But there is so much more to her story. Her trips to the Soviet Union, to Italy, India and so many other places as a war photographer produced a steady stream of iconic images. Through adventure, war and, ultimately, her own sickness, she was an extraordinary witness to the twentieth century. 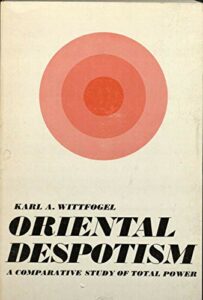 This book first came out in 1957 and in some ways it has not aged well. Wittfogel was one of the most important sociologists of his age, a founder of the celebrated Frankfurt School. During WWII, he fled Germany for the US, rejecting his Marxist beliefs and eventually becoming a vehement anti-communist. In many ways, it an angry book. It is scholarship with an agenda, a powerful, ideological analysis of the relationship between water and society. But despite all its shortcomings, it is still the most important text written on the idea that society’s relationship to water is a crucial driver of political architecture. It is the starting point for all those, myself included, who have tried to counter and build on his arguments. 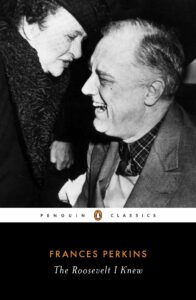 Perkins was in the Roosevelt administration. The first woman to hold a cabinet office in the history of the United States, she was a leader of remarkable consequence. Aside from being the longest serving Secretary of Labor, she was the architect of countless policy reforms, not least the architect of Social Security. The book is interesting both because of who wrote it and because of the portrait of FDR that emerges. Through her words, amongst other things, you see just how devoted Roosevelt was to the success of the Tennessee Valley Authority as a model for the world. Plus, it is well written: a first-person account of one of the most important periods in modern American history. Well worth it. 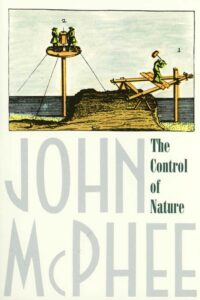 John McPhee, The Control of Nature
(Farrar, Straus and Giroux)

Reading McPhee is to immerse oneself in a masterclass of non-fiction writing. If you have not read his work, you are in for a treat. To read him is to be a student of his craft. One cannot help but admire the images he can conjure through character portraits, minute stories, and vivid landscapes. But, if your purpose is to write non-fiction, as was mine when I read this book for a second time, it might set an impossible standard. The first essay of this book, “Atchafalaya”, describes the archetype of our battle with nature through the management of water: that of holding back the Mississippi from its inevitable escape to unbridled freedom. 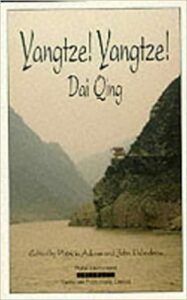 This is the English version of a Chinese book originally published in 1989. Dai Qing is the daughter of a very prominent family in the Chinese communist party, a journalist, turned environmentalist and activist. The book is a collection of interviews and essays, which Dai Qing compiled to pressure the Chinese government in postponing construction of the Three Gorges Dam. She ultimately failed. Three Gorges Dam has become the archetype modernist project of the 21st century. By documenting the reaction of intellectuals and scientists to this project, Dai Qing recorded a crucial moment in China’s relationship with its landscape, one with global consequences. 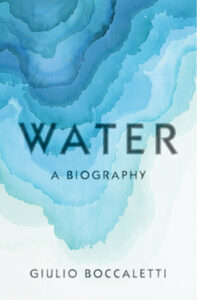 Water: A Biography by Giulio Boccaletti is available now from Pantheon.

Giulio Boccaletti is a globally recognized expert on natural resource security and environmental sustainability. He is an honorary research associate at the Smith School of Enterprise and the Environment, University of Oxford. Trained as a physicist and climate scientist, he holds a doctorate from Princeton University, where he was a NASA Earth Systems Science Fellow. He has been a research scientist at MIT and was a partner at McKinsey & Company, where he was one of the leaders of its Sustainability and Resource Productivity Practice, and the chief strategy officer and global ambassador for water at The Nature Conservancy, one of the world’s largest environmental organizations. Boccaletti frequently writes on environmental issues for the news media, including Project Syndicate and The Guardian, and is an expert contributor to the World Economic Forum. His work on water has been featured in the PBS documentary series H2O: The Molecule That Made Us. He lives in London. 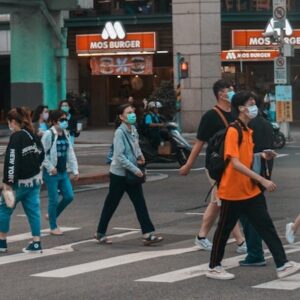