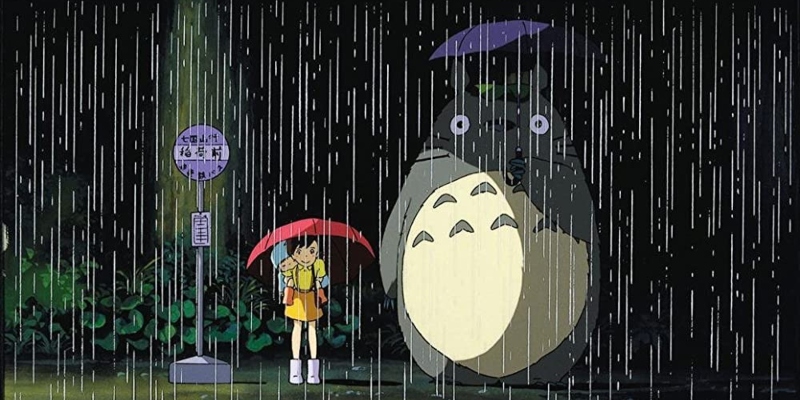 Anri Wheeler Muses on What It Means to Live Communally

My Neighbor Totoro opens with a truck chugging along a country road, packed to the brim with furniture and belongings. In the cab, sisters Mei and Satsuki share candy and marvel at the landscape. The scene sends me back to landing at Narita airport with my mother, our suitcases full of Halls cough drops and Scotch-Brite sponges for my aunts. As an only child, summers at my grandparents’ house in Tokyo were clamorous—my aunt living upstairs, Oji and Oba’s TV always on, aunts and cousins stopping by for meals and snoring next to me, the corners of our futons overlapping—but they taught me what it means to align to the rhythms and needs of others. I learned to revere my elders and our ancestors who watch over us: the first thing my mother and I always did when we arrived was light incense at the small altar in my grandparents’ room. Likewise, Mei and Satsuki’s father takes them to pay their respects at the shrine built around Totoro’s tree, espousing the Shinto belief that we’re all interconnected.

Now, I’m the mother of three daughters. The end of their school vacation earlier this month marked a new Covid low, the latest surge of the latest variant still not triggering increased precautions. I lost sleep doomscrolling and anxiety-texting with other parents, all of us depleted, finding our own way through labyrinthine decision-trees. School leaders are avoiding accountability while politicians make statements ignoring our most vulnerable. Decision-making is being thrust back on parents and teachers. America’s rugged individualism is, quite literally, killing us.

I lost sleep doomscrolling and anxiety-texting with other parents, all of us depleted, finding our own way through labyrinthine decision-trees.

During the vacation, my daughters and I watched a movie per day. We sang along to Encanto, they indulged my inaugural viewing of Frozen 2, the five-year-old watched Dr. Seuss’ The Grinch while the older girls and I cried our way through Dear Evan Hansen. On the last night before school opened, still unsure if my husband and I planned to send the girls, we couldn’t decide on a movie. Finally, I had an idea: Totoro.

As the opening credits rolled, I sensed a shift in the room. A softening in the older girls so used to TV shows with mean girls they promise not to emulate and chaste kisses they still find gross. I reveled in their laughter—the youngest, watching for the first time, cackling at the small white Totoro who first appears from the forest. Even those who knew it was coming delighted in Mei’s first encounter with the giant Totoro. I couldn’t contain my anticipation when the cat bus approached, the girls marveling at its many-limbed speed. My phone sat untouched, my spiraling paused: Should we send the girls even though one school planned to open before PCR tests results were in? Would lunch be eaten inside or out? What was our plan if one of us tested positive?

Tonari no Totoro premiered in 1988; I was seven years old. My Hayao Miyazaki fandom had already been solidified from watching his earlier films with my cousins on rented VHS tapes, huddled together on the floor in front of my aunt’s TV. I own most of his films in their original Japanese, but my girls don’t speak the language and my youngest can’t yet read subtitles, so we watched in English, though I still find it difficult to listen to the voices that don’t match the characters I grew up with, to use the dubbed version’s title.

For a brief and glorious 90 minutes, the movie I’ve seen more times than any other held me.

But this time, on the precipice of my daughters’ omicron-surge return to school, I saw it anew. I ached for Japan—this is the longest I’ve been away from my mother’s homeland. As I watched Mei and Satsuki’s father slide open the doors that filter out the light and cold, I remembered waking up to the sound of Oji doing the same. As Satsuki filled bento boxes, I could smell the ones my aunt made for me with crispy tatsutage chicken and perfectly rolled tamagoyaki. The house I spent my summers in, creaky with dust and memories like Mei and Satsuki’s, is gone. After my grandmother died, it was sold for a fraction of its worth, to developers who tore it town and built an apartment complex. I will never again get in trouble for poking my finger into one of the tears in the paper-paneled shoji, never carry bowls of steaming rice down striated wood floor to eat dinner with aunts who encouraged me to have one more bite.

Mei and Satsuki’s mother is recovering in the hospital, from what we never learn. This too I saw through the eyes of a mother to young girls as we barrel toward pandemic year three. The crushing uncertainty of what it means to have a parent who is sick felt palpable. I thought about all the children worrying as loved ones quarantine down the hall or farther away. I mourned for all who have lost and will lose caregivers to this pandemic. I’m grateful that my daughters, like Mei and Satsuki, have each other. To huddle together over crafting projects until well past their bedtime, to crawl into bed as one until we have to separate them because it’s a school night and they’ll never go to sleep, to argue and reconcile and argue some more.

Totoro has no villains or splashy musical numbers; it follows the kishotenketsu style with no dramatic climax. Instead, moments of magic sprout amidst daily life. For a brief and glorious 90 minutes, the movie I’ve seen more times than any other held me, like Totoro when Mei falls asleep on its heaving chest. When Mei is lost, the family’s neighbors come together to find her. During a time when so many seem to have lost sight of what it means to think and live communally, Totoro teaches us to share an umbrella in the rain and deliver an ear of fresh corn to someone we miss. It reminds us of the homes we will never return to, and the ones we can forge together, day by ordinary day.

Anri Wheeler is a writer, educator, and mother to three strong daughters. She is working on a memoir about race, class, and mermaids. Her essays and book reviews have appeared in The Boston Globe, The Independent, Cognoscenti, Hippocampus, Romper, and elsewhere. More at anriwheeler.com.

The Blurry Boundaries of Sibling Intimacy: A Reading List 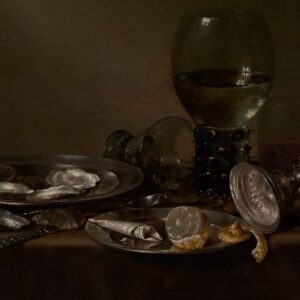 What a subject! And, in very truth, for once, a “strangely neglected” one. Oh, I know you can hardly open a newspaper...
© LitHub
Back to top