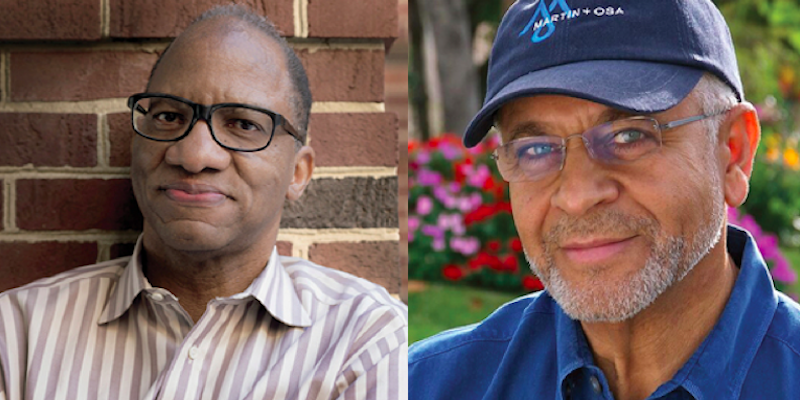 Journalist and acclaimed author of The Butler and Showdown Wil Haygood joins Michael Schultz to present Colorization, his kaleidoscopic, deeply-researched history of Black cinema. Using the struggles and triumphs of the artists, and the films themselves—from Gone with the Wind to Blaxploitation films to Black Panther—as a prism to explore Black culture, civil rights, and racism in America, Haygood makes clear the effects of changing social realities and events on the business of making movies and on what was represented on the screen: from Jim Crow and segregation to white flight and interracial relationships, from the assassination of Malcolm X, to the O. J. Simpson trial, to the Black Lives Matter movement.

*
On Haygood’s inspiration for the four-year project:

Wil Haygood: I think in a way, it started when I was a kid. In the 1960s when I was a kid, my mother, in Columbus, Ohio, she would give me 50 cents every Sunday to go to the movies. These were my first forays alone outside of my home. I went to the Garden Theater on North High Street. And here I am, 8, 9, 10, 11 years old, sitting there looking up at a 60-foot-wide screen. It really was the magic of cinema.

The stars that I looked at and fell in love with were Doris Day, Liz Taylor, Lee Marvin, Robert Mitchum, Paul Newman, Yul Brynner. And all these people had one thing in common: they were all white. I never—at the Garden Theater as a kid—saw a black actor on that screen.

Then I went away to college in the 1970s. And when I would come home for the summers, there was a movie theater downtown called the Southern Theater, and they were showing black movies. Shaft and Truck Turner and Super Fly and Foxy Brown. It showed me that there were two different mindsets when it came to cinema. You saw more whites in the black films than you saw blacks in the white films. One could look around the world on the movie screen and not see very many blacks.

So I go on in life, and I become a newspaper writer, and I write this story about this White House butler who worked in the White House under eight presidents, and it ends up on the front page of The Washington Post. He came out of segregation, of course, Eugene Allen, and he lived to see the nation elect its first African American president. I wrote this big story about him, and then Hollywood bought the rights to this story. And so I’m down in New Orleans on the movie set with Oprah Winfrey and Forest Whitaker and Vanessa Redgrave and Jane Fonda and Robin Williams—just a great, multiracial cast. And one night there was a soiree hosted by the film’s director, Lee Daniels. And as I’m looking around the house, I just said to myself, wow. Someone needs to write about this moment. Cinema history. Black and white actors and actresses who really wanted to make this movie. They all took pay cuts, lower salaries than what they would usually get. What a moment.

And I just kind of said it. And then Terrence Howard, the actor, he was also in the movie, he walked over to me and he looked at me and he said, “You’re the writer, so you ought to write that book.” I really think the seed had been planted then, but it was connected to my love of films when I was a kid.

Wil Haygood: We were teenagers, mostly in high school, but we had never had a high school movie with black students showing their joy, their madcap hijinks and all that. So when Cooley High came out with that lovely soundtrack, we were transfixed. We went to see it two and three and four times, because we could relate. Cinema had never, up to that point, really offered a diet of films that we could choose from. That was such a seminal movie. It was sweet, it was tender, it was heartbreaking in some places. It was just vital to us to see that movie. Lawrence Hilton-Jacobs and Glynn Turman, Cynthia Davis, Garrett Morris. It was just vital to us to see people who looked like us on screen. Not many of us knew who you were, but we later found out and said, wow, he did Cooley High? That really gave you big-time props.

*
On the importance of representation:

Wil Haygood: In the 50s, the country was very segregated. The 60s, still segregated. The 70s, still mostly segregated as far as where people lived. And so many people would go to the theater and that image of someone black—Harry Belafonte, Sidney Poitier—on screen, that, in their mind, was someone speaking for the whole race. Even if they weren’t really speaking for the whole race. Somebody could walk out of the theater and think that.

I was a foreign correspondent on newspapers, and I traveled overseas a lot, and often if I was in a nation that was mostly white, and I was having dinner with someone—and I’m talking like in the late 1990s—somebody invariably asked me if all blacks in America had guns. And I said, why in the world would you think that? Heavens no. And they said, well, because when I watch your movies, all the blacks always have guns and they’re always shooting. So just like you said, that image goes a long way, and it carries a powerful message.

I think that’s why Sidney Poitier, in the movie Guess Who’s Coming to Dinner, you know, he is engaged to a woman who is white. And they have one kiss during the whole movie. His fiancée! Who he loves! She loves him! They’re getting ready to get married. One measly little peck. The power brokers in Hollywood, that was as much as they thought society could stand. This black man with this beautiful blond—never mind that this black man was a Rhodes Scholar and had all kinds of credentials. The attitude swimming off that screen was that this black man had to be overwhelmingly stellar to deserve her.

Filmmaking, when it comes to race in Hollywood, has lagged behind what is happening out on the streets. There have been multiracial couples for decades. But cinema didn’t dare walk up that road. Cinema has a lot of catching up to do with what’s really happening in this country. Things have certainly gotten better in the past three or four years.

*
On the obstacles behind making The Butler:

Wil Haygood: The studio who had optioned it dropped it. And then Sheila Johnson and Laura Ziskin, they both went about raising the money with Lee Daniels. They had to go out and raise the money themselves, and they got about 40 investors, raised the money to make the movie, and then it opened number one at the box office. Number one at the box office for the first week, the second week, and the third week. We’re talking about a movie that Hollywood did not want to make. And it stayed in the top ten for like the first eight weeks. And it made money; it made everybody money.

There was a study that came out a couple of years ago—and I write about it in the book—that Hollywood leaves billions of dollars on the floor because they do not make diverse movies. They often say, oh, we really don’t care if it’s black or white, we want to make money. “No business, no show,” as that quip goes. But look at Black Panther. I mean it knocked Hollywood and the world for a loop. The kids and the teenagers, they will go see black artists. They will. We have to give them the movies. And the boardrooms and Hollywood have to have more color. They just do. More colorization in those boardrooms, in those marketing meetings. That means something.

*
On the Oscars So White movement:

Wil Haygood: 2014, there were no black nominees. 2015, there were no black nominees. It was shameful. It was awful. And the movie business ended up on page one of newspapers all around the world for the wrong reasons. They did not want to be on page one for that reason. And here you have a place that is supposedly liberal, and this happens two years in a row. There have always been white executives who have fought hard to make movies more representative of this country. You go back in the 50s and 60s—Ralph Nelson, Stanley Kramer—there just have never been enough of them. But I think now that the movement has been unleashed, it’s here to stay.

The Lives of Dangerous Books: On the Explosive Rise of Literacy in Tudor England 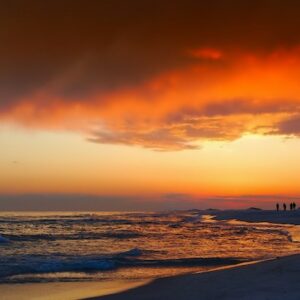 Given the choice of dozens of possible places to call home—to start over—I chose Florida. Being of (mostly) sound mind...
© LitHub
Back to top