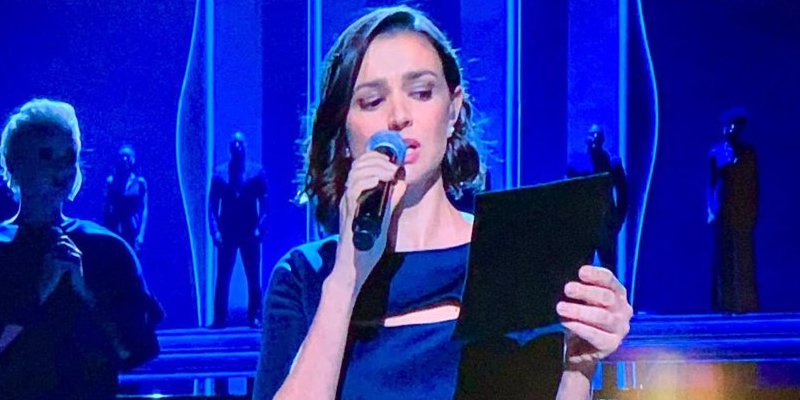 I am not generally a fan of awards shows (I don’t want to go to someone else’s work banquet, sorry!), so I didn’t tune in for last night’s Grammys. This morning, though, I was delighted to see that Ukrainian poet Lyuba Yakimchuk took the stage (accompanied by Ukrainian musicians Siuzanna Iglidan and Mika Newton and also… John Legend) to read an affecting poem from her collection of war poetry, The Apricots of Donbas.

Zelensky’s speech was followed by a performance of “Free” by singer John Legend, who was joined by Ukrainian singer Mika Newton, bandura musician Siuzanna Iglidan, and Ukrainian poet Lyuba Yakimchuk, who performed her “Prayer” poem in English. pic.twitter.com/jCzrcdEqf9

While it’s easy to be cynical about tributes to Ukraine sharing space with, say, Louis C.K. winning best comedy album of the year, I’m genuinely glad to see poetry (poetry in translation, especially!) featured so prominently, and for a Ukrainian poet herself to be the one to deliver the message.

Yakimchuk gave her reading just after a pre-taped speech of Ukrainian President Volodymyr Zelenskyy, in which he contrasted the sounds of music to the “horrible silence” of Russian bombs. “Fill the silence with your music,” he said. “Fill it today to tell our story.”