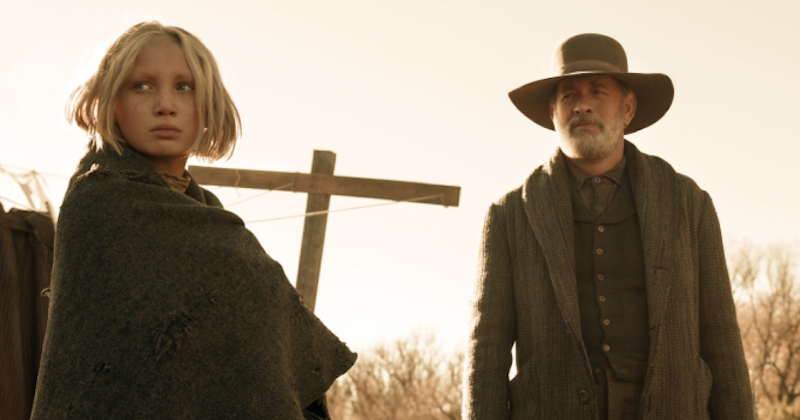 WATCH: Tom Hanks tugs at your heartstrings in the first trailer for News of the World.

Paulette Jiles’ 2016 historical novel News of the World—about a traveling nonfiction storyteller and veteran, roaming the small towns of Texas in the aftermath of the Civil War, who agrees to transport a 10-year-old girl, taken in by the Kiowa six years earlier and raised as one of their own, back to her people in San Antonio—is, to my mind, one of the loveliest works of fiction of the last decade. A vivid and propulsive adventure tale, full of rich period detailing and intoxicating prose, with a exquisitely rendered odd couple relationship at its center, News of the World is a book I’ve been pestering people to read for almost four years now.

I say all this to let you know that you’ve got just two short months to read the novel before its movie adaptation hits theaters (well, probably not theaters, but you know what I mean) on December 25.

Does it look a wee bit treacly? Sure. Will I be watching it on Christmas Day as I sit here in Texas, COVID-separated from my family? Almost certainly.