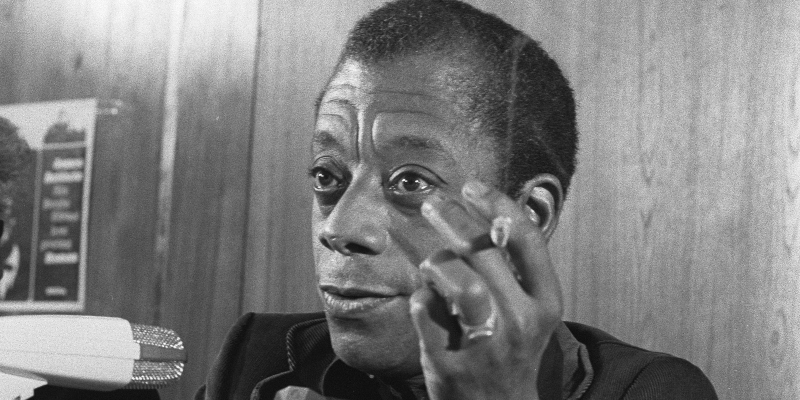 Thank goodness for archives. A Closer Look, Inc., a project of storied producer and documentarian Joseph Lovett, has made it their mission to promote health- and social justice-related historical materials through film—and among said materials is an unaired ABC 20/20 profile on James Baldwin from 1979, when the show was still new.

Then-young producer Lovett was assigned the profile, pegged to the publication of Baldwin’s nineteenth novel Just Above My Head. Lovett was excited to meet one of his heroes: “I had been reading [Baldwin] since I was a teenager and I thought he was brilliant and brave and speaking to the moment of history that we were all living in. I was thrilled, I was beyond thrilled.”

The crew arrived early, cooked Baldwin breakfast, woke him up, and interviewed him before he had a chance to have any drinks. The interview went swimmingly: says Lovett, “He was utterly brilliant. We couldn’t have been happier.”

Yet the segment was never aired. Lovett was sent out on other assignments, and still there was no further mention of the Baldwin piece. When Lovett finally asked when it would air, he was told it had been canned, because: “Who wants to listen to a black gay has-been?” Says Lovett:

I was stunned, I was absolutely stunned, because in my mind, James Baldwin was no has-been. He was a classic American writer, translated into every language in the world, and would live on forever. And indeed he has. His courage and his eloquence continue to inspire us today. And it’s a wonderful thing.

Indeed, Baldwin’s courage and eloquence come through clearly in the 20/20 profile. The ten-minute segment, which you can view below, includes footage of a rehearsal of Baldwin’s play The Amen Corner at Lincoln Center; Baldwin at the Police Athletic League’s Harlem Center answering a young reporter’s question about Black writers’ chances of success; Baldwin and his family in the Manhattan apartment building they live in, which he bought with his writing earnings; and Baldwin in conversation with journalist Sylvia Chase discussing his childhood as a Black boy, his choice to publish explicitly gay writing in Giovanni’s Room, rage, and white fear. It’s evident Lovett’s boss’s assessment was wrong—hindsight really is 20/20.